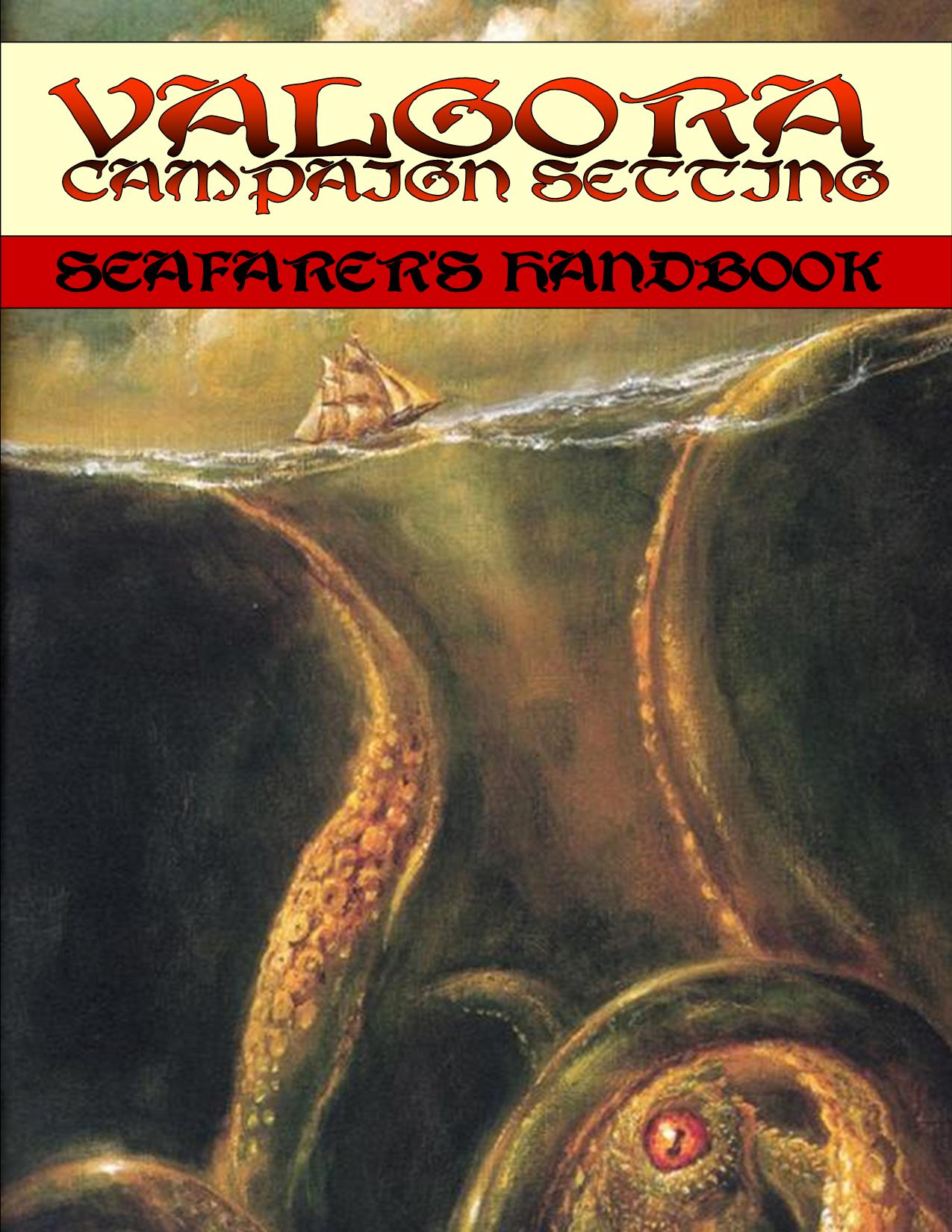 All across Valgora lays the blue surf of the last great uncharted areas. Those regions below the waves that exist in a strange and foreign environment. From the riverbed to the oceanbottom, this guide can assist player's looking to spend their days above or below the Deep Blue.

Whether it's the beautiful and dangerous island or the deep and dark ocean trench, the waters of Valgora provide many interesting sights to be seen.

The Grey Mist Span
The spooky coast off of Vren Drux

North Point
The small island off the northern coast of Blüdfrost

South-Western Landmass
A recently spotted and as-of-yet unnamed/unclaimed large landmass to the southwest of Malsvir, being referred to as X

Amphibious
The Amphibious is a birth feat for a character able to live both on land and in water.

Balance
The Balance Skill can assist characters when traveling via ship on rocky waters.

Climb
The Climb Skill can assist characters getting up ship rigging and masts.

Craft
The Craft Skill can assist characters in an aquatic setting craft water crafts for travel or profit.

Swim
The Swim Skill is one of the most basic and most important skills for a character who will be spending any great amount of time in the waters.

Control Water
The Control Water spell allows a character the height of the water around them.