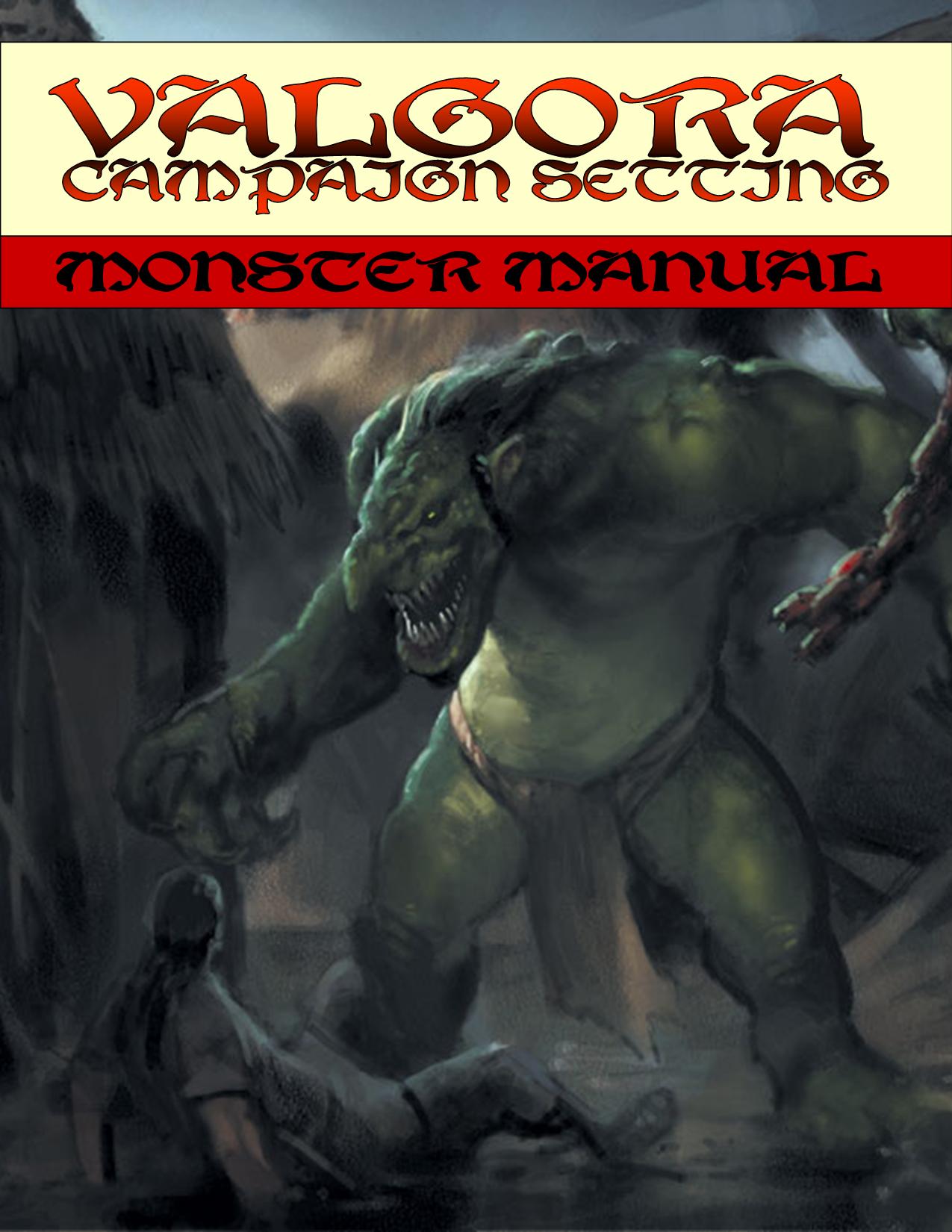 They came in the night. Took the strongest men first. Nasty jungle trolls of unimaginable cruelty. How blessed those men must of been to have received their death quickly, for the women experienced a fate far worse.

No land is void of more hostile species, and Valgora has its fair share of things that go bump in the night. The more savage races of the land exist in racial wild spots throughout the known world. Twotone Trollbane's Traveler's Tome has a very good guide as to which races are found where. The main Vrentroit-bound roadways are the safest paths of travel from most of the barbaric races, but more civilized bandits may still abound there.

Some monstrous individuals do not adhere to the savage ways of their people and embark out into the world to carve their own spot in it. These travelers may be heckled and lampooned all their days just for their race, and may find it hard to find work or friends. Players wishing to play such a race should speak with their Dungeon Master for both permission to do so, and discussion as to how the choice could effect the player.