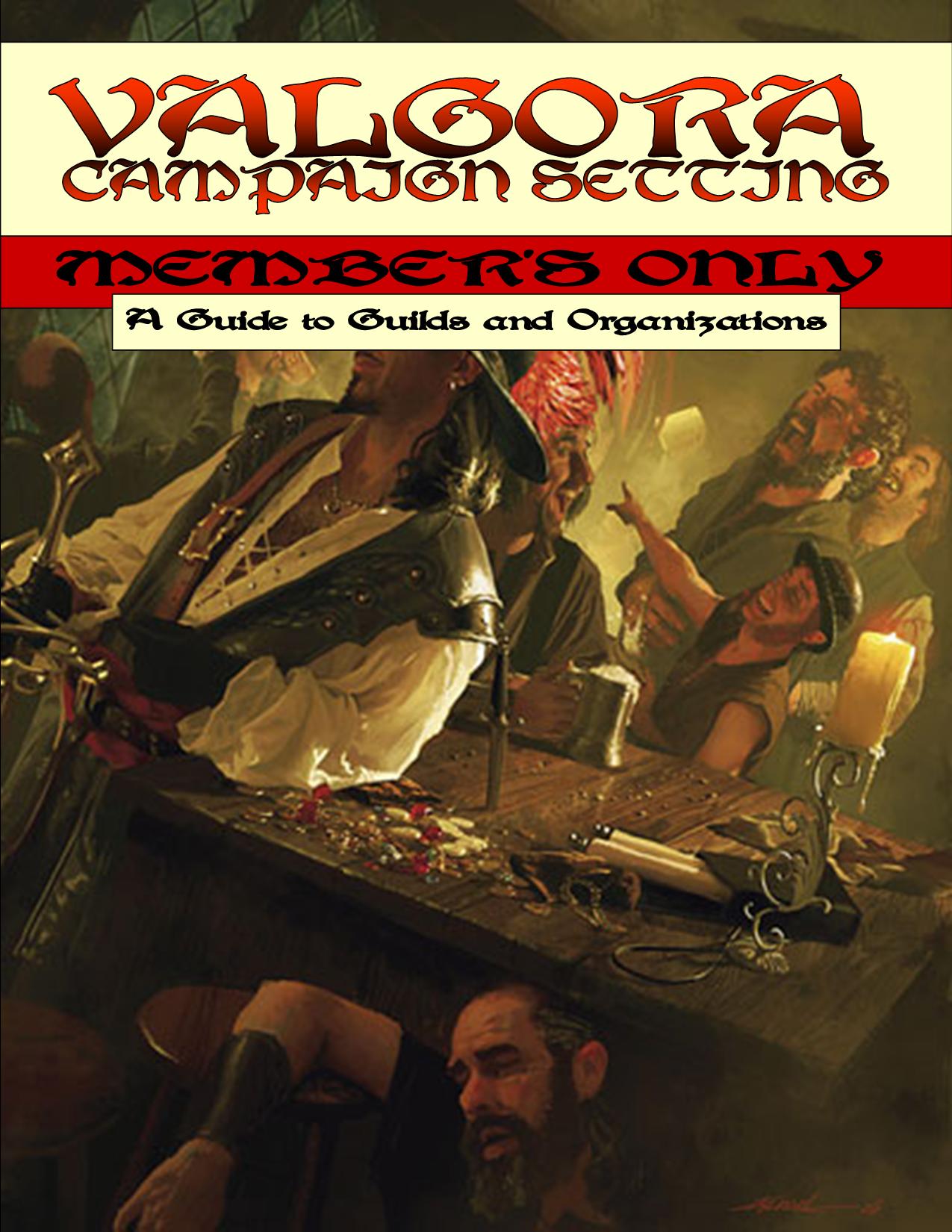 The vast lands of Valgora have born witness to numerous groups of citizens rallied together for certain causes. Political groups and coalitions form to improve or remove government, religious organizations gather to honor the gods, while merchants band together to protect shipments and increase profits. Regardless of the reason, certain groups proper while other flounder. Below are some of Valgora's more notable organizations.

The world's most seediest self-promoters band together to sell off stolen goods and make a living. They have their front as the Bucket of Blood tavern and inn chain across the globe, where they meet in private to do business.

The merchants who make their living along the world's busiest road have banded together in a loose alliance to assist each other with protecting stocks and goods, and to keep prices regulated for profits across the board. The Union is known to strongarm independent merchants into joining or leaving town.

A peaceful grass-roots movement centered around the Avendoln Peninsula inside the Kingdom of Ghikva in hopes of gaining legal rights to become it's own independent state, with Port Denason as it's capital.

Where there is Love, there is beauty. However, where there is Lust, there is the Order of JuWell. These followers of passion journey the world spreading the belief in self satisfaction and fulfillment (and usually an STD or two).

The world's most famous Paladins who fight together in the name of Vargach are those who are members of the Order of Vargach. These paladins stand for light, good, and freedom. They can be called upon to seek out injustice and evil anywhere in the world. Their headquarters are in Talara where reigning Order leader Azule StrongArm resides.

An attempt by the Allied Parliament to help ban together member states and promote national pride, the Ghiknifal has found minor success in some states (with other states joining only grudgingly). The league is currently in financial straights and looking for new owners to pour money into it. Could become profitable if it stays afloat another couple of years.

The world's finest (well, only, so of course finest) Hockey League. Dominated every year by The Cape Beckon Brawlers, the league is a top draw in Blüdfrost.