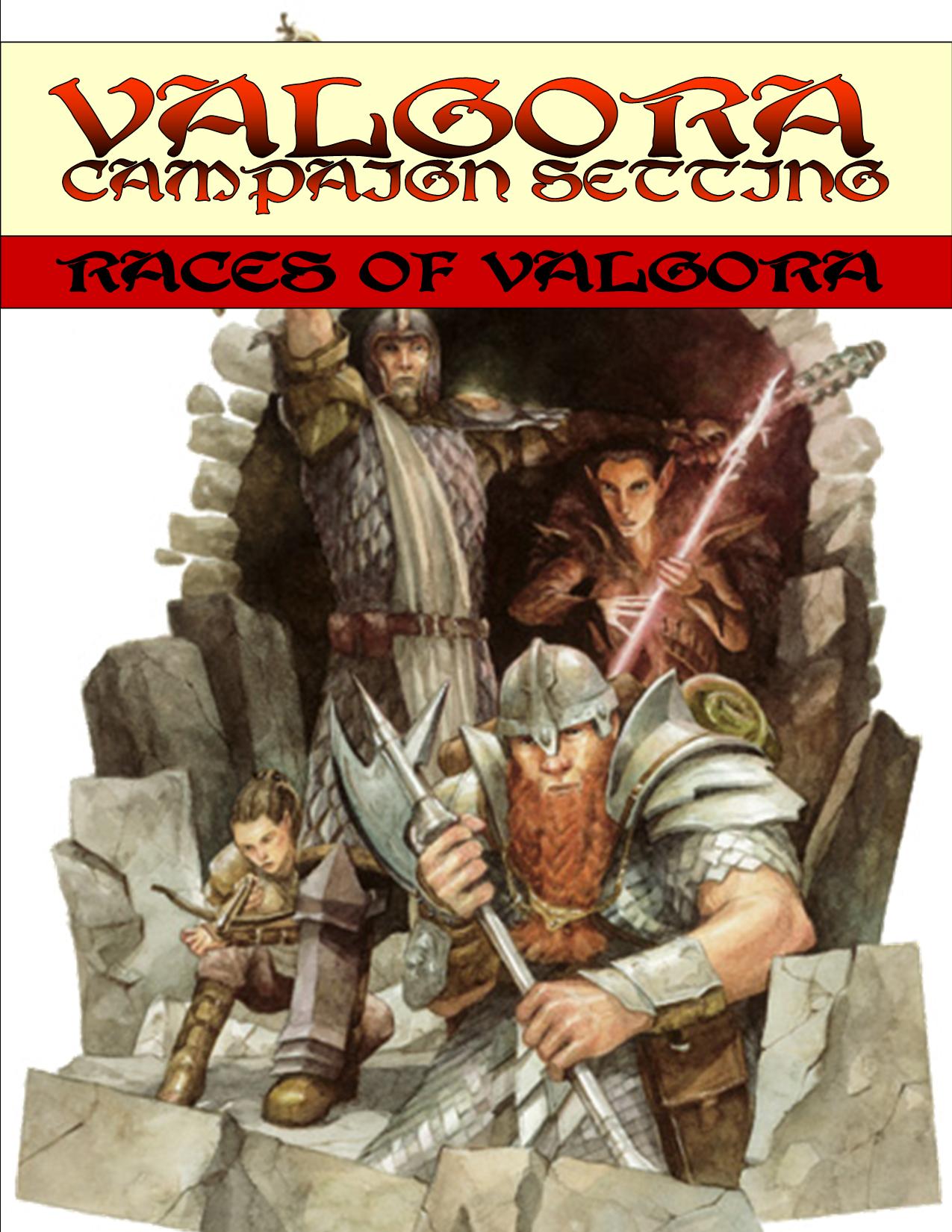 Valgora enjoys an immensely diverse population. Humans vastly outnumber all other races, and can be found among any of the lands of the known world. The vast majority of the draconic population can be located in the northern lands of Ghikva. Intermingled in those same lands are major tribes of Orcs, Elvish societies, and Dwarven encampments. The southern continent is home to the great halfling population of Valgora, the capital of the Gnomes, and home to the tribal human populace. Hesjing, as a major port town and an island, enjoys some of every race. Many aquatic beings also spend time on the island.

Spread out among the entire land one can find any race known to man, and some that aren't. However, these other races, such as the mighty minotaurs and the unpredictable fey, do not have a large enough population to hold political power throughout the lands of Valgora.

Potential players in a Valgora-based campaign should be aware of the available choices they have to pick from by their Dungeon Master. The races listed here highlight the known world's inhabitants, each of which provides a possible racial choice for said player. However, races not listed here, homebrew or otherwise, may still be allowed by the Dungeon Master and become another minor race in Valgora.

The racial demographics of Valgora define the population sizes (known at least) of each major race, as well as where you can find them in the world. Members of minor races are not shown because, on a global scale, their population size is inconsequential. As such, players of minor valgorian races may find themselves getting strange looks.

Valgora's extremely different terrains and climates have bred races born to withstand and survive in these separate conditions. As such, all base races use their elemental and climate variants depending on the region they reside in. For instance, a dwarf from Blüdfrost would actually be an arctic dwarfUA or a glacier dwarfFB while a dwarf from Rendigo would actually be a jungle dwarfUA. Common sense can be used by the Dungeon Master to insure that the proper elemental or climate version of a base race is used in regards to the character's home during the character creation process for Valgora campaigns.

In addition to these base racial variants and at the Dungeon Master's discretion, additional races found in other Dungeons & Dragons supplements or campaigns may be used by the character. These races are included below for convenience.

For a listing of optional races a player may wish to roleplay, click here. Please keep in mind that any race chosen from here should be discussed with and have approval from the Dungeon Master