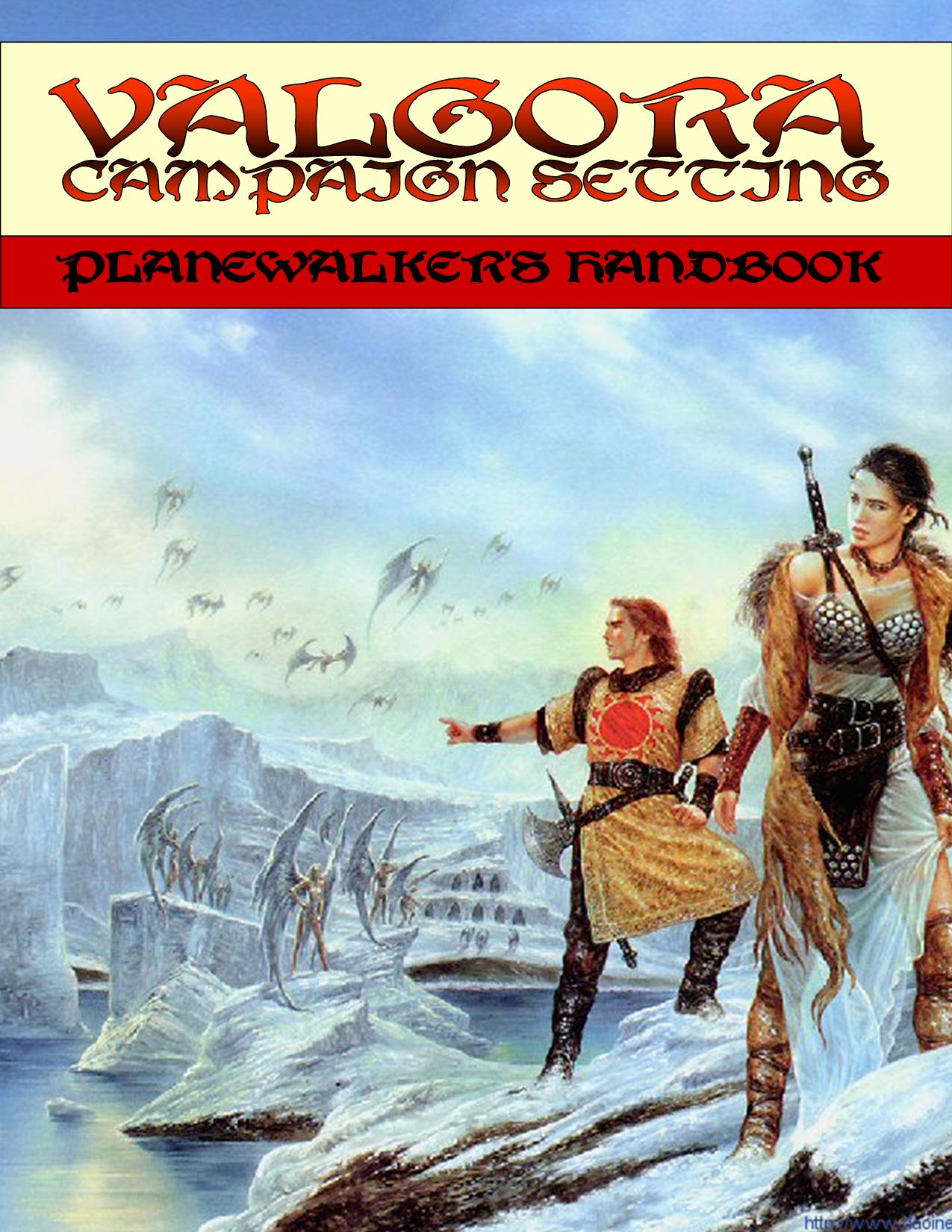 Traversing the spans of the Valgorian Multiverse can be a very rewarding, yet dangerous, path for an adventurer to take. The information provided here is to aid a player in his trans-planar travel.

See: Manual of the Planes

A few locations throughout Valgora actually hold natural portals to other planes of existence which favor the area the portal is located at. These areas provide planar travel without the need of spells or equipment. However, few know of their existence. As such, most who travel through them do so accidentally.

For a comprehensive table of all natural Valgorian portals, please see here

Below are ways to create or improve/outfit your character in a campaign dealing with planar travel.

Conduit of the Lower Planes
A walking embodiment of evil.

Planes Walker, Mountains
A warrior who calls forth the Elemental Plane of Fire.

Celestial Beacon
A force of good who infiltrates even Hell.

Hellwalker
A planar traveler through the plane of Hell.

Knight of the Order of the Union
An individual seeking to pull all planes of existence into one Omniplane.

Paragon of Light or Paragon of Darkness
One at peace and attuned to their celestial or abyssal/infernal heritage.

Contact Other Plane
A method used to communicate across planes, usually for advice or to plead for assistance.

Planar Ally
Summons an outsider to assist the caster.

Planar Binding
A spell that attempts to trap planar travelers.

Planar Turning
Allows one to turn or rebuke outsiders as if they were undead.

Amulet of the Planes
Grants wearer the ability to use the plane shift spell.

Codex of Infinite Planes
A powerful and dangerous book on the planes.

Planewalker Outfit
A lighter version of the Planshifter Outfit.

Staff of Planar Might
Grants immunity to the wielder from planar traits.

Sword of the Planes
A weapon attuned to whichever plane it is on.