The second largest State in Ghikva, second only to Ghikva Proper, is the humble commonwealth of Rendigo. Rendigo itself is divided into 24 districts, each overseen by a local Duke. 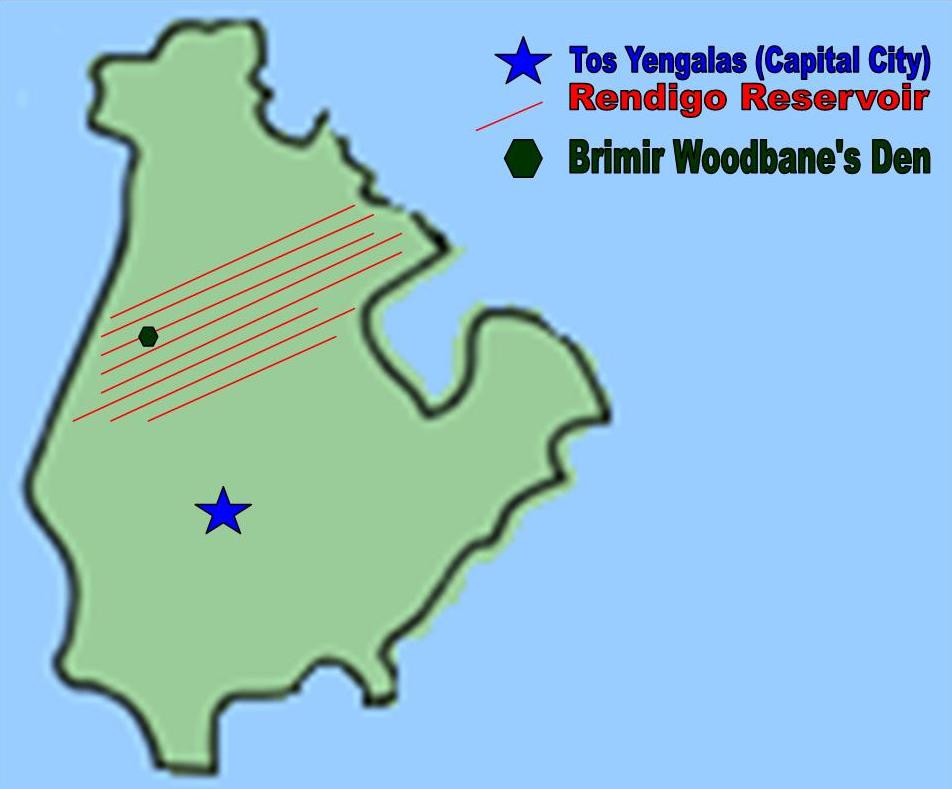 A Novice Cartographer's map of Rendigo

Tos Yengalas is the largest city within the state, though it still only houses around 150,000 residents in its limits and surrounding area.

The Rendigo Reservoir is a large block of land set aside for legal hunting. Hunters the world over pay great money for a ticket into the grounds, as it houses some of the most elite skilled hunting known. About 30 percent of annual hunters are killed by their target. Rumors have it that thieves and petty criminals use the Reservoir to hide out from local law enforcement. The den of the lord of lycanthropes, Brimir Woodbane, is rumored to be within the reservoir.

The Dukes gather for the Rendigo Senate in the state's de facto capital of Tos Yengalas along the Corestine River. The Duke's elect a representative from amongst themselves once every four years to represent the state in the Allied Parliament. These dukes are usually prominent nobles from ruling houses in their home district and are well loved (or at least well known) in said area.

Great hunters who have made their name in the Reservoir have gained great fame and fortune for said acts, and have huge supporters and infamous legends all around.

The Rendigo Ravagers are the most underperforming hockey team in known history, and the Ghiknifal sanctioned Corestine Cougars haven't had a good year since they lost star goblin coach Bmen Giantfang.