This setting takes place in the fictional, swords-and-sorcery world of Hyrule. The Kingdom of Hyrule is presented in most entries of the Legend of Zelda video game franchise. This setting assumes that each entry in the official franchise is a literal legend, or a twist on a traditional story told in the same universe. In this sense, any campaign under the Hyrule can be considered another, different legend in the same realm of myth. However, in this particular legend, rather than a single boy clad in a green tunic, the adventure instead revolves around a small group of legendary heroes or antiheroes. Certainly, they will be more diverse than blonde hylian swordsmen.

In terms of narrative and style, this setting is similar to the expected norm of the 5th Edition of Dungeons & Dragons. There is, however, expected a greater focus on the dichotomy of light versus dark, and good versus evil. The trials adventurers can expect to see include a greater deal of prophecy and omens, as well as puzzles and riddles. Although magic is still sparsely studied, it is even less understood than usual, and spellcasting often arises from otherwise mundane creatures completely devoid of sentience or blessing. Magical effects in general occur frequently, and some magic items—more than just healing potions—are a common sight in markets.

Hyrule is normally a peaceful place, with a relatively sparse population of monsters. Within the past few years in particular, however, there has been a surge of increasingly numerous and increasingly violent outbreaks of these violent creatures. Tensions between the races are rising. Bridges are drawn. Doors are locked tight. A sense of anxiety and dread hangs over the populace. Scholars of history will recognize these symptoms for what they are. A beast of immense power and great evil is rising to power, whether it be the legendary demon beast Ganon, the cursed Mask of Majora, or something altogether different.

As times grow darker, and the evil verges on overtaking the kingdom, the people turn to their gods, praying for hope, for salvation, for a hero to shine among them. Will the sword of evil’s bane shine once again? Will the Triforce glow for the forces of good? Or will evil truly triumph in Hyrule’s darkest hour? The answer lies in a small group of unlikely heroes—or villains.

In Hyrule, there is a stark difference between monsters and other creatures. Monsters arise almost exclusively from the presence of a great demon or other evil entity, as if they were living omens, and populate the land in mysteriously greater numbers and with greater strength the more powerful that evil entity becomes. As such, monsters are inherently tied to supernatural forces, which becomes most apparent when they are slain. The corpse of a monster bursts into dark smoke, evaporating entirely.

To make the game feel more “Zelda-like,” use the following variant rules.

Spellcasting classes available to player-characters use a version of the Spell Points variant rule described on page 288 of the Dungeon Master's Guide, referred to in this setting as Magic Points.

Magic points are used primarily to cast spells, and replace spell slots in this setting. Casting a spell requires the expenditure of a specific number of magic points. (See the adjacent table.)

Spells of 6th level and higher are particularly taxing to cast. Once a character casts a spell of 6th, 7th, 8th, or 9th level, the character cannot cast a spell of that level again until after completing a long rest, even if there are magic points to spare.

Magic points are fully restored after a long rest. Some class features and magic items can restore a limited amount of magic points.

Any character with stamina points can expend them in place of magic points. Doing so simply requires expending 1 stamina point for every 1 magic point that would need to be expended, but doing so is extra taxing on one so any stamina points used in this way do not replenish until the character completes a long rest. Otherwise, stamina points are fully replenished upon completing a short rest.

A called shot generally aims for wherever the target is most vulnerable, such as gaps in a warrior's armor, or the large eye of an exposed insect. This kind of called shot maximizes the damage dice rolled on a hit (e.g., treating 1d8 as simply 8), including any extra dice rolled as part of a critical hit or from other sources.

Some creatures in Hyrule have specific weaknesses to called shots made against a part of its body, referred to as a "weak point." Generally, a player-character should be able to identify a weak point fairly easily unless it is specifically concealed. Making a called shot targeting a specific weak point (e.g. "I aim for its tail") induces a particularly debilitating condition or extra damage, as described under the Weak Point trait of a relevant creature.

When determining initiative order in combat, every participant makes a Wisdom check instead of a Dexterity check. In Hyrule, initiative mostly represents the character’s ability to perceive enemies, detect threats, and jump to the mental conclusion to fight before others. It is much less considered a measure of physical agility. Hyrulean classes are balanced assuming this rule is used.

To help speed up combat, it is suggested that the DM have initiative scores for monsters rolled in advance. 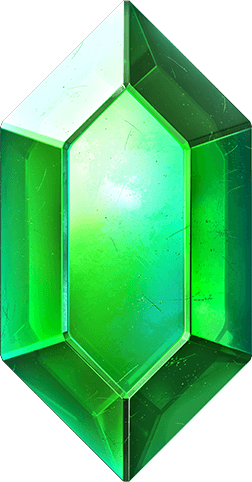 The primary currency in Hyrule is rupees. These appear as small, uniformly shaped crystal gems. Different colors of rupees are of proportionally different value. Just as a modern 10-dollar bill is worth 10 dollars, a Yellow Rupee is worth 10 “rupees.”

Conversions from gold pieces are listed below.

If the rupee is of the big variant, they are usually 100x their original value.

*Any item which would cost less than 1 sp effectively has a selling price of 1 rupee.

For the sake of simplicity, the DM could elect to use only green rupees (1 sp each) and yellow rupees (1 gp each) for all transactions.

If you do not meet the Strength score requirement of the armor you are wearing, you are restricted as though you lack proficiency with that armor. This means you would have disadvantage on any ability check, saving throw, or attack roll that involves Strength or Dexterity, and spells could not be cast.

Normally, the maximum score a player-character can have for any ability is 20. This can be considered the "soft cap."

Even in cases of these extremely powerful characters, an ability score can never—ever—be pushed above 30. This can be considered the "hard cap."