It is unclear how much artifacts were lost during the Gorge. There are still legends surrounding some armament or wondrous item that now floats, displaced in the void, waiting to be obtained once more. Since the fall of the gods, there is rumors about their vestiges scattered about the shards. People vie for that power to change their lives from mundane misery. Some of these objects are artifacts of great power, while others are just valuable due to mystique and their lore.

Keep in mind that some artifacts have only a guideline, so that the effects can be changed as needed to fit other uses. Others have stat blocks. Some which are only meant to exist for shock value and plot are not given statistics as they are not meant to be wielded by players.

These mcguffins are more meant to be quest items than actually used by players, even at epic tier. They therefore have only story potential and no stats.

This divine weapon is said to be a sword, spear, and axe in one. It was used by the gods twice in history: first to shatter pangaea in the Age of Flies, and again to sink the kingdom of Erunis during the Lost Era.

The legendary weapon of Vatar. It was a six-foot long staff which could materialize a hammer's head from the other end when held by a person worthy to wield it. Va Mor currently possesses it after she successfully overthrew Vatar. However, she is unable to summon forth the hammer's head, as the weapon does not recognize her worth.

The following items are more appropriate for players to wield. 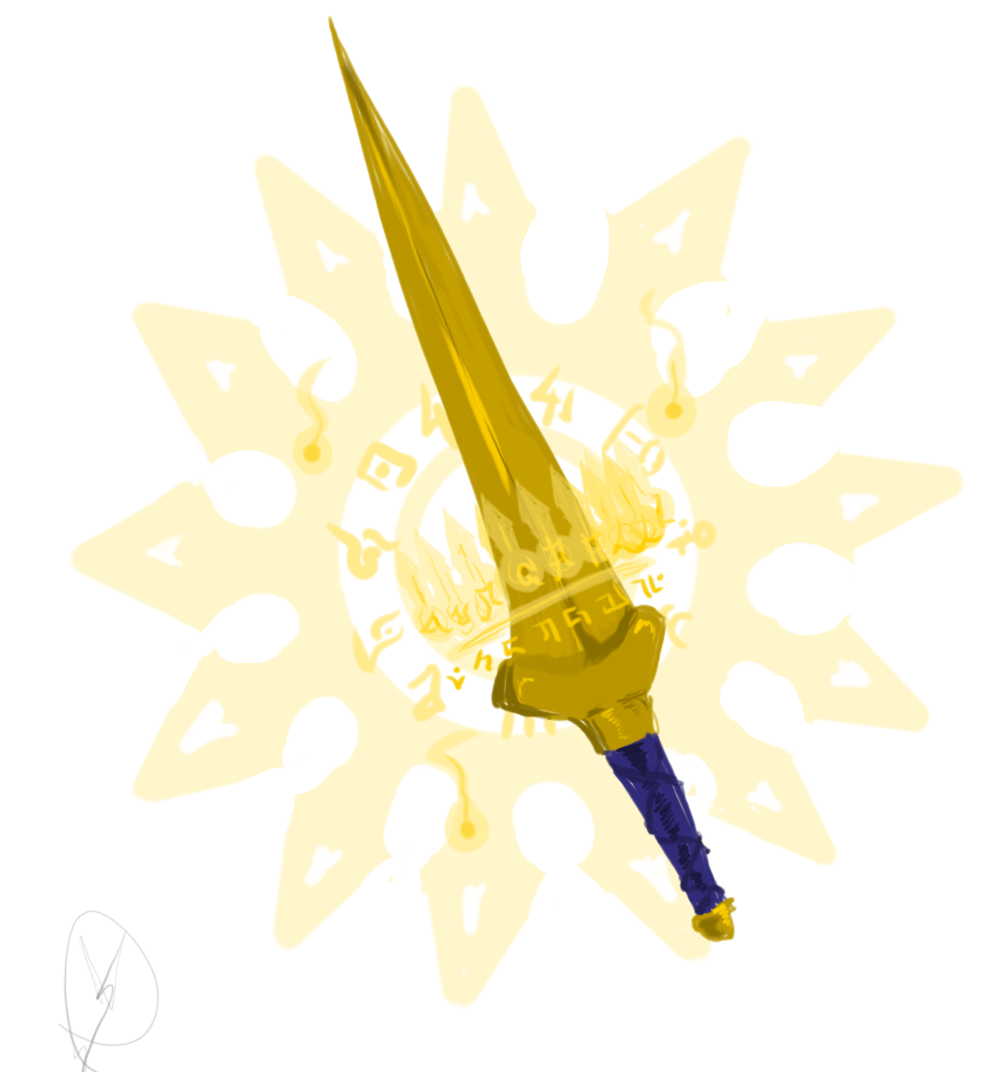 This weapon is allegedly a lost treasure from the Age of Kings. Its wielder is the legend who almost subjugated all three kingdoms under one rule before he vanished from history. The sword is believed to have been lost with him...

The blood on this robe has long since dried, becoming a rusty color. It is said to have been the raiment of choice for the goddess Yue, who would descend to the mortal world from her lunar home to chastise rulers for their unwise decisions. Woe onto those who spurned her warnings or laughed at her.

A ring rumored to be the last of its kind, capable of wonders one can only dream of. It operates supposedly like a genie's lamp, granting wishes.