The second-largest shard of the root level, Shomba hosts a lot of ruins and former civilizations, with mixes of pieces from the continents of Okut, south Dasoon and south Bevel. There are no nation-states here, but instead a smattering of cities and regions. Only a few cities are given note on most maps. There exist many towns which can disappear and rise overnight due to the turbulent living conditions and migrations of people on this shard. Despite that, many types of people still choose to call this place home.

Shomba has a special composition of climates and terrains due to its pieces. There is not much water here, and where there is in the swamps can create fetid environments. Thus this shard attracts many unsavory characters for its location away from the law. 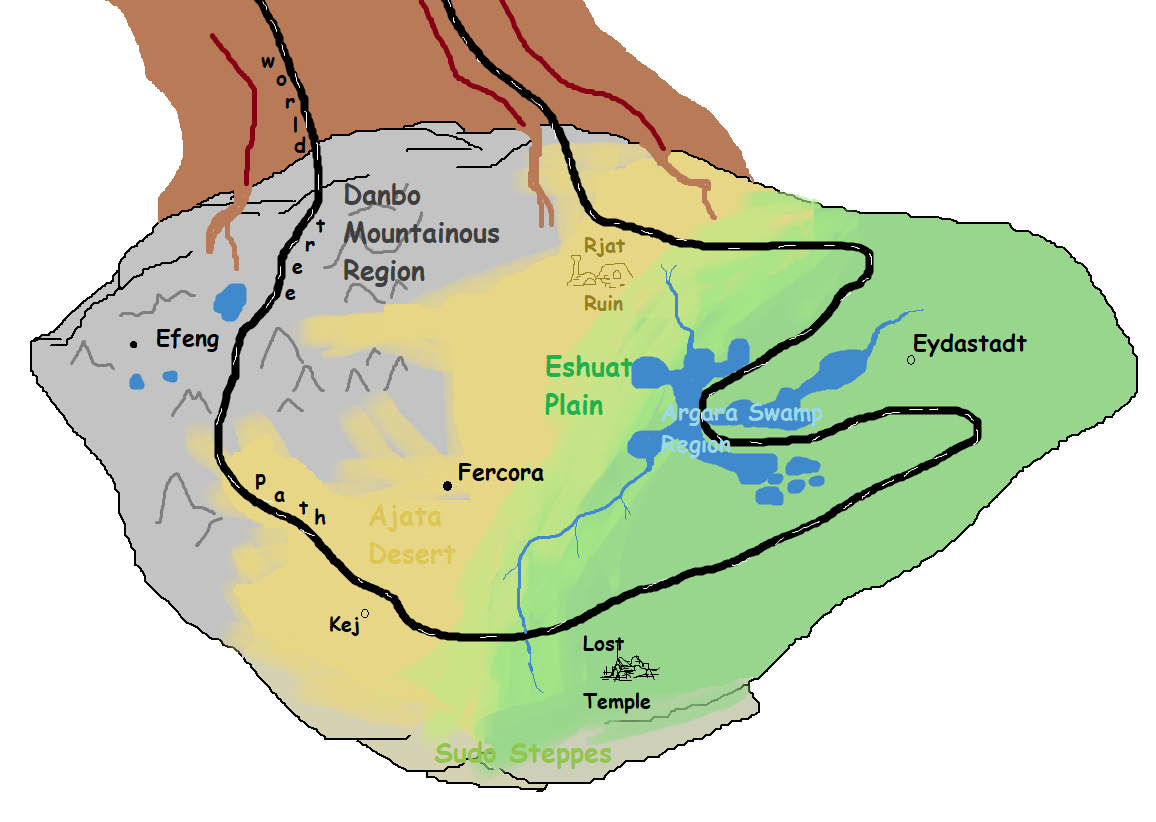 This city is a den for criminals, a haven for those who wish to operate away from the law's eyes. It is a crime-ridden city built off the greed and power of some of the most powerful factions of the blackest hearts in Shard Ne'Vaal.