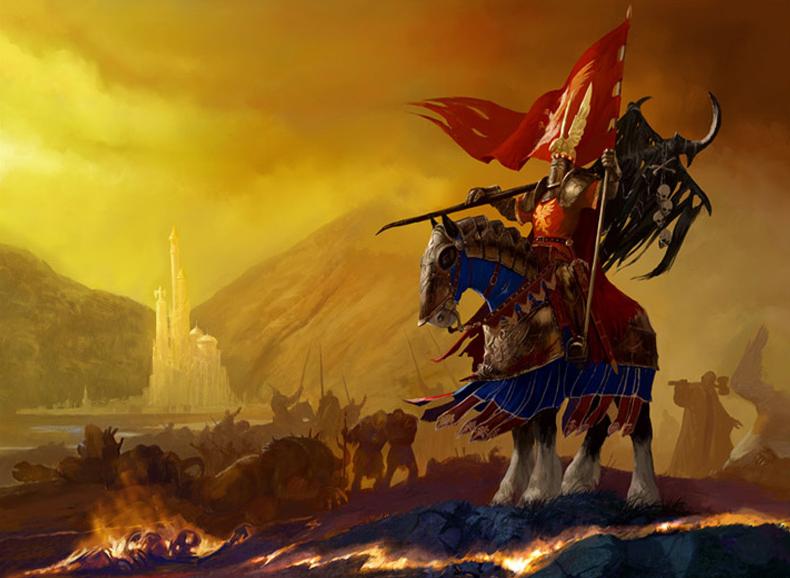 Paladin of the Order of Vargach[edit]

All of the following are class features of the Vargachian Paladin.

Weapon and Armor Proficiency: Vargachian Paladins are proficient with all simple and martial weapons, with all types of armor (heavy, medium, and light), and with shields (except tower shields).

Detect Evil (Sp): At will, a Vargachian paladin can use detect evil, as the spell.

Smite Evil (Su): Once per day, a Vargachian paladin may attempt to smite evil with one normal melee attack. She adds her Charisma bonus (if any) to her attack roll and deals 1 extra point of damage per Vargachian paladin level. If the Vargachian paladin accidentally smites a creature that is not evil, the smite has no effect, but the ability is still used up for that day.

At 5th level, and at every five levels thereafter, the Vargachian paladin may smite evil one additional time per day, as indicated on Table: The Vargachian Paladin, to a maximum of five times per day at 20th level.

Divine Grace (Su): At 2nd level, a Vargachian paladin gains a bonus equal to her Strength bonus (if any) on all saving throws.

Lay on Hands (Su): Beginning at 2nd level, a Vargachian paladin with a Strength score of 12 or higher can heal wounds (her own or those of others) by touch. Each day she can heal a total number of hit points of damage equal to her Vargachian paladin level × her Strength bonus. A Vargachian paladin may choose to divide her healing among multiple recipients, and she doesn’t have to use it all at once. Using lay on hands is a standard action.

Aura of Courage (Su): Beginning at 3rd level, a Vargachian paladin is immune to fear (magical or otherwise). Each ally within 10 feet of her gains a +4 morale bonus on saving throws against fear effects.

This ability functions while the Vargachian paladin is conscious, but not if she is unconscious or dead.

Divine Health (Ex): At 3rd level, a Vargachian paladin gains immunity to all diseases, including supernatural and magical diseases.

Turn Undead (Su): When a Vargachian paladin reaches 4th level, she gains the supernatural ability to turn undead. She may use this ability a number of times per day equal to 3 + her Strength modifier. She turns undead as a cleric of three levels lower would.

Like other spellcasters, a Vargachian paladin can cast only a certain number of spells of each spell level per day. Her base daily spell allotment is given on Table: The Vargachian Paladin. In addition, she receives bonus spells per day if she has a high Wisdom score. When Table: The Vargachian Paladin indicates that the paladin gets 0 spells per day of a given spell level, she gains only the bonus spells she would be entitled to based on her Wisdom score for that spell level The Vargachian paladin does not have access to any domain spells or granted powers, as a cleric does.

A Vargachian paladin prepares and casts spells the way a cleric does, though she cannot lose a prepared spell to spontaneously cast a cure spell in its place. A Vargachian paladin may prepare and cast any spell on the Vargachian paladin spell list, provided that she can cast spells of that level, but she must choose which spells to prepare during her daily meditation.

Once per day, as a full-round action, a Vargachian paladin may magically call her mount from the celestial realms in which it resides. This ability is the equivalent of a spell of a level equal to one-third the paladin’s level. The mount immediately appears adjacent to the Vargachian paladin and remains for 2 hours per paladin level; it may be dismissed at any time as a free action. The mount is the same creature each time it is summoned, though the paladin may release a particular mount from service.

Each time the mount is called, it appears in full health, regardless of any damage it may have taken previously. The mount also appears wearing or carrying any gear it had when it was last dismissed. Calling a mount is a conjuration (calling) effect.

Remove Disease (Sp): At 6th level, a Vargachian paladin can produce a remove disease effect, as the spell, once per week. She can use this ability one additional time per week for every three levels after 6th (twice per week at 9th, three times at 12th, and so forth).

Code of Conduct: A Vargachian paladin must be of good alignment and loses all class abilities if she ever willingly commits an evil act.

Associates: While she may adventure with characters of any good or neutral alignment, a Vargachian paladin will never knowingly associate with evil characters, nor will she continue an association with someone who consistently offends her moral code. A Vargachian paladin may accept only henchmen, followers, or cohorts who are lawful good.

A paladin’s mount is treated as a magical beast, not an animal, for the purpose of all effects that depend on its type (though it retains an animal’s HD, base attack bonus, saves, skill points, and feats).

Paladin’s Mount Basics: Use the base statistics for a creature of the mount’s kind, but make changes to take into account the attributes and characteristics summarized on the table and described below.

Bonus HD: Extra eight-sided (d8) Hit Dice, each of which gains a Constitution modifier, as normal. Extra Hit Dice improve the mount’s base attack and base save bonuses. A special mount’s base attack bonus is equal to that of a cleric of a level equal to the mount’s HD. A mount has good Fortitude and Reflex saves (treat it as a character whose level equals the animal’s HD). The mount gains additional skill points or feats for bonus HD as normal for advancing a monster’s Hit Dice.

Natural Armor Adj.: The number on the table is an improvement to the mount’s existing natural armor bonus.

Str Adj.: Add this figure to the mount’s Strength score.

Empathic Link (Su): The paladin has an empathic link with her mount out to a distance of up to 1 mile. The paladin cannot see through the mount’s eyes, but they can communicate empathically.

Note that even intelligent mounts see the world differently from humans, so misunderstandings are always possible.

Because of this empathic link, the paladin has the same connection to an item or place that her mount does, just as with a master and his familiar (see Familiars).

Share Spells: At the paladin’s option, she may have any spell (but not any spell-like ability) she casts on herself also affect her mount.

The mount must be within 5 feet at the time of casting to receive the benefit. If the spell or effect has a duration other than instantaneous, it stops affecting the mount if it moves farther than 5 feet away and will not affect the mount again even if it returns to the paladin before the duration expires. Additionally, the paladin may cast a spell with a target of “You” on her mount (as a touch range spell) instead of on herself. A paladin and her mount can share spells even if the spells normally do not affect creatures of the mount’s type (magical beast).

Share Saving Throws: For each of its saving throws, the mount uses its own base save bonus or the paladin’s, whichever is higher. The mount applies its own ability modifiers to saves, and it doesn’t share any other bonuses on saves that the master might have.

Command (Sp): Once per day per two paladin levels of its master, a mount can use this ability to command other any normal animal of approximately the same kind as itself (for warhorses and warponies, this category includes donkeys, mules, and ponies), as long as the target creature has fewer Hit Dice than the mount. This ability functions like the command spell, but the mount must make a DC 21 Concentration check to succeed if it’s being ridden at the time. If the check fails, the ability does not work that time, but it still counts against the mount’s daily uses. Each target may attempt a Will save (DC 10 + 1/2 paladin’s level + paladin’s Cha modifier) to negate the effect.

A Vargachian paladin who ceases to follow Vargach, who willfully commits an evil act, or who grossly violates the code of conduct loses all vargachian paladin spells and abilities (including the service of the vargachian paladin’s mount, but not weapon, armor, and shield proficiencies). She may not progress any farther in levels as a vargachian paladin. She regains her abilities and advancement potential if she atones for her violations (see the atonement spell description), as appropriate.

Lay on Hands (Su): Each day a vargachian Paladin can cure a total number of hit points equal to his or her Charisma bonus (if any) times his or her class level, as normal

Smite Evil (Su): The epic vargachian Paladin adds his or her class level to damage with any smite evil attack, as normal. He or she can smite one additional time per day for every five levels higher than 20th.

Turn Undead: The vargachian Paladin turns undead as a cleric of three levels lower, as normal.

Remove Disease (Sp): The epic vargachian Paladin can use remove disease one additional time per week for every three levels higher than 18th.