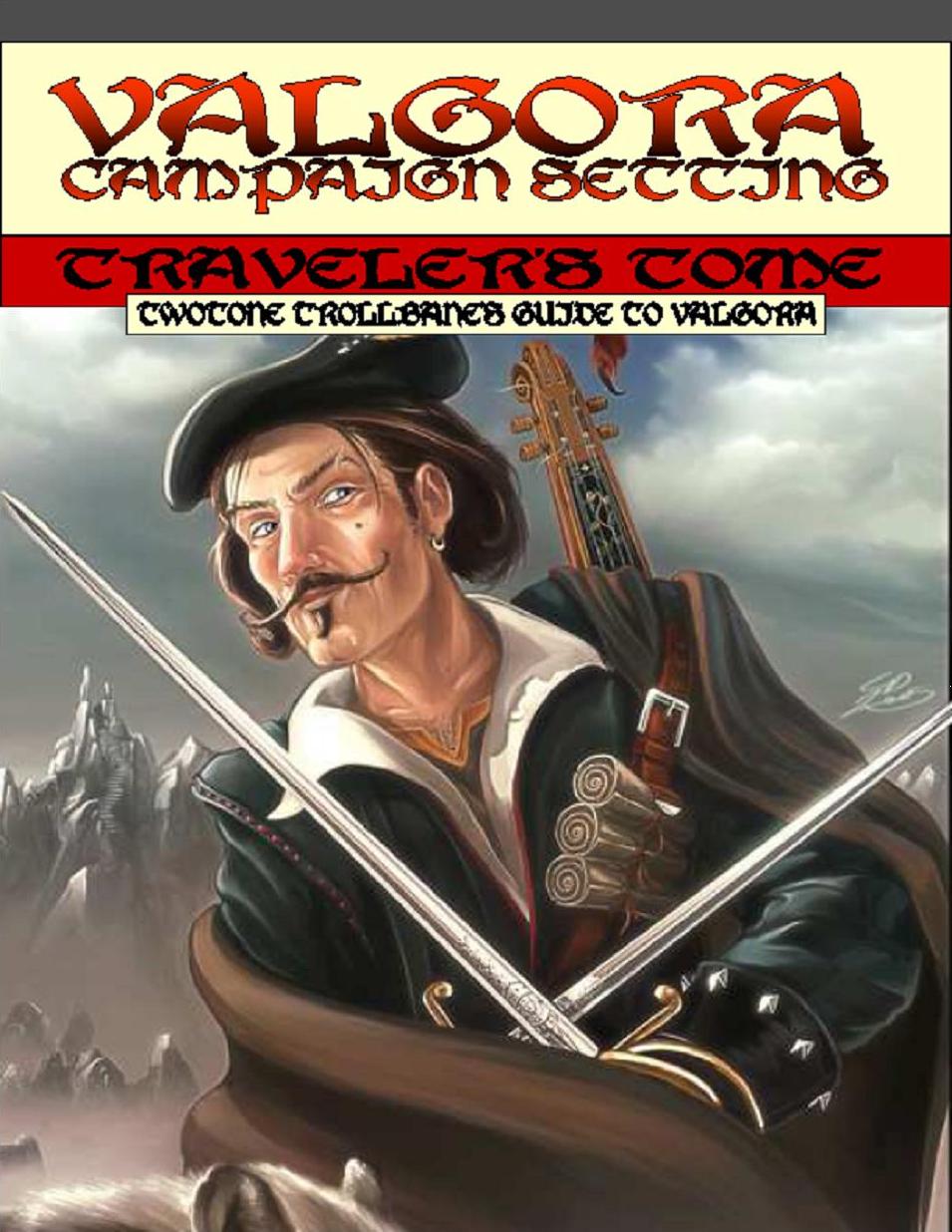 The grand city of Talara springs forth images of grand an exotic people and places in the minds of citizens the world over. Though not the largest city in existence, a title that belongs to Coilspring, Talara is arguably the most beloved and sought after. It’s inhabitants come from every region of the known world, and as such Talara has the most eclectic citizenship of any established City.

Since as long as sailing and travel by seas has been attainable, Sailors have visited the Island of Hesjing. Some of the first to discover the island left small percentages of their laborers to stay behind and begin to farm the island for natural resources to ship back to the mainland. Slowly, has war, evolution, or simple time separated the island denizens and the mainland, the island began to grow into its own.

Around 7113DY, the resident of Hesjing decided to form their own self-governing system, and sell their resources to their former countrymen as trade partners. Though this caused some strife, since by this point many countries had deposited residents on Hesjing, none dared declare war against the upstart City State, afraid another country may still consider it’s residents citizens, and in turn declare war on the attacking state.

Due to Hesjing’s location, it quickly became a successful port city and it’s resources grew at astronomical rates. Merchants flocked to the area to take advantage of the most exotic and active port’s steady business. Talara slowly expanded and grew more influential on a world basis, and its present day state is a testament to it’s people.

Talara is ruled by an elected Urathear (mayor), who serves for life. The Urathear has always been a descendant and member of the Caex House, though this is not mandated. The Council of Wards, made up respectively of representatives of each ward, elects the Urathear, who are themselves elected for ten-year terms by the people of their Ward.

Protection of the city and it’s residents is left to the Talara City Guard, who are known to locals by the affectionate title of Dockies, a slang term acknowledging the guard’s most common are of problems: the Docks. An Atlantean division of the Guard exists to maintain the subsurface order for any aquatic residents of the bay or other nearby areas.

Magical Mandates and Orders are controlled and regulated by the Order of the Watchful Eye, known colloquially as the Purple Order due to the color of their robes. These resident wizards, sorcerers, and other magical adepts council the ruling government on necessary magical mandates and investigate any unlawful use of magic.

Lastly, due to Talara’s docks being so active and busy, their exists a Talaran Navy which regulates the common traffic lanes between Talara and the mainland, as well as hunts down notable pirates and criminals causing harm on the city-state’s main industry.

Tourist’s typically think of Talara as having five main “districts,” though the city is actually divided into twelve Wards for governing purposes.

The unofficial Dock District consists of the Atlantean Bay, Argyle Isle, the actual Port/Dock area, and the immediately surrounding area where dock workers live, sailors visit, and merchandise is housed.

The “First Ward” as it is called in the press, consists of the Docks, the Naval base, the warehouses, and a small bit of residential and commercial areas that complement the rest.

Argyle’s Ward consists of Argyle Isle, the Atlantean Bay, and the immediate aquatic vicinity. Though Argyle Whitebeard is the Council Member, the only other true residents are the aquatic-dwelling Atlanteans of the bay, and as such most of his legislation is for their benefit.

The unofficial Trade District is made up of the main commercial hub of Talara, which exists just to the North East of the docks, and houses the main Market Square and numerous other businesses.

The Merchant’s Ward, usually represented by a leading member of the Merchant’s Guild, is the area known as Main Market Square and the northern half of the entire commercial district.

The South Central Ward is the southern half of the commercial district, and is home to most taverns and inns that travelers visit. As such, it is usually called the Traveler’s Ward and its representatives are usually concerned with tourism.

The area of Talara to the north of the Docks and Northeast of the market, where the noble class lives and the ruling body meets is known as the Government District, for obvious reasons.

The Temple Ward is located along the coastal cliffs north of the Docks and west of the market. Religious Orders are located throughout, and temples to numerous deities can be found here. A secular individual usually represents the region, and meets with a cabinet of advisors consisting of clergy from each faith in the ward, so that no particular faith pushes its views onto the other.

Known as the Royal Ward, this is the area where the Council of Wards holds meeting. It is also home to the Urathear’s home - which is Villa Caex; the People’s Court – where judicial matters are handles; embassies from other countries; Guard Hall – the headquarters of the City Guard, and it’s adjoining jail complex; and some of the most prestigious noble houses. The Palace Ward is located on the northwestern corner of the Island, north of the Temple Ward and west of the Noble Ward.

The Golden Ward is home to most of the noble mansions and villas, as well as a few businesses that provide services to the highest caste of citizens. The ward is located in the north central part of the Island, east of the Palace Ward, north of the Market Square Ward, and east of the Campus ward.

Known by many different arcane-inspired names, the Mage’s District consists of the area where magic users reside, the arcane schools, and adjacent facilities.

Known as Tower Row for it’s numerous resident’s tower structures, the mage’s that live here are a varied assortment of eccentric personalities and powerful casters. Numerous colleges exist here, with each being dedicated to a type or school of arcane magic. These colleges combined are known as the Talaran Arcana Institutive, and the ward’s council representative usually sits in on board meetings. One unrecognized school (meaning not a member of the institute) is dedicated to the Arcane study of Divine Magic. The ward is in the central eastern section of Talara, south of the Campus Ward, east of the Market Square Ward, and north of the East Central Ward.

The Campus Ward, home to the prestigious Talaran University, is located on the far northeastern corner of the Island; east of the Noble Ward and north of the Tower Row ward. The ward is also home to the massive Library of Hesjing, a public library with thousands and thousands of tomes on all subjects.

The East Central Ward, north of Worker’s Row, south of Tower Row and east of the Market Square, is a commercial district that houses primarily businesses that service the magi of the region – magical shops, potions, and ingredients. However, the shops on Wayfarer’s Way in the southern portion of the ward house arms dealers and crafters, as the Grand Arena is located nearby (also within the ward).

This area, mostly unseen by visitors and tourists, is where most of the commoners and middle class residents of Talara live.

Located in the southeast of Talara, just south of the Grand Arena, the Blue Collar Ward is a huge sprawling pre-planned residential district. Other than personal homes, there are also many public schools, guard posts, and other businesses that service the area in the region.

South of Worker’s Row is the Southern Ward, which is also a mostly residential ward, that opens up into the wilderness of Hesjing. The Traveler’s guild, which maintains the road to Mt. Hurthi, and the Logger’s guild which operates in the nearby wilderness, are the most active guilds in the ward.

Numerous groups vie for power, wealth, or other wants within the urban landscape. Association or membership with one may bring awards, benefits, or unwanted side effects.

Though many exist, below are some of the more prominent guilds of the city.

Armscrafters Guild
Union of arms and armor crafters and merchants

Azule StrongArm
Head of the Order of Vargach