The Juzhian Age ended with the death the the Second Empire and Alabastrian Emperor Juzhian. 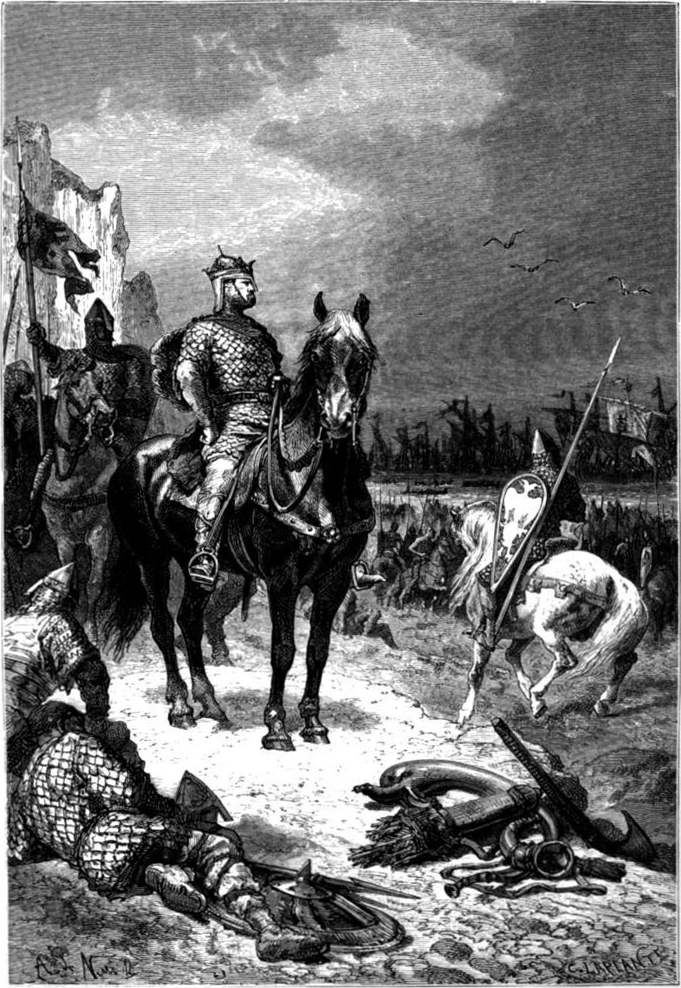 The Xarlemi Age was an age of constant warfare, where empires dwindled amidst the rise of numerous Free Kingdoms.

As the age progressed, the power of the empires of the prior age -- the Alabastrian Empire, Second Empire, and the Caliphate. have either disappeared or have had their dominions so diminished they function merely as another Free Kingdom. Now power seems to have been decentralized. Rather than one or two major powers, there are nearly a dozen kingdoms vying for power. When one kingdom becomes too powerful, the others unite to oppose the power. In this way, parity, though not peace, has been maintained for the past six and a half centuries.

Though some of these kingdoms have not survived -- the Border Kingdom and Northern Reach to name two -- many more have chipped away at the powers of empires. This age saw the founding of Winteren, Verdant, Ironguard, Nidvalar, Carraway, Oncia, Midhaven, Minia, and Dragonseye, all on land once dominated by the Caliphate, Second Empire, and Alabastrian Empires.

The decentralization spreads even beyond the kingdoms to groups with no ties to any land. The Clockwork Circle, Efthali, Pure Land Sect, Order of the Compass, and reconstituted Ramhead Rangers were all founded during this age, which has also seen a resurgence in the power of the older societies, like the Dodecians (who were instrumental in the recent founding of Dragonseye) and the Loyalists (who were instrumental in the founding and survival of Chisel).

Religious and quasi-religious orders have also begun to flourish, in part because mortals perceive that their world is unstable and perilous and need something to give them hope. Followers of the Nine Truths report swelling numbers, as do followers of the Efthali Dark Arts. Priests dedicated to the Code of Juzhian have begun to formalize their ranks and delve into the study of the magic of the landbond, while those inspired by the predictions of Min, even beyond the borders of Minia contemplate a society without magical bonds to the land. Even the venerable Testament has become reportedly more faithful, generating an entire philosophy based on the teachings and legends of the great Lucinda. Moreover, Patron Cults, free peoples voluntarily offering themselves to various Patrons, have been on the rise. Anthropophagic Cults, in particular, are a problem near the Wild Forest, where mortal sacrifices to these Patrons have been reported. And in Nidvalar, some discrete Elemental Cults have sprung up, calling for the demise of Nidvalar's governing Assembly, as well as its rival Clockwork Circle.

The fall of central imperial powers has also heralded a new measure of activity among the Patrons, after thousands of years of relative inactivity. The Titans intervened directly in the founding of Winteren. The Oni challenged the "Immortal" in Verdant. The Elementals anointed Chingiz to found Ironguard. The Mounds of the Shinigami have been reported active after thousands of years of torpor. People have reported dreams and omens that the Leviathans are awakening after thousands of years of slumber, and some believe their presence was felt when the Nereid Sea began to boil during the recent Dragonseye War. Sailors on the Savage Sound report that dreadnaughts captained by Anthropophagi ply the seas. Even the long dormant temples of the Avatars appear to be humming with a new life and presence of the vanished Patrons. Travelers report more frequent harassment by the Fey and their elven and goblin servants. Only the Dragons appear to remain hidden from mortal eyes.

While the Patrons rise anew, the mortal institutions appear to be weak and crumbling. The warlord Temur is old and weak. Rumors abound the Xarlem and Oncia have become rakshasa. Muhajiel and Gamaliel have entered their winter phases, and retreated to their capital in Sarrun apparently at a loss as to how to recapture their Caliphate's former glory. The Immortal has retreated from governance of Verdant, acceding remarkably to the desires of mortal concerns. Regent Onggye of Minia is aging and her population starving in the vain hope of surviving without a landbond. Chisel and Winteren are rife with infighting. Nidvalar suffers from attacks of the Clockwork Circle and discontent amongst its native warforged population. Midhaven and Carraway were humiliated by a young human Rickard, and his fledgling Archduchy of Dragonseye can barely maintain its own small borders, much less confront resurgent Patrons. It appears there are few in the Free Kingdoms who could stop the Patrons should they seek to reassert their dominion over all the mortal races.

The instability has caused a massive migration into many of the Wild Lands. The Barrens and Wild Forest now teem with refugees and expatriates. Even the Blackscale Swamp has had to deal with individuals seeking refuge therein.