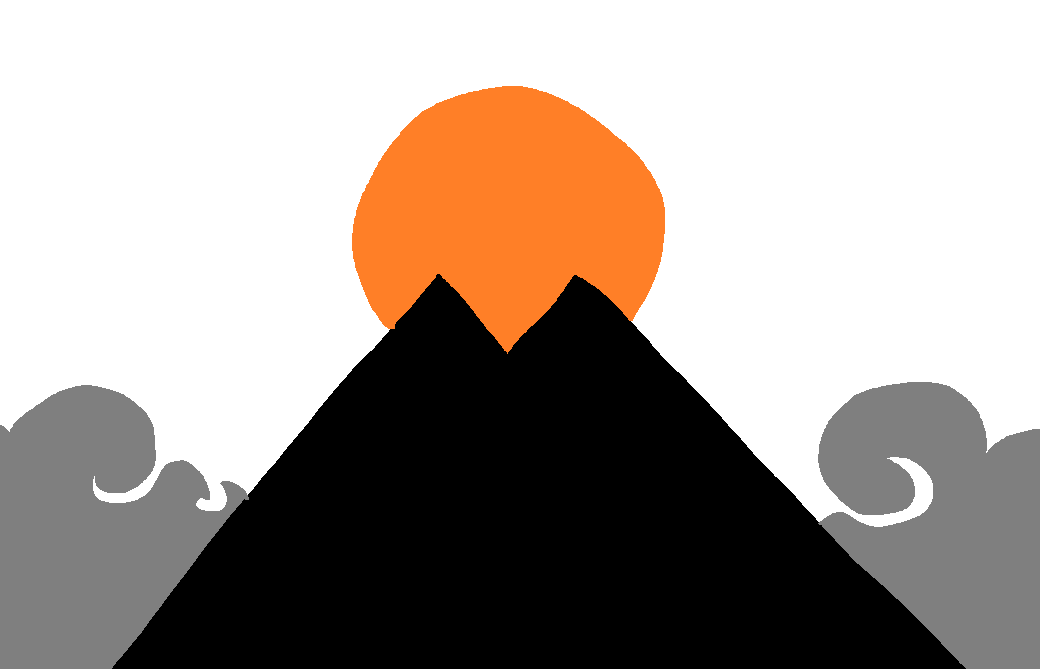 Toryu is an island nation off the east of Dasoon.

Toryu hosts a slew of interesting and often disturbing sites. Their dubious military society has resulted in a good deal of ill-fated turns in their history. Such invites misfortune and the dead to return and haunt the living. Many of these places outlived Toryu itself, and remain scattered across Shard Ne'Vaal as cursed places.

The Haunted Castle of Princess Goldfish

This place is supposedly the site of a burial to appease a peasant woman's spirit. The goldfish, or kinyo, is a sacred creature in Toryu culture.

The severed head of a great general lies here. His vengeful spirit remains.

The "Gate of a Thousand Cherry Blossoms" was formerly a simple border. But it has since become a symbol of disaster.

Toryu's pantheon was known as the Kami no Mon, or Divine Gates. There were six primary gods who are known to sit on the sides of the supposed gate to enlightenment, hence the pantheon name. These gods were the two ogre-faced Ouni and Rumi, Ame-mon, Tai-mon, and the twin gods Gala and Shiba. In opposition to enlightenment were the gods of suffering, including Ushi and Oortz.

In addition to the emperor and his court, there were two organizations that ran the show behind many curtains. They were called clans due to their historical roots, but have thus expanded to include people not connected via blood. One was the Kijin (鬼神), or "monstrous god" clan. The other was the Kiryu (氣竜), or "living dragon" clan. The heads of these clans were called banchos, and they led vast networks of branches all over the island. A good way to think of them is like the yakuza who manage the criminal underworld. Both clans have sizeable membership, with almost 80,000 involved at the prime of their day. This afforded them plenty of informal power when influencing politics and public life.
The Kijin was relatively cohesive under a single rule, with homogenous groups. Their trademark was the wearing of monstrous noh masks modeled after their perceived ogreish gods like Ushi. Tattoos of same would also pattern their bodies. While they worshipped some questionable gods, they were ultimately just a very selfish group. People who sought their help would be expected to repay it with interest.
Kiryu, in contrast, was an umbrella organization of smaller, insular groups under the rule of one large group. This rule would shift whenever the former ruling group was rendered incapacitated or deposed. This results in a lot of subtle infighting in the Kiryu clan, as they attempt to both maintain their unified front, but also have to deal with the ambitions of their own. Within the clan is three main organized groups, with almost 400 smaller subgroups divided among them. The three groups are the Kintai, Sebora and Tatsu.

Kintai, or Golden Koi, is considered the lesser of the three groups. Their members bear tattoos of fish motifs. The koi in particular is a sacred fish in many places on Dasoon. Among the Kintai, they consider the fish a precursor to a dragon. According to legend, the dragons of Dasoon were born when fish who leapt up waterfalls reached the crest and ascended to the heavens.
Sebora, or World Triton, is considered the oldest group within the Kintai, and possibly a founder. Their age has afforded them many connections throughout Toryu and beyond. Members usually have one large tattoo depicting a conch. A conch is a sacred object believed to house young dragons. In some cases, the snail within the conch lives for a thousand years and becomes a dragon itself.
Tatsu, or Heavenly Dragon, is referred to often as the head of operations within Kiryu. As their name implies, they are considered to be "fully developed" compared to the two other groups, and command a great deal of respect and wealth as such. Their members carry tattoos around their necks, arms and backs showing great coils of fearsome dragons. The dragon's significance comes from the fact that it is one of the three sacred beasts in Toryu, alongside the phoenix and the ki-rin. 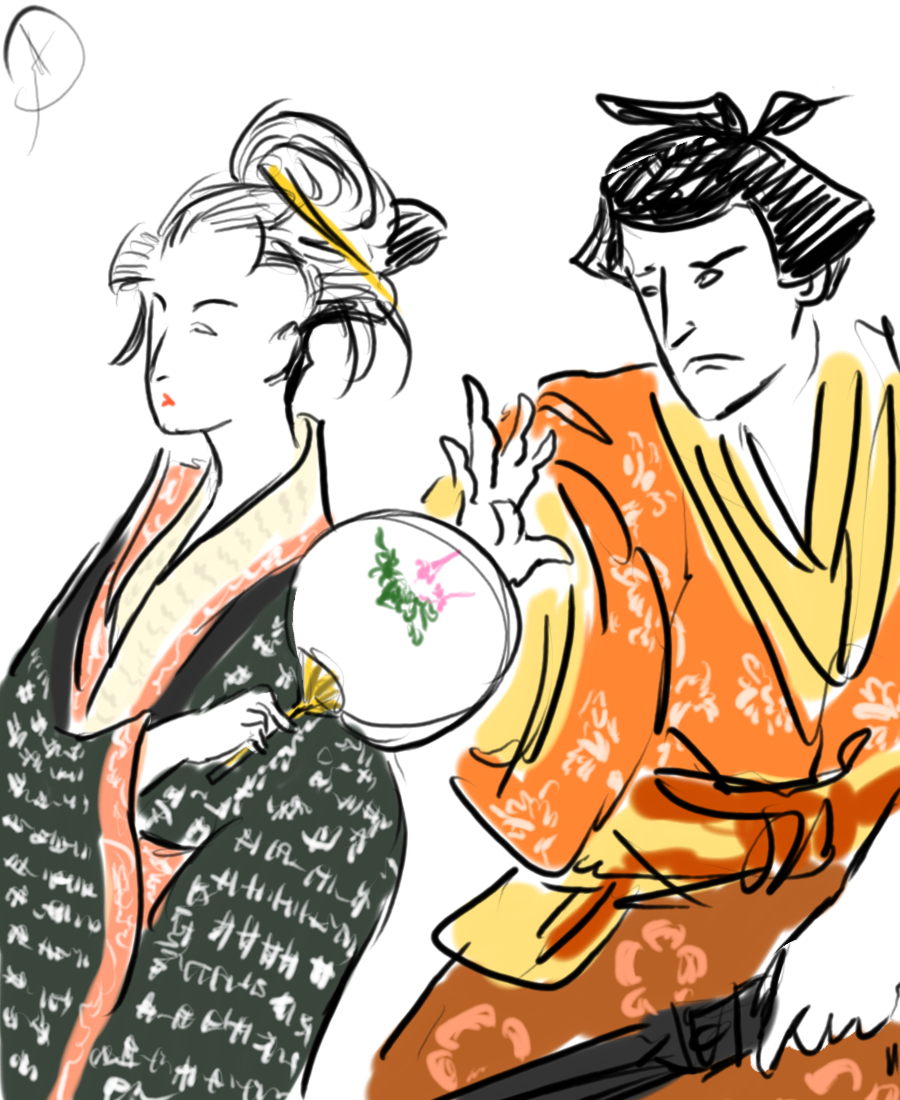 Toryu's art styles were mainly embedded in the tradition of ink and woodblock prints. People remark how unique their human figures are, with very androgynous features. Males are usually depicted with fierce expressions, muscles, and detailed hands. Women on the other hand are very mute in expression and have very small hands. But much of the hairstyles and clothing seem to be worn by both male and female.

In regards to other art, like poetry, Toryu is known for inventing a form of syllabic wordplay, like the haiku. Brushwork is also a form of art, whether it's calligraphy or brush art. Toryu art tends to be very neutral, preferring not to carry loaded meanings with it. Art will usually show people in neutral forms or doing obvious heroic things, as well as nature in a still form. Satirical art forms or with social critiques are usually looked down upon.

Courtesans are not mere prostitutes. In Toryu some of them hold a considerable amount of power, having risen through the ranks and obtained a business of their own. They are ranked in ways that distinguish them from common people for pleasure, and even have connections to the powerful Bancho.
Lowly people of pleasure are called yuko (遊子), or "children of pleasure." They are not considered courtesans, who are known as oiran. They operate in a strict hierarchy, catering to powerful clientele, including those from the emperor's court oftentimes. They formed a network across Toryu with their many brothels, which served as dens for secret meetings between government as well as crime. Often, these oiran were negotiators themselves and had a great deal of diplomatic power. The highest of the oiran were the tayuu, who were renowned for their trade in arts to a degree that they need not have sexual relations any longer. They were often dressed in fine silk kimonos and were capable of playing a variety of musical instruments and even writing poetry. 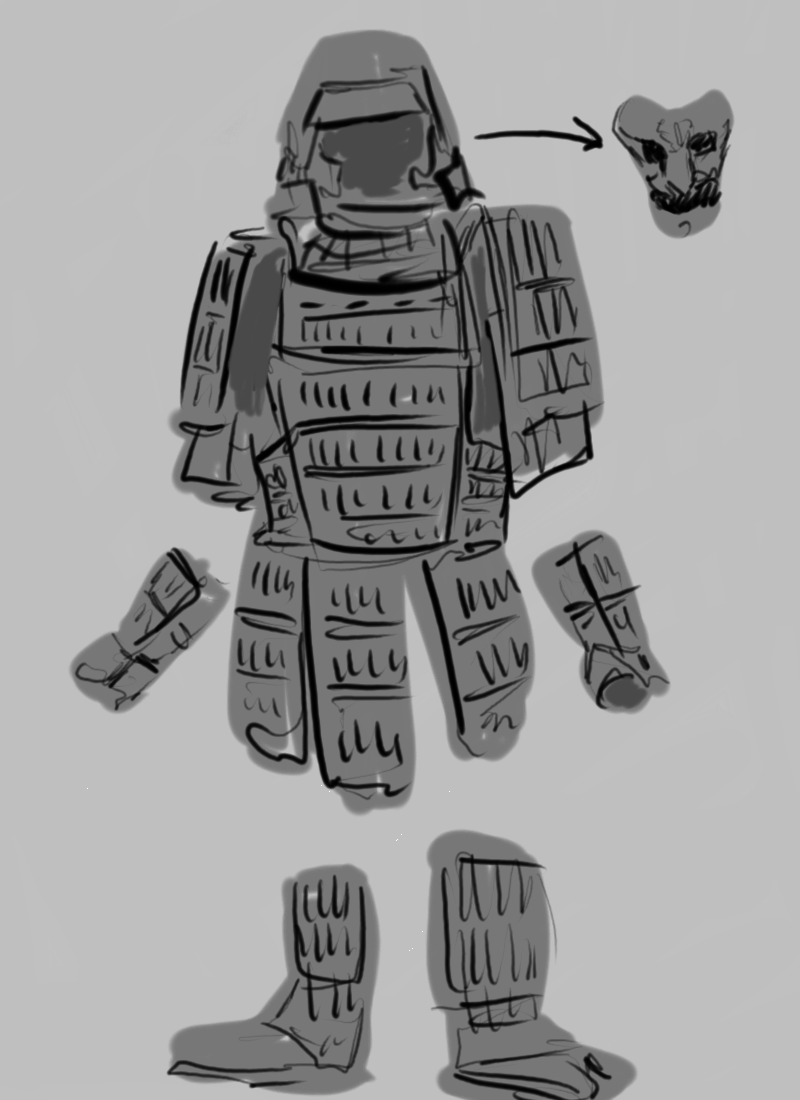 Toryu is a nation proud of their militaristic power. Their culture is imprinted on their zeal for weapons and armor. But this is not to say they are utter meatheads focused on battlewear. They boast a rich history of crafts from paper to specialty robes that can be found nowhere else in the world.

In Toryu, weaving does not mean solely at the loom. The art of origami, or "paper weaving," is one such example. The use of paper is often displayed in beautiful lanterns as well as festivals.

Toryu hosts unique techniques in creating swords and armor. Their folding of metal creates sleek, wiry blades that can cut through armor. To defend against this, they have armored plates that is laced with strong twine to better shrug off such attacks, while still allowing for maneuverability. This armor will often have many motifs of gods and monsters as a means to show off one's reputation.