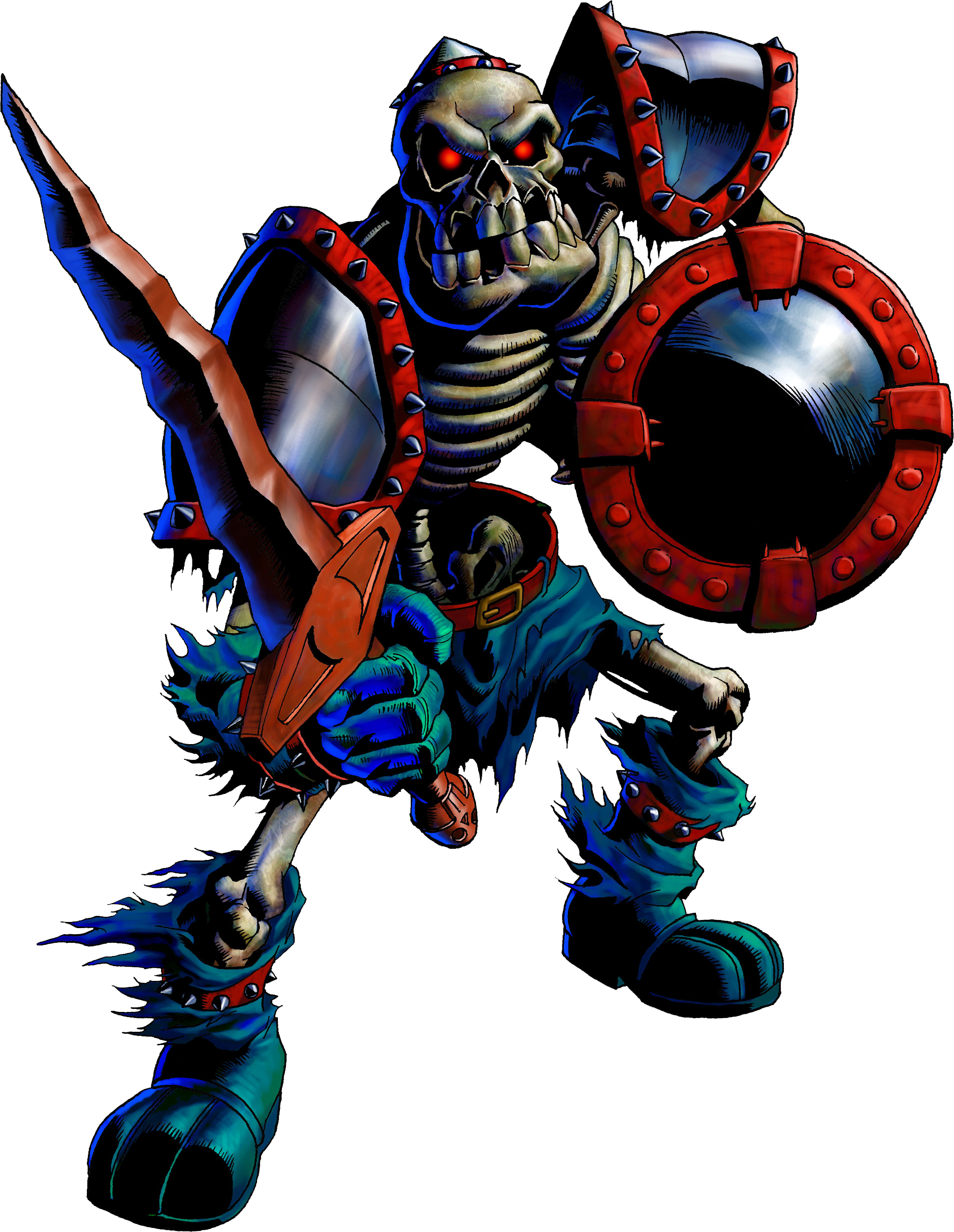 In Hyrule, stal or stal-creatures include animated skeletons of numerous once-living creatures, with the common term "stalfos" referring specifically to humanoid skeletons. More often than not, these bones are animated by nonspecific forces which permeate the land when it is threatened by great evil. The mere presence of Ganon miles away has been known to cause graveyards and prairies alike to suddenly give rise to dozens of stal-creatures every night. Aside from this, necromancers or cruel researchers may intentionally animate these beings to serve as their underlings or mercenaries. Regardless of how or why stalfos are born into undeath, and regardless of the form they take, they all share several unique qualities.

Sunlight Weakness. Most stal-creatures detest sunlight or that which resembles it, and are greatly weakened when touched directly by it. In extreme cases a stal-creature instantly loses animation in sunlight, only to resume animated undeath when the light once again fades.

Language of Stal. All intelligent stal-creatures are able to understand and speak at least a little bit of a primal, mysterious language that itself has come to be known as Stal.

Lightweight. A stal-creature is of much less weight than it was while alive, but retains strength nearly equal to its former self. Consequently its body is extremely lightweight for its body strength. Many stalfos have been known to effortlessly jump dozens of feet or more, and stalchildren have been known to be sent flying by solid but otherwise unremarkable blows.

Ignorance of Undeath. Few stal-creatures truly realize they are dead and what this means for them, as if unable to see that their hands are only of bone instead of flesh. Even though fire barely harms them, for example, they often still retain a fear of it. Stalfos who have been animated may even live among other stalfos and continue to attempt to live the normal lives of living creatures, even going so far as to eat despite having no need to do so, or "sleep" while the sun is up. The relatively few stalfos who come to realize their state can use it to their advantage; with no physiological need to feel pain, they can even rip off their own arms to use them as weapons, or will their bodies to keep moving even after they have been decapitated.

Hatred of Life. Most stal-creatures, particularly intelligent ones, have a seething and indescribable destestation for beings who yet live—especially living humanoids. Stalchildren who were spending time idly among themselves will, upon sight of a hylian all lash out in sudden and vicious violence. Often stal-creatures will wildly attack living beings even when they have no logical chance of winning a battle; so utterly are they dominated by this hatred.

Forms of stal-creatures include the following: