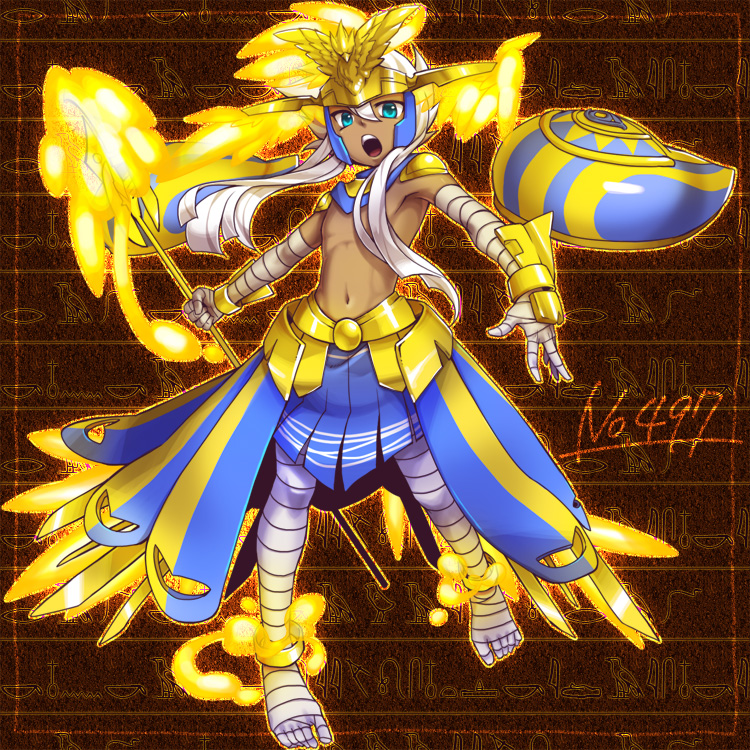 Helios Minoris, the young lord of the second star, and the rambunctious little brother of Helios Majora.

While the world of Tirr primarily gets light from the brilliant star of Helios Majora, the Goddess of the Sun, there is a second celestial body of light that, albeit smaller, still plays a significant role in the lives of those mortals living on the planes. Helios Minoris, the God of the Second Star, is the younger, smaller brother of Majora. He is known by many titles, such as the Lord of Stars, the Children's God, and the God of Twilight.

While Helios Majora and Lunar were originally the only deities tasked with guarding the planar sphere that housed the sundered remains of Varglokirr, Minoris is hardly ever separated from his elder sister's side, and therefore patrols with her, cycling around the planes just as she does. Unlike his sister, however, he is whimsical and fun-loving, and is often depicted as running ahead of her, or even showing up to disrupt Lunar's own cycles, due to his sister's rivalry with the Moon God. This is possibly a romantic or embellished tale with a grain of truth - for whatever the reason, the second star cycles faster than the first, providing Tirr with two nights of twilight instead of darkness, each week. On all days, both Majora and Minoris can be seen in the skies.

While his celestial presence bears great significance, he is also revered as a God of children, often being depicted as a child, and appearing as such, himself. Playful and whimsical, he shares many traits with his sister, but is often considered a deity of whimsy and warmth. His ideal, unsurprisingly, is Youth, and legends abound throughout the halls of many orphanages, where the disenfranchised youth within consider him their champion - both in pranks, and as a fellow child. Other legends depict the god spiriting those he considers worthy away, off to a different world where they never grow old.

The philosophies of Helios Minoris, much like his sister, vary wildly in interpretation and in practice. The child god, himself, has specified several times that he largely isn't as concerned with all the formality and rites that so many religious cults tend to adorn when in the presence of other deities. Instead, he often attempts to barter with his priests and clergy in order to obtain sweets, or to have a laugh at the expense of a prank. In a number of ways, he is often considered a simple and hedonistic deity, although he is far from being a glutton or depraved. Simply put, he would rather enjoy himself with child-like whimsy, and has no need for the complicated ways of the world.

Many orders interpret this to be an appreciation for the simple life and its pleasures, while others consider it to be a devotion to child-like outlook on life - pranks, unabashed honesty, for better or worse, and a carefree life. Of course, because of the deity's whimsical nature, it is rare that any of these interpretations actually gain real affirmation from the deity, although he tends to be easily persuaded by promises of snacks and fun.

Still, the child-god is sharper than any description does him justice. He is still blessed with immortality, and because of that, he has lived for several hundred of thousands of years, and he is wise beyond his appearance. Those priests with corrupt intentions often find themselves outwitted and humiliated by the god.

Clergy of the Second Star are often dedicated to their own interpretation of the deity's philosophy, and often attempt to ponder his actions or interests in situations they find themselves in. His religion tends to attract the young and reckless, and often can be seen in many a playful and roguish soul. Orders of the Second Star tend to setup various orphanages, and have a very strong belief in preserving the next generation. Particularly heinous crimes, such as that of child trafficking and molestation, are often the focus of powerful but small groups of paladins who chase down the culprits.

Temples to Minoris are somewhat more rare, given his status a lesser deity, even more so than his sister, and possibly also because of his demeanor. When they are present, they often vary in their use and purpose, as some temples tend to provide care for orphans, or provide day-care services, while others focus on the preservation of youth, and incorporate rituals to help reduce stress and rejuvenate the body.

Minoris has seat as one of the Lesser Thrones of the Pantheon of Tirr. He is often quieted by his sister, Helios Majora, who sits next to him, especially when he shouts down during the proceedings of the Thrones, towards the current speaker in excitement. He aspires to be greater than a lesser throne, at some point.

He entertains his sister's one-sided feud with Lunar, and often plays pranks of the God of the Moon when she is feeling disturbed, elevating her mood. Surprisingly, despite the strange relationship, Minoris and Lunar do get along, sometimes, with Lunar often attempting to teach the child-god various things.

He is well-loved by the Great Mother and Mara, who both care for him sweetly, and often try to spoil him when his stricter sister is not looking. Era has also expressed some interest in him, but by some manner or another, is often stopped from approaching him by the other members of the Pantheon.

Outside of the Pantheon, he often finds himself in the company of Isis, who genuinely dotes upon him as if he were one of her own. Most of the time, he is depicted as being somewhat uncomfortable with the attention, but somewhat forced to go through with it by the machinations of other deities who wish to console Isis.