Aerinthia is a diverse realm divided into the kingdoms of Aerindor, Kadishmar, Meadowlands, Stormguard, Shadar, and the Shieldlands. Aerinthia’s diversity is not only encompassed in its kingdoms, but also in its landscape. Dense forests, rugged mountains, barren deserts, fertile grasslands, and the dark foreboding wastelands. Between the kingdoms of Shadar and the Shieldlands lays the ruins of a flourishing empire. All that remains of the once proud empire is Dros Corinth, known as the Citadel of Light. The plains are now ruled by a nomadic people. Also spread across Aerinthia is the untamed Ravenwood, Black Marsh, and Spiderfell. These untamed places are gathering places of orcs, goblins, trolls, and other monstrous creatures.

In the north lay the Frozen Wastes. Off the northeastern coast rests Thaele homeland of the Minotaur empire. To the southwest of Kadishmar lies Madragar jungle home to many species of the Lizardfolk. To the far southeast close to the edge of the Storm rests the Misty Isles home of the Seafarers. 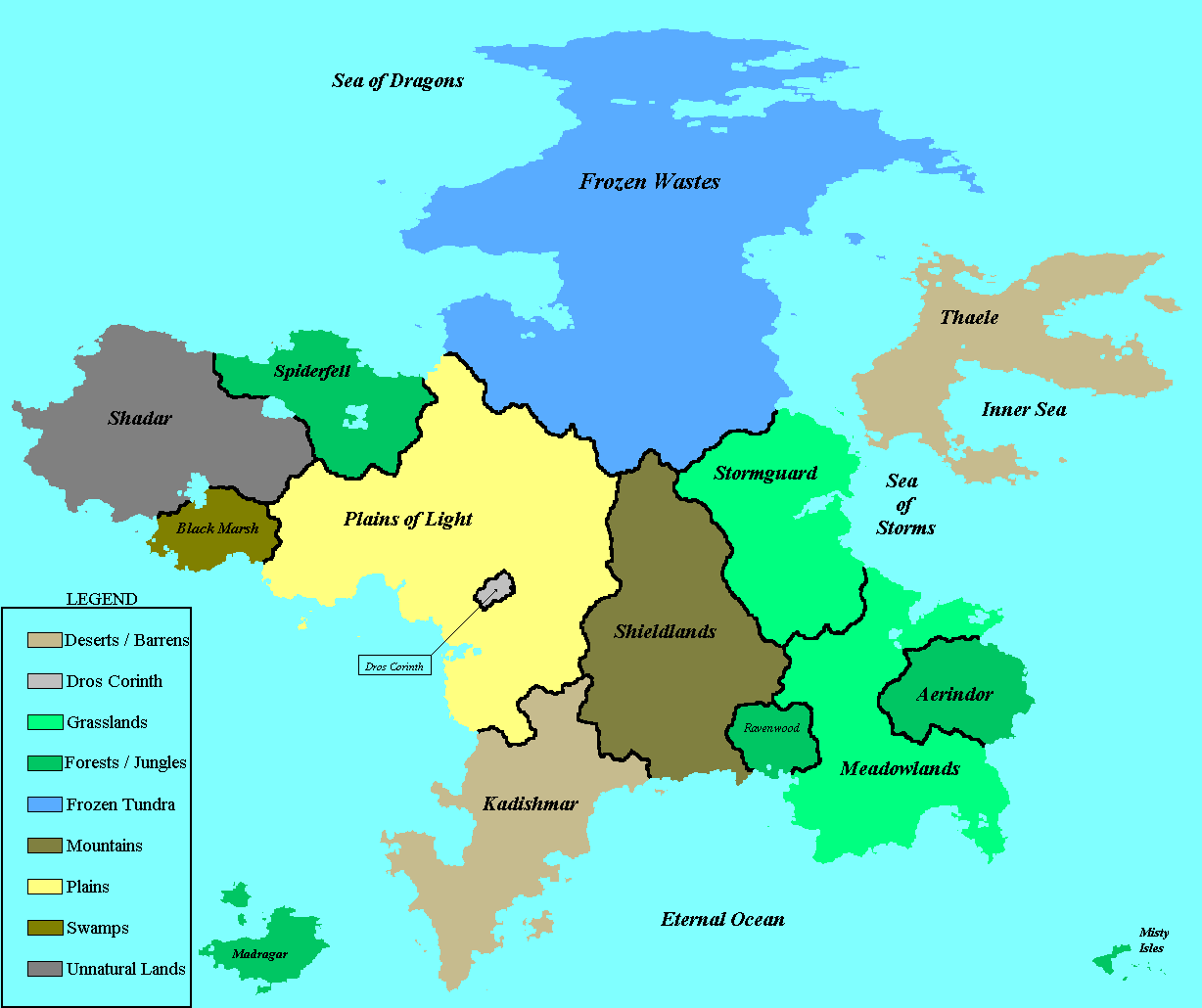