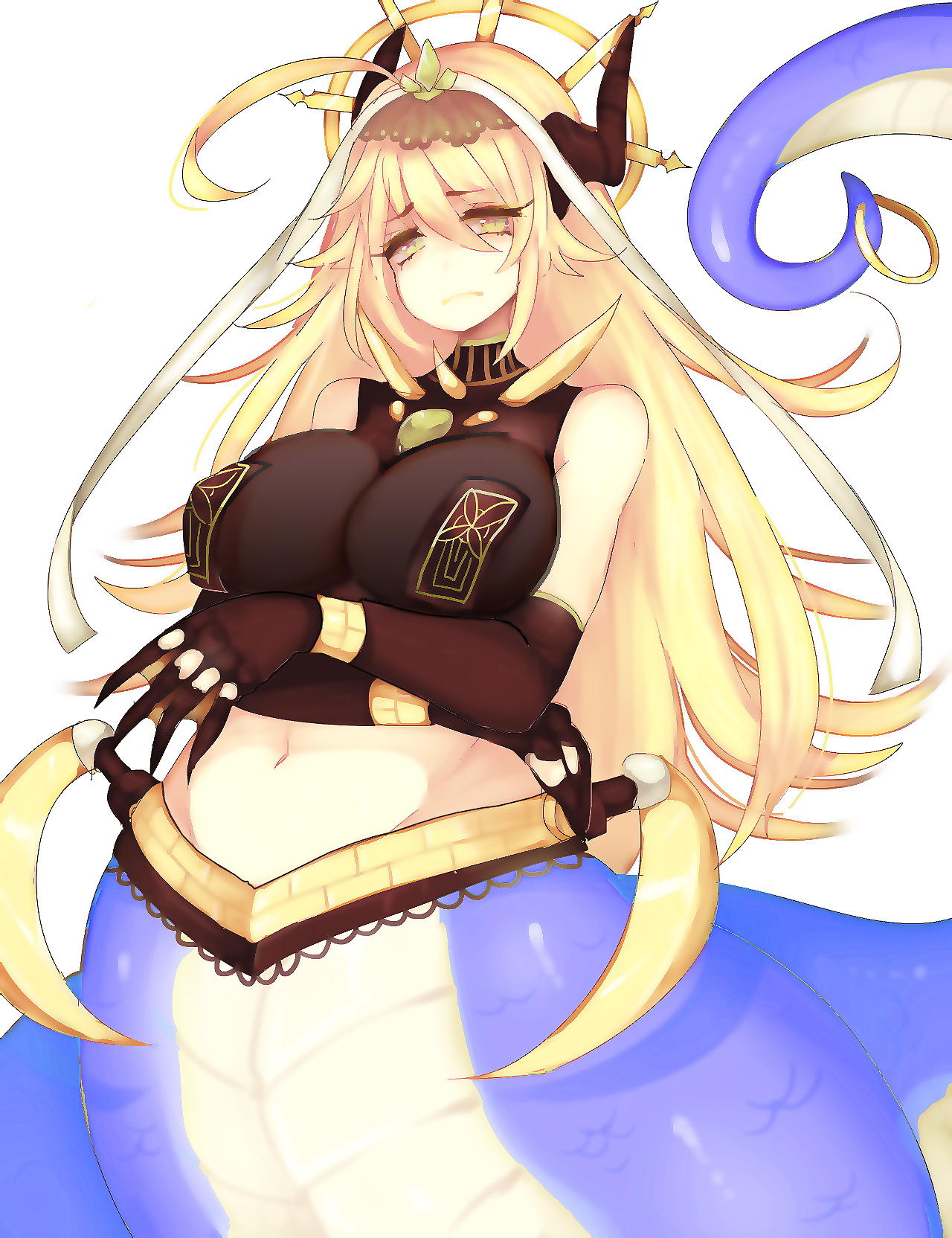 Sishka typically loathe to engage in combat, and much prefer to lead peaceful and spiritual lives.

As the temple hall shakes under the sounds of a city besieged outside, those hidden within are comforted by its caretaker, the Sishka called Ilmista. Thus far, the temple had been spared any destruction or calamity in the five-hour siege, and those who saw this as the protection of the Serpentine Goddess felt their faith grow under her care. Time would see to all things, however, and the doors to the main hall would fly open with a thunderous clatter, followed soon by the hurried, heavy steps of armsmen. "Bring them out! Bring everyone out, now!" a hoarse voice barks, and the footsteps start again... before halting. Before these intruders, the form of the Sishka Cleric would rise, towering over them. Grasping her temple's ceremonial glaive, she would speak with a voice soft but firm, "The Lady has wept enough for Her children, lost to the hands of warmakers... I would rather not fight, but I shall defend those who seek Her refuge."

Sishka do not typically enjoy combat, and prefer spiritual enlightenment and care over the carnage of battle, considering it to be far beneath them. Even so, if the matter is pressed, they will fight against others using all of their might.

Constrict (Ex): On a successful grapple check, a Sishka deals 1d8 points of bludgeoning damage, plus her strength modifier.

Improved Grab (Ex): A Sishka who strikes a smaller opponent with their tail can attempt to start a grapple as a free action without provoking an attack of opportunity. No initial touch attack is required.

Spells: A typical Sishka has at least one cleric level and serves Isis, and therefore can prepare and cast spells from the cleric spell list, plus any two of the following domains: Scalykind, Community, Guardian, or Protection.