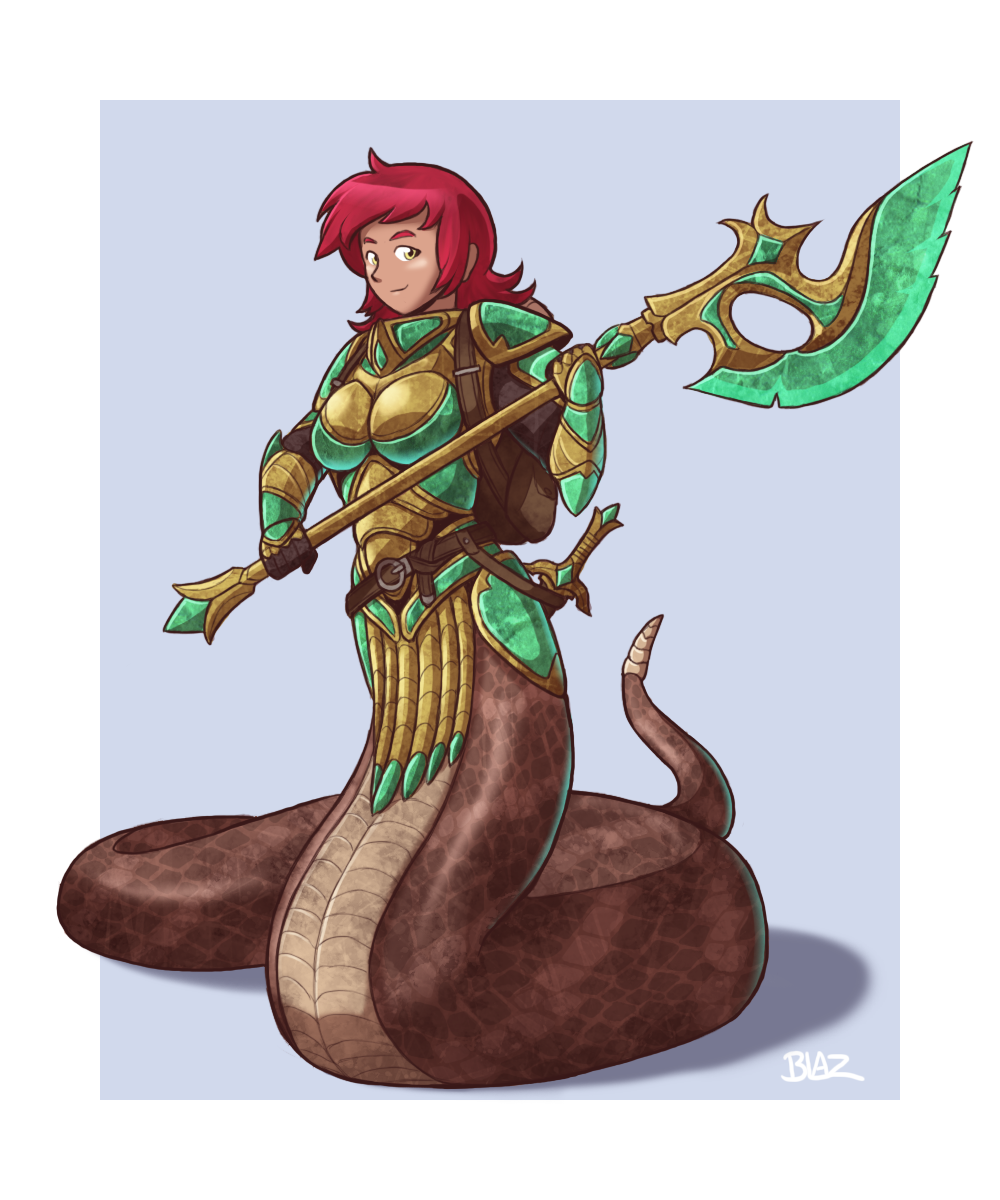 The Hashka have warriors of their own!

Leaping from roof to roof, the daring thief Castis endeavored to lose no speed to any obstacle; all the better to lose his pursuers who chased after him on the streets below, shouting orders and obscenities. As he vaults from the final rooftop, he spots his goal - a grate, leading into the nearby sewers. Such distraction, however, proves dire, as one foot slips upon the sandy landing, causing him to tumble over, his bag spilling the ill-gotten jewels he'd stolen just moments ago. As he starts to get to his feet, a blade rests at his eye-level, with the edge facing him. A tell-tale slithering proceeds several more blades appearing on all sides of himself. "...Alright." Castis says, his eyes narrow with displeasure as he beholds his subjugators, "You win, you snakes."

Hashka tend to use similar tactics to Humans, but are unable to use cavalry troops, given their inability to reliably use horses. Instead, they use terrain that benefits them, such as marshes, wooded areas, or desert regions in order to gain the upper-hand against cavalry forces.

Poison (Ex): A Hashka has a poisonous bite that deals initial and secondary damage of 1d6 to the creature's constitution. The save DC is equal to 10 plus 1/2 the Hashka's HD plus the Hashka’s constitution modifier.