Rebelstar Raiders is a quest for the Rebelstar campaign setting, using the Future sourcebook.

The PCs are members of a resistance group known as "Rebelstar". Their aim is to destroy a powerful galactic organization that has enslaved humankind, Redshift. Rebelstar is lead by a brilliant politician, scientist and engineer, Joe Capricorn. In this first adventure, Capricorn has planned a daring raid on the orchestrator of Redshift's tyranny - a massive proto-brain computer, Main-Comp. It has been traced to a location on a terrestrial planet, Pi. A highly trained group of desperate men led by three Clones of Joe Capricorn boarded two customised ships, the Startingale and the Freedream. Able to avoid detection and out run the Cooperative Battle Cruisers they were thus capable of penetrating the defences of Main-Comp. 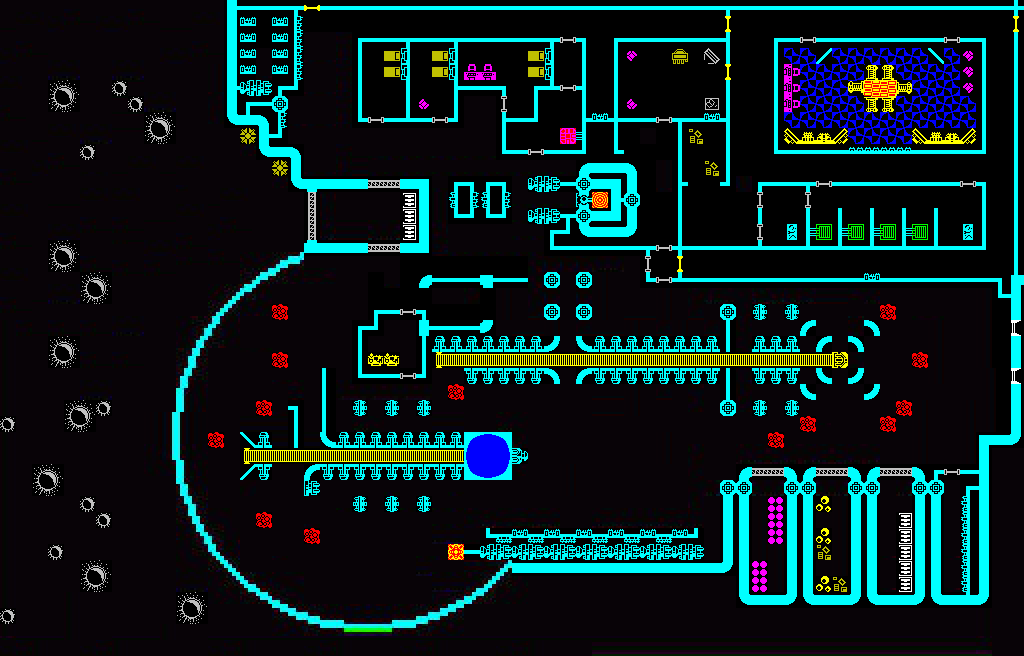 The south-west quadrant of the mining station.

Pi's planetary defenses consists of several meson accelerators which are capable of destroying any ship attempting to land on the planet. The control installation is a disguised mining station on the small moon, Spyder. A squad of raiders are to be dropped from the Starlingale, infiltrate the station and disable the defense computers. The station has fortified walls and strong security at its airlocks, but a weak spot has been identified: The dome over the ore processing facility has thinner walls and may be breached with explosives.

During the infiltration, the Starlingale will attempt to land at the station's dock to prepare for the Raider's escape.

The PCs may select one or more companion characters from the Raider's roster to bring the squad size up to 5 members.

It is assumed that each character has either a vacuum suit or storm armor, or are otherwise be able to survive in airless conditions. 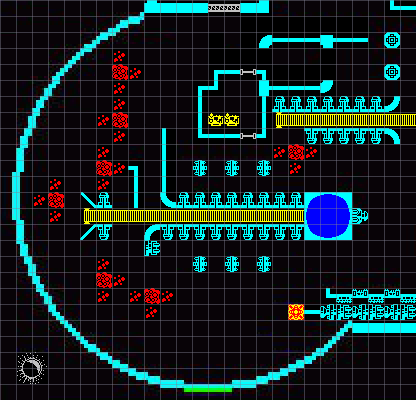 The squad must decide where they wish to be dropped. Two possibilities are:

To breach the dome, 25 hit points worth of damage must be inflicted against the wall, which has Resist physical 5. If the wall is not breached in the course of one turn, the players do not get a surprise round. Weapons with the demolition mod, such as the Starbolt will cause double damage against the wall.

The technicians and mining robots were not carrying any credits, but the locked store rooms to the south east can be accessed with a successful DC 9 Mechanics check. Inside there is one Prototype (amidst the miscellaneous fuel barrels, vaccuum suits and robot spare parts).

Once the ore-processing facility is cleared, the squad may take a short rest. Remember that under the Future rules, this means:

The party may either proceed either:

Between the processing facility and operatives' quarters is the power generator. From here, the party can move to:

The sentry robot patrols the foyer and access corridors. The security guards will use the cover of their bedroom doors to lay down fire; the players will probably use terrain around the power generator if they choose to engage at range, which can be bad for them.

Once the operatives' quarters are cleared, the party may have a short rest. They may then use the keycard to open:

The access corridor is simply a long corridor with the party and one end and sentry robots at the other. There is scant cover, which can be bad news if the party has limited ranged combat options.

The DM can place a few items of cover in the corridor at their discretion.

The party can pass through the Droid Bay and enter the control room. 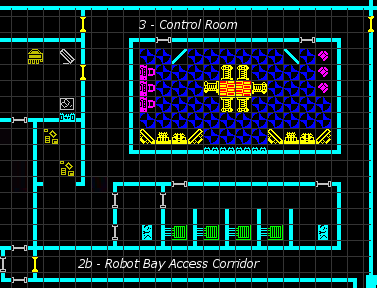 The security guards and technicians are in the control room. The sentry robot is patrolling the hallway. By now, they will be fully aware of the party's approach. The guards have taken cover behind the workstation and computer banks. The sentry robot stands against the north wall to shoot intruders if they pass the energy shields (using delay actions).