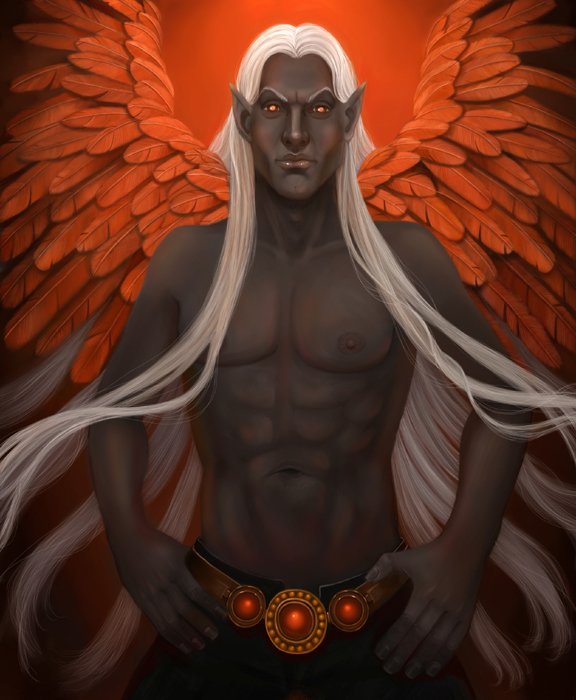 Barvan Bane is the charismatic leader of the young country of Fritzstland, where he is known affectionately has BB.

Barvan was born of celestial blood in a noble house. He longed for his people to do more with their lives, and this longing lead to his eventual leading of the secession of Fritzstland from Quaristan.

A friendly and beautiful bachelor elf, he is rarely seen without a few Heralds of the State beauties around his arms. Though a playboy in all rights, he is no lame duck, and has put his small country's wants on the floor of the Allied Parliament so much that he is considered King Delpear's unofficial go-to man in the Parliament.

A player may choose spells for Barvan from the Bard Spell List at his digression. However, Barvan normally frequently uses the following spells: mage hand, resistance, charm person, sleep, calm emotions, and his favorite spell: suggestion.