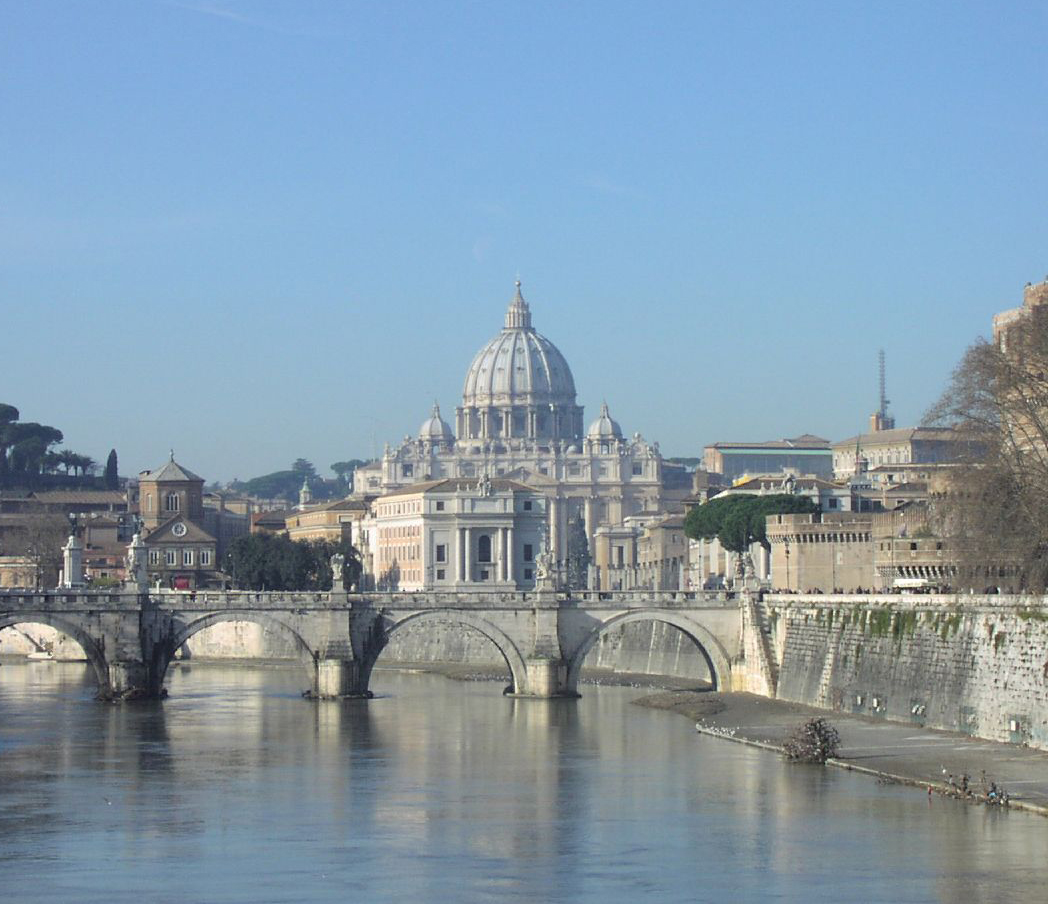 The city-state of Venalicium is a major trading city which fought on the side of law during the Great War. With a well-developed infrastructure of canals and port facilities, a large and well-trained navy, an extensive merchant fleet, a great natural harbor, rich banks, and an army comprised of regulars augmented by mercenaries Venalicium is a power to be reckoned with. The population is diverse and many different races live in various parts of the city- although humans and elves make up the majority of the population, with commonplace enclave populations of half-elves present in this city-state.

Venalicium is a place of tight law-and-order. As the city-state is a major trading city it encourages the exchange of ideas as well as goods through legal means, and it is also a place of morality. It actively works to stop illegal trafficking, and works to avoid becoming a nest of pirates, playing host to exotic demon-cults, necromancers, rogues, and the like. While new ideas and inventions are encouraged Venalicium is not a wild city where anything goes. A large part of the city's prosperity is based on its ability to maintain the law and this means, among other things, that the city actively makes sure that there are no counterfeiting operations, ensuring that property rights are protected, making sure the taxes are collected, and ensuring that the general morality of the city is consistent with productivity, growth, and moderation. Excess and decadence are discouraged, as these things lead to general moral, economic, and social decay. The last thing the city needs is to lose its wealth due to internal social failures.

Venalicium also has several valuable overseas possessions, the likes of which give the city a strategic advantage over rivals. These possessions include islands with valuable plantations (such as sugarcane, cloves, pepper, etc), naval bases, and small tributary states. Venalicium patrols its island possessions, and their inhabitants enjoy the same tight law-and-order of the city-state's mainland.

Venalicium is a royal possession of the Dragon Emperor Doleman. He has granted the city-state home rule.

Venalicium is run by an oligarchy. Each of the richest 100 merchants earns a seat on the ruling council. This council has the power to make laws and levy taxes. Every four years they gather together and elect a new leader from their number, replacing the merchant who becomes executive with the 101st richest merchant. The executive is known as an Archon, and he has the right to run the military as commander-in-chief, issue decrees (orders with the force of law which can be challenged by the council by a majority vote), appoint judges (which the council must confirm), and veto laws that the council makes. The Archon can be removed by a vote of no confidence and he can only stay Archon for one four year term at a time, even though he may serve as many non-consecutive terms as he can be elected for. There is no constitution but there are some laws set by the old Dragon Empire which no government would even consider changing, mostly since Venalicium's inhabitants consider these laws highly important. 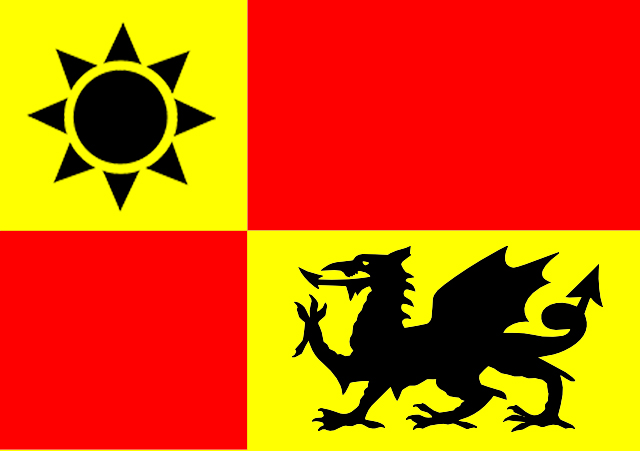 Venalicium is a large-size city residing on a small plane. Its island possessions are mostly villages with a few scattered small towns with naval bases and ports. Venalicium city itself has few resources. Its possessions provide spices, sugarcane, and copper. The city also makes much money from trade negotiations- buying valuable goods from foreign lands (such as silk, salt, furs, and gems) and selling them to customers at markups.

Founded as a small village, Venalicium was never intended to be a major trading center. Over time, a favorable location on the water enabled it to grow into a town: but little else. During the Wars of Law and Chaos the town acted as a staging ground for the forces of law. This transformed the town into a small city. Walls were built, shipyards were set up, and Venalicium acted as a major base for the Dragon Empire's navy.

Early in the Psychotic War, the Psychotic Assembly knew that Venalicium would assemble her fleet. When that great fleet assembled, the Assembly successfully slipped a pyrokinetic assault team into the harbor burning a huge proportion of the assembled fleet.

Much weakened by this blow Venalicium lost its control of the Savage Seas. Pirates and other sea ruffians quickly exploited the weaknesses of Venalicium, claiming the high seas for themselves. To their dismay, even longboats from the Feral Nation now raid deep into the sea. Venalicium now works hard rebuilding her fleets. Her many squadrons ply the sea, but the great task of defeating the pirates still lays before them.

Like any city of merchants Venalicium wishes to make money. It has no crusade to go on and no desire to conquer the world. Most of the city's residents are religious, mostly Axiomites, and much money is donated to various ecclesiastical purposes, but ultimately fanaticism isn't a major issue. Venalicium is currently a major sea power but faces threats in the form of the pirates roaming the Savage Seas, the necromancer king of Koetel, as well as a possible threat from Wolcnum's evil god. A major goal of any leader of Venalicium is to keep these evils at bay and the city-state prosperous.

Through treaty the Malachite Empire has hired the entire Venalicium navy to maintain its seaways and oversee the defenses of its harbors. With the rise of hostile neighbors Venalicium's access to high-quality timber has been restricted. The city must ship in wood from far distant lands. In response, they have been constructing shipyards in other areas, such as the Twelve Kingdoms and the Border League. This is an expensive proposition, especially as this develops a new shipyard industry outside of Venalicium, and so sews the seeds of their own competition.

Venalicium and Tasa Kora have a long standing conflict tracing back to the Wars and Law and Chaos, with some tendrils leading back into the imperial period. Both were staging grounds during the Wars of Law and Chaos. Both vie for control of the Savage Seas. Both guard their seaways jealously.

Interestingly enough the city both hires its forces out and hires mercenaries. Much of Venalicium's land armies are comprised of mercenaries, but their navy is made up of local recruits. The captains of the mercenary armies are usually from Venalicium. Like so many other things in the city, warfare is considered to be a business. If there is a demand for soldiers, then like an entrepreneur opening up a shop some enterprising citizens of Venalicium are likely to gather together fighting men from diverse regions and offer to sell their services to the city government. Likewise the navy is considered an asset which can be used to increase the city's profits and maintain the city-state's prosperity. If a large part of the navy is best used as a means of defending their trade ships, it is done in the name of profit. Likewise another large part of the navy is hired out to the Malachite Empire in the name of profit. On the whole the city brings in slightly more money from hiring out much of its navy as it spends on mercenary armies.

Venalicium sides with the Mage's Cooperative and against the Far Plane Trading Company.

Marcus Tullius is the current Archon.

Georgios Livius is the most prominent opposition leader.

Quintus Horatius is the Lord Admiral of the Venalicium navy.

Dockyards: The docks of Venalicium are expansive. Well sheltered by an ancient heavily reinforced seawall, the ships are both well harbored and well defended.

Fort Foundation: This massive fort overlooks the entryway to the harbor. The captain of the fortress often hires adventurers to assist the military. These jobs usually pay very well.

Temple District: This is where several large houses of worship are located, along with several shrines to minor divinities.

The Emporium: This extensive market is where finished goods are bought and sold. Merchants and traders come here to sell their wares to customers, including other traders who wish to take their goods back home to resell. At one end of the Emporium is the Conventium, and at the other, the temple district.

Venalicium Arsenal: A massive complex kept off-limits to all but the most trusted workers and officials, this arsenal can make warships and weapons at an amazing pace should the need arise.