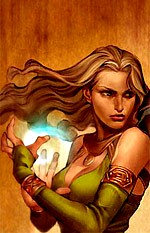 Hi, you've reached Jay. Leave a message after the explosion.

Can I Fix your Articles Jay?[edit]

Why are you so mean when Rating my articles?[edit]

Remember this class? Well you didn't work on it for some time now. Can you please look at the talk page and comment on my ideas? I think the class would be balanced with only minor edits. I'm waiting for your feedback.--Idlem (talk) 09:31, 26 January 2013 (MST)