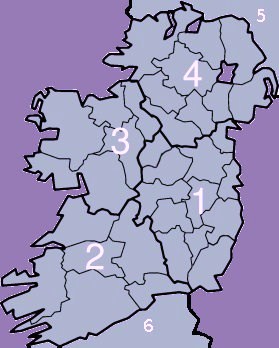 Redgate, The Land of Warriors

The following Regions are loosely federated kingdoms with somewhat flexible boundaries. With the exception of Galsin and Dusin each region has an estimated population of between five and six million native residents. Each region has a Chief City located near a major body of water. 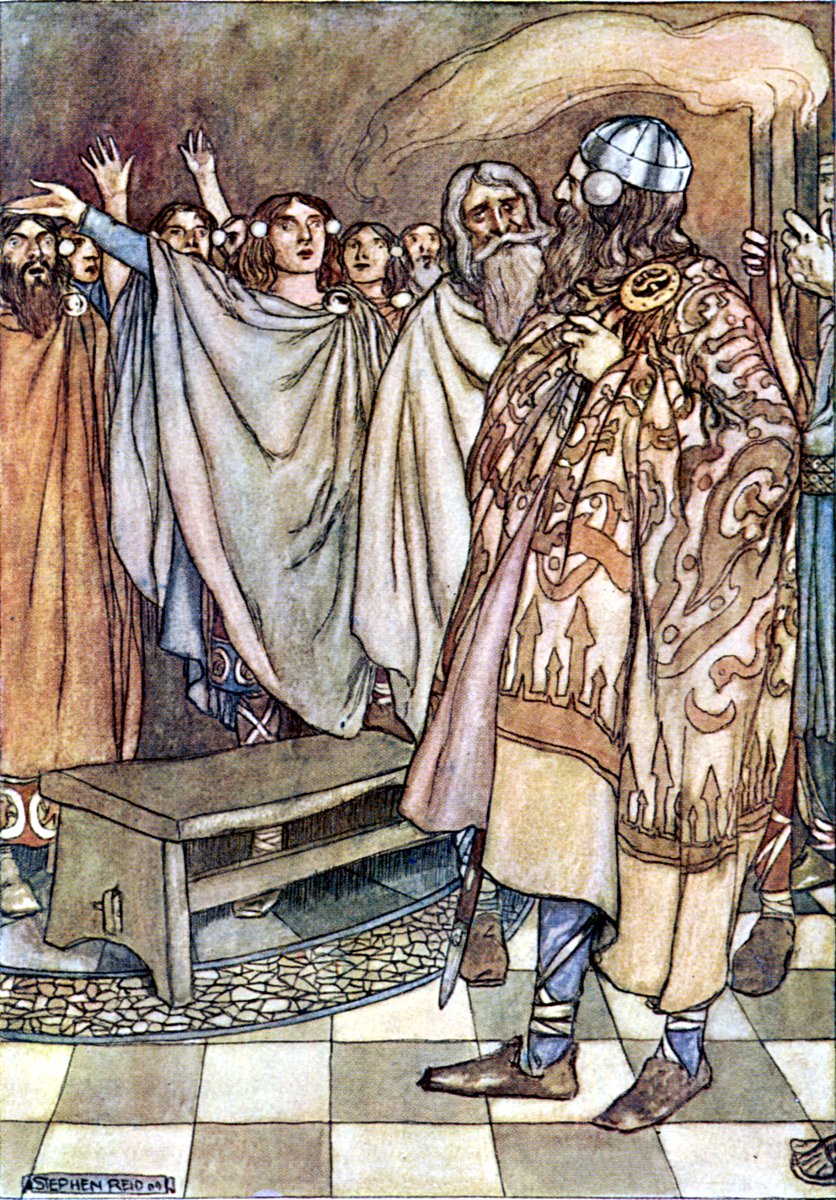 Redgate. A country with no effective central authority, divided into local and provincial kingdoms often at war with each other. The civilization depicted is a pagan, pastoral one ruled by a warrior aristocracy. Bonds between aristocratic families and clans are cemented by fosterage of each other's children. Resulting in many foster fathers and mothers between kingdoms, races, and clans.

Wealth is reckoned in cattle, gold, and local champions. Warfare mainly takes the form of cattle raids, gold mine skirmishes, or single combats between champions at fords. Interaction between races is common but rarely goes smoothly. Often resulting in half-breed offspring or racial violence. There are no walls to mark and divide territory, instead large stone watchtowers are erected for the purpose of border protection.

Warriors fight with swords, spears and shields, with Nobles riding in two-horse chariots, driven by skilled charioteers drawn from the lower classes. They take and preserve the heads of slain enemies, and boast of their valor at feasts, with the bravest awarded the charot or "champion's seat". Warriors make up the highest tier of society and there are many customs throughout the lands that favor the warrior castes. Such as champion jousts, arranged marriages, and feast invitations. Kings are advised by druids and wizards. Poets and bards have great power and privilege as there are few who may travel throughout all the regions unprovoked.

While their is no political majority, only the members of the Man Folk races seem interested in uniting all the regions into one imperial power under a High King. 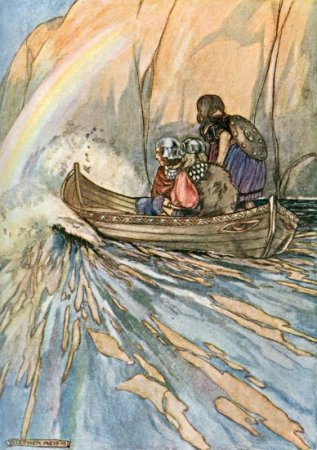 The quest of the Champions of Mel Marin Droslin.

Redgate contains a small population of exceptionally powerful individuals. These folks have amassed large amounts of wealth, completed many dangerous quests, recovered innumerable numbers of valuable artifacts, and waged wars through single combat at fords. These adventures are called Champions and form a elite caste is society. Few Champions desire the right to rule a region surprisingly. They find they can get paid more gold, fight more often, and worry less about politics; if they just adventure for a living.

Every King, Lord, and Earl desires greatly to claim any number of Champions into their services. Because Champions truly determine how powerful your military might really is. The more Champions you employ the more powerful your influence grows. Every county has at least one Champion because without a Champion the land would be conquered immediately by another army or warrior.

The most powerful of all Champion privileges is the right to single combat at any ford or river crossing. The High Kings of the past quickly discovered that most Champions have the ability to slay entire armies at their mere whim and favor. As such, any Champion may challenge another faction to single combat. This is a legal battle which can take place up to three times a day to determine the resolution to any conflict. Including large-scale wars.

The faction which has been challenged may produce up to three Warriors or Champions. These warriors must kill the challenging Hero or they forfeit all rights to their claim and conflict. Combat cannot last longer than two sunrises and the Challenger cannot withdraw from the ford or the river crossing. Any deviation from these rules merits the wrath of the Lesser God, Lugh Llaw and an 11th level wish spell. Should the Hero be slain and the Challenged victorious, then the defeated faction loses claim and conflict.

It should also be noted that it is customary, whatever the outcome, that both factions simply attack each other afterward anyways. With most of the Champions now dead from single combat, the threat of utter annihilation is greatly reduced toward both armies.

Because the Champion lifestyle is so brutish and unforgiving, many Champions retire into Noble Service at a young age. Becoming Dukes, Earls, and Servants to their Regional King. However, most just die to petty conflicts and racial violence.

Redgate is maintained by a number of Lesser Gods. Each has a different personality and office of administration. They all seem to be related and most care little for Redgates inhabitants. They are focused mostly on becoming more powerful gods in their own right. The following are the most commonly know Lesser Deities in Redgate.