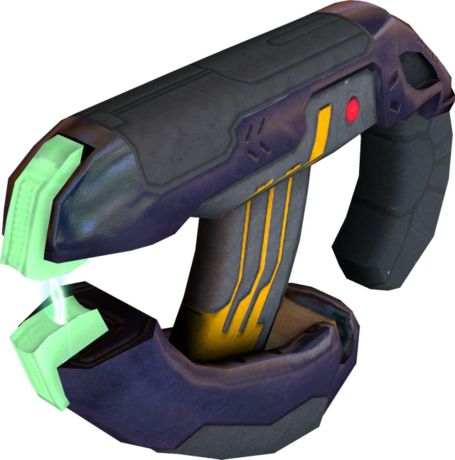 The plasma pistol fires superheated plasma. Each plasma pistol has 100% charge, and it's charge is reduced by 1/2% of it's original charge by each shot fired. A plasma pistol can fire an overcharged shot as a full-round action. This uses 15% of the pistol's charge, and deals 3d12 damage. If the overcharge state is held for a round before discharge it will use an additional 18% charge (3% per second held so 18% if held for a full round). The overcharge also grants a lock-on feature to the firing, allowing the shot to home in on a target, granting the user a +2 to ranged attacks with the shot. However, a plasma pistol cannot fire for one round after firing an overcharged shot, or after 30% of it's charge is used without a gap between shots of at least one round. A plasma pistol cannot be reloaded or recharged.