Spanning the northern edge of the continent, beyond which are only the Mists, the Ochre Mountains are taller than any other peaks in the continent, often reaching into the clouds and the Mists themselves. The slopes of the mountains are dotted with rams, lynx, bears, pine trees, and other wildlife of the north, as well as, of course, ogres, goliath, and their Titan Patrons.

The Ochre Mountains. The map's scale is based on the average medium race's walking speed.

The Titans dwell in massive stone temples located on the highest peaks. There they engage in deep philosophical contemplation. Unlike other Patrons, the Titans recruit their goliath and ogre subjects, allowing the subject to choose at whose Patron's feet they will seek enlightenment. However, no goliath or ogre would achieve adulthood before choosing a Patron mentor. Such individuals would become outcast and cut off from any landbond with the Ochre Mountains, a fate most ogres and goliaths native to the mountains feel would be worse than death. 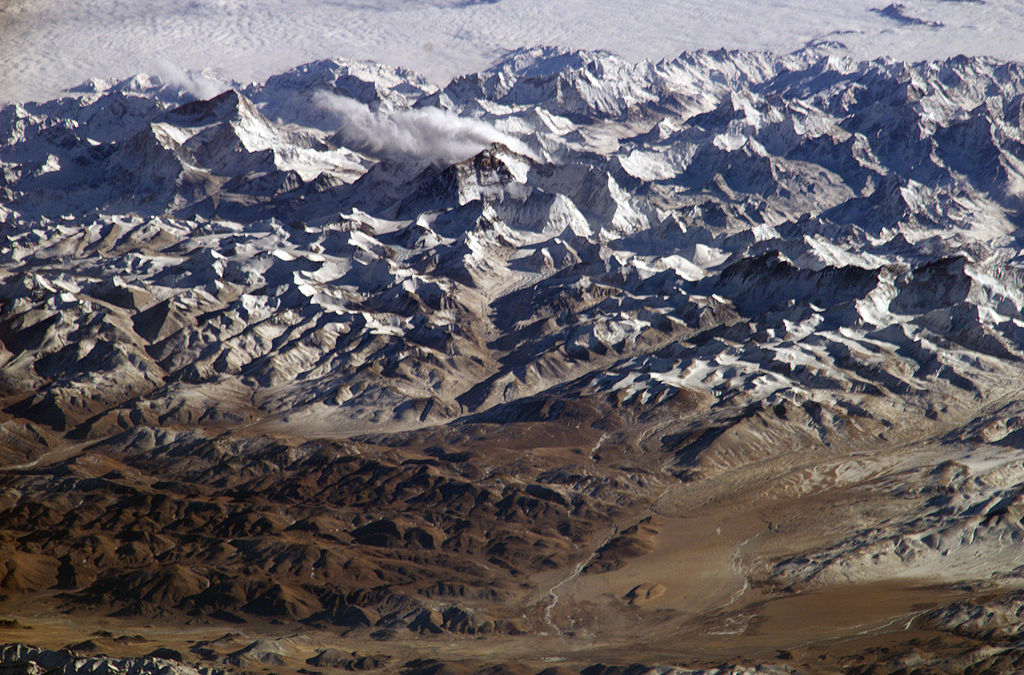 The Ochre Mountains are a natural wonder, both serene and forbidding.

The Ochre Mountains are a place of quiet contemplation and deep philosophical debates. The Titans act more as teachers and priests than as governors or gods.

The Titans have acted infrequently in the world. Once, they allowed a goliath to leave the mountains to vanquish the rogue ghilan Nebu and found the Middle Empire. Once, they allowed an ogress named "Mazdak" to leave the mountains and preach her Truths to the world. And once, they intervened to prevent the ghilan Yaro from introducing necromantic rule to Winteren, instead convincing them to enslave the indigenous human population as slaves.