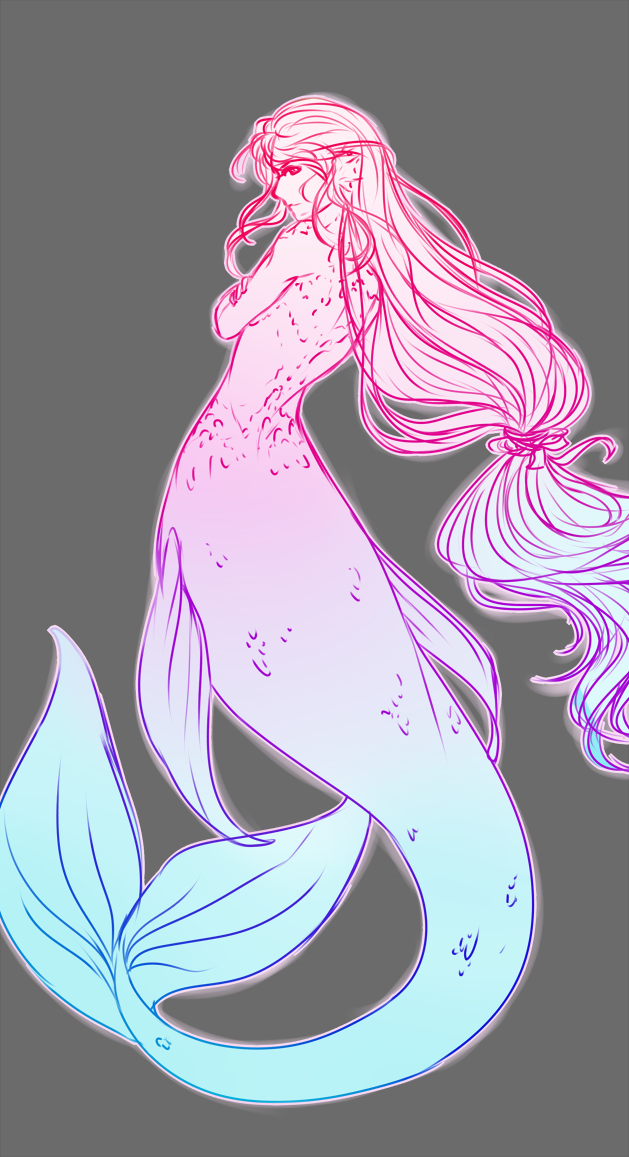 The merfolk that inhabit the waters between the Tirran continents have long been known to the dwellers of the surface, and have had countless interactions with them. Most form small communities and settlements beneath the waves, to protect themselves from dangerous predators of the deep, and are granted some benediction from the progenitor of their species, the Aesirean Goddess, Undine.

Merfolk are first documented as interacting with the surface dwelling races as early as the Third Era, preceding the Kaladonian Age. It is said that this inevitable interaction was spawned by the goddess' slumber, the fate that befalls all Aesir, and a need or desire for trade and community with the surface; Legends of the time abound about small sightings of merfolk in various communities, but ultimately, this appearance was the moment the myth was dispelled and the worldwide community first became aware of their existence.

The vast majority of merfolk live in a theocratic state under the waters depths, centered around the Undersea Temple, within which the demi-plane that houses their sleeping deity resides; Merfolk are typically very loyal to their deity from a young age, and many are satisfied to live their lives in the underwater. Some are eager to explore the lands of the surface, however, and many small merfolk settlements can be found in various regions, especially Fairus. Merfolk are often easily accepted into communities, and are one of the most soluble races in terms of ethnic compatibility with other societies.

Merfolk are typically cheerful, outgoing, and gregarious, though sometimes may exhibit a timid and somewhat reclusive and observant around other races, sometimes due to a level of uncertainty and sense of not belonging on the surface, when part of a generational group that has recently immigrated from the sea. Families outside of the sea have extremely tight-knit family and community groups, though they are typically social and forthcoming with guests or outsiders. Still, a level of trust present between members of these groups are not commonly expressed to those from the outside.

Merfolk usually have pale skin, which can be varying shades of blue or white, usually in more softer, lighter colors. Most prefer short hair, of which is usually a dark hue, particularly navy or royal blues, though cerulean, teal, and even colors of violet are not uncommon. Red, Green, and Blonde hair is rare, but are noted.

Physically, Merfolk are different from other humanoids mostly because of their environmental adaptations. On their necks, they have small flaps of skin covering a set of gills, often no bigger than the palm of a hand. These are usually unnoticed when on land, as the skin recedes over them to keep infections or contamination out of concern. On each arm and leg, small ridges are present, and act as fins to better maneuver in water, as well as having slightly webbed feet and toes. These webbings vary in how far they might extend, from individual to individual, but usually as long as half the distance between the knuckle and first joint of the fingers. Webbing does not occur between the thumb and the index finger.

They usually tend to gravitate towards more whimsical entities, and are easily amused and enthralled by music and dance, even to the point of being far more open and joyful, with any race or culture. They take pleasure in participating in festivals, both of their own kind and foreign ones, and these events tend to be one of the most common methods of bonding, both with their own kind and with parent societies when they are outside of the sea.

Merfolk usually range in alignment, depending on individual goals and means, but are typically chaotic neutral, given to their whimsical nature and tendency to respect and appreciate song and dance over all else. Neutrality often comes to mind simply because the Merfolk have never acted as a group against any other political entity, and mostly enjoy their underwater homes, while some might go on journeys through the lands of the upper world, to see the sights, sing the melodies, and learn the dances of many cultures beyond their own. As always, individual cases can vary, but this is a very, highly common template applied to most of the kind.

Undine, the Aesirean goddess of water, is widely worshiped, and some even speculate, safeguarded during her slumber by Merfolk, who are said to have been spawned due to her influence. Jubila is also a common deity among Merfolk, as she presides over professions of revelry and spirit-lifting dance. Generally, Merfolk hold no real opinion towards the Pantheon, but it is not uncommon for a select few to worship deities from the Pantheon, or other Aesir.