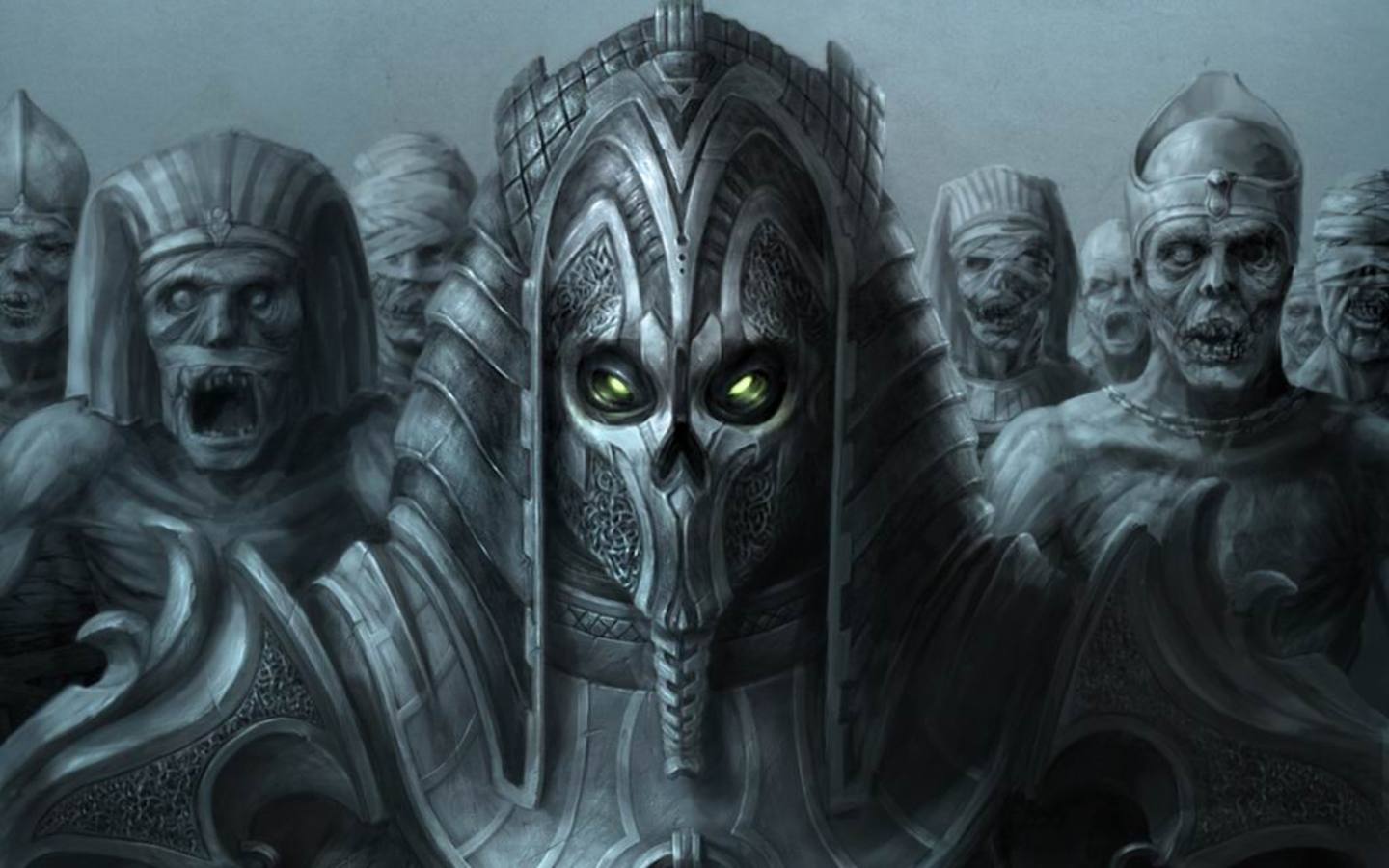 A lord of the damned specializing in mummies.

Lord of the Damned

"Your resistance is interesting, but ultimately futile. Whether now at my hands, or a hundred years hence... you will die. And you will join our legion."

It is a well known fact that undead are created from natural forces. Great pain, fear, or despair are but a few of the many ways for undead to rise, and the circumstances of one’s death determine what kind of undead one may become, and the raw power that undeath will bestow upon one. The Lord of the Damned in as earnest student of this phenomenon, and a practitioner of the most vile of tortures. He creates undead not by magic or negative energy, but by his understanding of the psychology and physiology of undeath. He controls his creations not by supernatural power, but by shattering the mind within the undead shell and reshaping it to his own purposes. To him, the greatest weakness of the undead is not that they are the walking dead, but that they were once alive.

Becoming a Lord of the Damned

Weapon and Armor Proficiency: The Lord of the Damned gains no proficiency with armor or weapons.

Spellcasting: Every level, the Lord of the Damned casts spells (including gaining any new spell slots and spell knowledge) as if he had also gained a level in a spellcasting class he had previous to gaining that level.

Rebuking/Turning (Su): The Lord of the Damned gains the ability to convert uses of Turning into Rebuking or uses of Rebuking into Turning regardless of alignment or god. Levels in Lord of the Damned stack with any other class levels that provide Turning or Rebuking.

Lord of the Damned Creation Feat: At first and every subsequent odd numbered level, the Lord of the Damned may choose any Necromantic Creation feat if he would normally qualify to take it. When he uses a feat learned with this class feature, he can and must create undead from living subjects (instead of corpses, as is normal for most of these feats).

Aura of Evil: The Lord of the Damned radiates evil at a power equal to his level. This feature stacks with any other class features that cause a character to radiate evil, such as those of evil clerics or blackguards.

The Hunger Denied (Su): At 4th level, the Lord of the Damned radiates an effect similar to an antilife shell, except that it only affects undead. He may end or renew this effect as a move action.

Heel to the Master (Su): If a 6th level Lord of the Damned expends two uses of Turning/Rebuking while making a Rebuking attempt, any undead that would normally be Rebuked are instead Commanded (limited by the normal amount of undead he can command).

Parade of Atrocities: At 8th level, the Lord of the Damned gains some of the abilities of a Necromantic Intelligence. He sees anything that any undead he has created sees, and he may alter the weather as a Necromantic Intelligence within a radius of 1 mile for every two character levels. Any creature of HD 1 or less violently killed within the radius of this weather becomes a Zombie under his control.

The Obsession: By 10th level, the Lord of the Damned has learned the exact circumstances needed to turn himself into a Lich. He does not gain a level adjustment or expend gold or experience points for this transformation, and he must designate one Tiny-sized magical object to become his phylactery.

Tome of Necromancy (DnD Other)