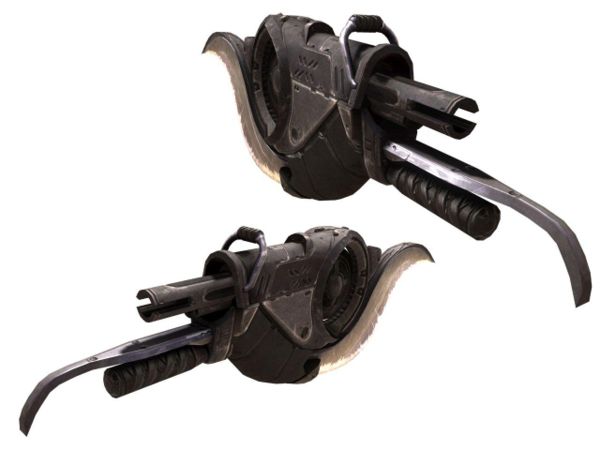 The brute shot is a grenade launcher that fires belt-linked grenades (four to a belt). Attacking with a brute shot is identical to throwing an explosive: you make a ranged attack against a specific 5-foot square (instead of targeting a person or creature). The differences between using the Brute Shot and throwing an explosive lie in the range of the weapon (which far exceeds the distance a hand grenade can be thrown) and the fact that the brute shot requires a weapon proficiency to operate without penalty. The belts of linked grenades cannot be attached together, as they fit inside the weapon. The Brute shot has a secondary method of use, in which you make a standard ranged attack versus an opponent. They recieve no reflex save if the attack hits, and the explosive deals an extra 2 dice of damage, but there is no are of effect splash damage. 4 Grenades weigh 4 lbs.

The Brute Shot can alternatively be used as a Close Quarters weapon at a -4 penalty for 3d4 damage with 1.5x strength. Taking the Exotic Weapon Proficiency (Brute Weapons) negates this penalty.