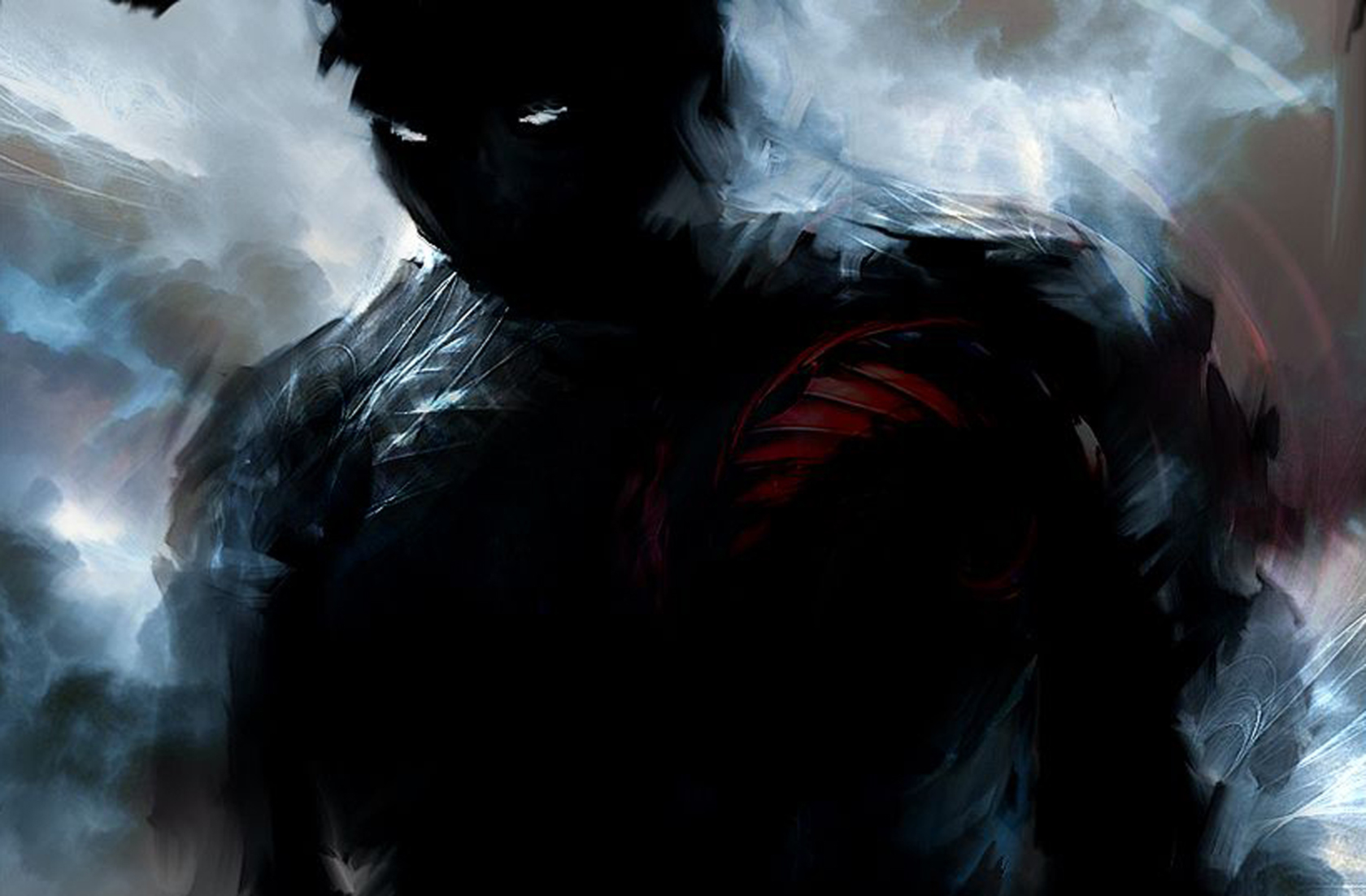 Time walkers are a type of people who have been born with the unexplainable capability to envelop themselves in utter non-existence and actually exist 'outside' of time. While in this state, they still exist in time, and they're still swept along in its current, but they have the power to see and understand its impossible rhythm to the degree that they can actual reach out and twist it to their fancy. Upon the field of battle, a time walker is a seemingly unkillable foe that can slip away and recover from nearly any attack, no matter how inexplicable it may be.

Time walkers are stalwart warriors upon the battlefield who can seemingly take any kind of attack and keep going, considering that time itself seems to work backwards upon them, knitting fresh wounds together into seamless scar tissue, and brushing away bruises as though they were nothing but dust. Not to mentions that they can move faster that practically any other warrior, and tear through the ranks of their enemies with exceeding ease and perfectly timed out precision.

Fast Healing: The ammount that the time walker's fast healing heals each round increases by 1 every 3 levels after eighteenth (21st, 24th, 27th, etc.).

Greater Moment Stop: At 21st level a time Walker gains the ability to move up to 4 times their full base land speed as an immediate action that does not actually count against the total immediate actions or swift actions he can take in a round (not provoking attacks of opportunity). If this ability is used after an opponent has moved to a square where they threaten the time walker, but before the opponent makes an attack, then the opponent counts as having used his move action for the turn unless he has the spring attack feat and his total movement doesn't exceed this total speed. This ability does not replace the moment stop or the improved moment stop class features, but only either this class feature, moment stop, or improved moment stop can be used in a given round. This ability can only be used once every 1d4 rounds.

Temporal Strike: The distortion bonus for a time walkers temporal strike increase by 1 at every even level after 20th (22nd, 24th, 26th, etc.).

Sovereign Flow of Time (Ex): To a time walker of a certain caliber, time is merely a tool to be contorted to their every whim, no matter how slight, no matter how distant it may be. At thirtieth level, a time walker’s bonuses to Dexterity and Wisdom during the use of his flow of time class feature each increase to +10. Additionally, the time walker makes the second roll of any dice he rerolls while under the effects of his flow of time class feature with a +10 competence bonus.

Religion: The ability to comprehened the flow of time and its inexplicable rhythym generally changes a mans outlook on religion. Some time walkers could possibly scorn the concept of laying themselves down before an ideal or a belief, since they have seen the true of nature of all reality, and so, nothing could possibly be higher than themselves, in their own minds. Another time walker could see through history, and see the manner in which a god came to be, possibly being swayed to follow such an entity in the process.

Other Classes: Time walkers have an extremely close connection with a matter of reality that some beings spend their entire lives attempting to merely comprehend. This fact makes it very easy for wizards and other intellectual classes to get along with them. On the other hand, this same connection with the essence of time can only be effectively used in combat, and this inherently leads to them being able to understand the flow of a battle to a greater degree. This fact tends to help a time walker become greater friends with fighters or barbarians.

Combat: Time walkers have an extremely unique role in battle. They tend to bounce around the field of battle, being generally unpredictable, and making single, heavy blows that nearly knock opponents out of the game entirely. On the other hand, a time walker could fill the role of a support character, who juggles opponents completely out of the battle, and takes hit after hit after hit, yet keeps going, and giving the opponent a fight they more than likely won't win. Honestly, a time walker can turn the battle on its head at any given moment.

Time Walkers in the World[edit]

Time walkers rarely fit into roles that would be considered 'normal', instead finding themselves as assassins, leaders, or wise men. Due to this fact, a time walker is usually found in places of wonder, or horror. From the truly terrible choas of the battlefield, to the pristinely clean precision of a king's halls, they can be found anywhere, and everywhere. Though, sometimes, a time walker may find a way to slip between the cracks in the world, and settle down, in a quiet place. When this happens, a time walker will still find the world around them to be a wonderous place, since they can see it for what it truly is.

Daily Life: Day to day life for a time walker can be a good bit more interesting for them than for another creature, considering that they have the ability to see and understand a day's passage in ways that few can understand. A particular time walker could enjoy spending his time merely watching its flow slip through the world, just as another person would enjoy watching a waterfall flow. Though, sometimes, a time walker could simply view the flow of time as a backdrop to existence, and hardly even notice it, being too busy with the other matters in his life.

Notables: Mason Uregai, Male Human Time Walker: fought off the onslaught of an entire army of celestial beings for a month.

Tania Jewel, Female Wild Elf Time Walker: led an expedition to kill a family of evil prismatic dragons that had been destroying the wild.

Darrell Ix, Male Azer Time Walker: has percieved all of time, and is in constant understanding of it.

NPC Reactions: Time walkers are difficult to notice most of the time, and can usually pass as just an ordinary person in most situations. Though, should a time walker show what they are, whether by moving through time, or speaking about the inner workings of time, they tend to be more easily spotted, since their very manner of existence is unusual. When an NPC actually realizes that a person is a time walker, they usually regard that person with different degrees of respect, awe, and fear, depending entirely on the person in question.

Characters with ranks in gather information can research time walkers to learn more about them. When a character makes a skill check, read or paraphrase the following, including information from lower DCs.

Time Walkers in the Game[edit]

Time Walkers can seen wandering through nearly any location concievable, from the oldest and most revered of a king's courts, to the most brutal and unrelenting desert. Though, one truth about time walkers is that they can seem to be calm in almost any situation. A particular time walker could find themselves being faced with a war engine bearing down upon them, and not even bat an eye, for they can feel and see what is going to happen next. This fact often leads those around a time walker to have a kind of latent respect for the him, since he can virtually stare down the raging path of a storm, should he choose to.

Adaptation: Time walkers can truly be adjusted to fit into any world, no matter how far fetched it may be. For example, time walkers could be a sect of nomads who wander through the far southern deserts of one world. In another situation, it could be that the path to being a time walker could be lost, and the only record of the ways one can become a time walker are stored in an ancient scroll buried in a kings tomb.

Sample Encounter: Orin Maske grew up in a cold world, always shunned out into the freezing darkness of the night, always powerless as he saw atrocities acted upon those closest to him, always wishing death upon the evil people of the world, but never getting his wish. Until that is, the day he turned 13 he realized that he had a strange power, the ability to actually see the passage of time, in ways that others couldn't understand. He eventually realized that, when he was looking at time this way, that others could seem to keep up catch him, no matter what they did, and he soon realized what he could do with this ability. Orin found himself then, stealing things like loaves of bread from bakers' windows, and then disappearing from sight without so much as a scratch on his frail form. After a time, he began stealing bigger things, like books, clothing, and occasionally bags of coins. Though, one day, someone did catch him, moving as a blur for an instant and knocking Orin down, coins flying everywhere. This man was faster than anyone he had even seen. The man said his name was Drake Nere, and, strangely enough, hadn't turned him in to the police, like others would have. No, instead, he told Orin to travel with him, and actually taught the boy some different kinds of fighting, giving him a sword, a suit of armor, and many other things. Though, a day came when Drake left, in the middle of the night, leaving Orin alone, asleep in the dark. Orin always wondered why Drake had left, but didn't care much beyond that. Today Orin is still travelling, just as he had been when he was with Drake. But he has felt much more alone than he had before, as though he was the only person left in the world.