A Lychguard equipped with a Hyperphase sword and Dispersion Shield

The Necron Overlords and Lords have made the Lychguard as their own personal defense force. When not directly defending their leaders, these skeletal monsters patrol the galaxy in search of beings that would pose a threat to the rise of the Necron Hierarchy. They stand 8 feet tall and will not stop moving toward their target.

Given their size and strength, they can wield their larger equipment with the same ease as a human with a shortsword.

Also, when a Necron falls in battle, its allies will attempt to recover the broken body to repurpose it on their home world.

Lychguards take an aggressive but methodical frontal assault when they are sure they are the more powerful combatants. They will form a line or concave arc facing their foes and press inwards.

Those with Warscythes will attack "lesser beings" with the blade on the butt of the staff, reserving the main Phase Blade for worthy foes. These can be used as double weapons, but Lychguards do not utilize this. If the foe is worthy, it gets the heavier end. If not, it is dealt with like a rat with a broom.

Those armed with Dispersion shields will typically deflect incoming fire into their comrades. Reasons for this are unclear. It is speculated that they simply do not care about where the attacks go. It is unlikely, but not impossible, that they do this intentionally.

Necron equipment, for combat purposes, is made for a specific type of unit and is never custom built as Necron units, excluding Lords, Overlords, and C'tan, do not vary. Only Warscythes take small exceptions to this rule, being the symbolic relics they are. 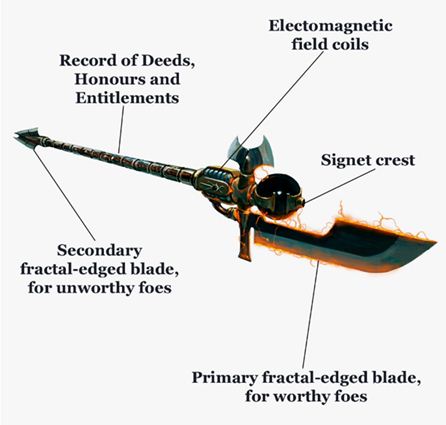 A general rendition of a Warscythe 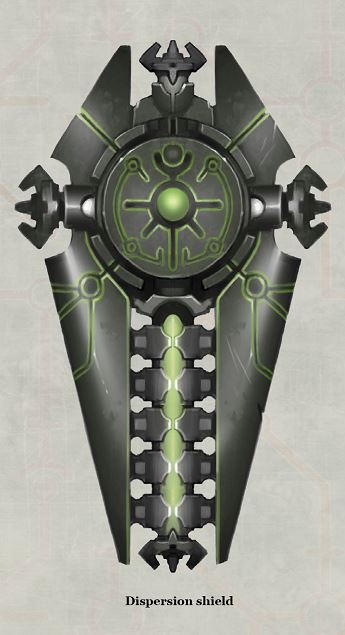