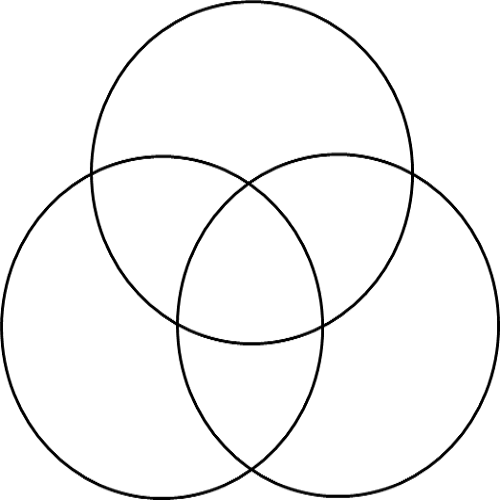 The Symbol of the Ghost Warriors. Three circles for the creed, Change, Death, Shadows

Ghost Warriors are organized warriors who seek to better society by working in the shadows. Often acting as assassins, spies, or mecenaries, the Ghost Warriors can maintain a world wide organization training new recruits. Ghost Warriors have high skills in stealth, illusions and blades. They feel comfortable in any location and can take out their targets no matter the situation. The Ghost Warrior organization is the first loyalty for every Ghost Warrior, but only call a meeting once every 10 years.

Ghost warriors are masters at stealth and fighting with swords. While not the best at constant fighting, these warriors work together well and focus mainly on one target. While they lack consistent damage from a quarry or curse, they make up for it by channeling raw entropy power and death when they hit their foes. There are three major Ghost Warrior Builds that are presented here.

The Savage Ghost Warriors favor fighting openly and favor two handed swords. Your highest ability should be Constitution, followed by either Wisdom or Intelligence based on whether you want to focus more on stealth or hindering your enemies.

Ancient Ghost Warriors take pride in holding their roots in the oldest parts of the Ghost Warrior history, and favor their twin blades. Take Constitution as your primary ability score. Your second highest should be Wisdom to make the most of your Wrathful Cowl feature.

When creating a Ghost Warrior, choose one-handed or two-handed weapons. You gain a +1 bonus to attack rolls and damage rolls with them. This bonus increases to +2 at 11th level and +3 at 21st level.

In stead of gaining Encounter powers, you gain power points to augment your At-Will powers. The number of power points and at-will powers you have are determined by your level and shown in the table below.

While they are masters at combat, Ghost Warriors also favor stealth when available. When making a Ghost Warrior, choose one of the following Cowls:

Masters of two bladed fighting, people who choose the Wrathful Cowl prefer fighting over stealth. While many people see them as Beserkers, they do focus on tactics and will sneak if it can give them the upper hand.

You can use your Wisdom modifier in place of your Dexterity or Intelligence modifier when determining AC and initiative. In addition you also gain the Armor Conditioning Feat.

Masters of fighting with Two-handed weapons, these Ghost Warriors tend to fight even more openly than others in their order. These fighters tend to prefer smashing down a door compared to picking the lock.

You can use your Intelligence modifier in place of your Dexterity modifier when determining initiative. In addition, you also gain the Toughness feat even if you don't meet the prerequisites.

Enemies get a -1 penalty when attacking you with a ranged attack.

When you move at least 3 squares away from where you started your move, you gain concealment until the end of your turn.

A Ghost Warrior's powers are called exploits and are learned through training. Each of the three schools has a unique set of skills they can use. A list can be found Ghost Warrior Powers (4e Power List).