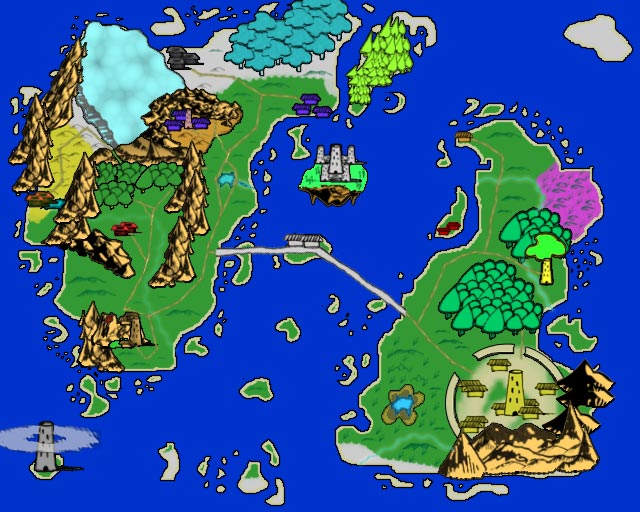 Tirr's Material Plane is a widely diverse place, filled with almost every geographic region imaginable. The two deities, Helios Majora, the first star, and Helios Minoris, the second star, circle the planes each day. Day is noted as each revolution of Majora; Minoris, however, does provide 6 hours of daylight every two nights, when his cycle deviates from Majora's, due to it's faster speed.

Weather and Seasons are determined mostly by the cycles of the two stars and Lunar, the Moon, as well as a predetermined ebb and flow of the oceans. The northern and southern portions of each continent are constantly covered in snow, while the more tropical portions of the world are set in by rain and sun. Tornadoes and Hurricanes are common, in their respective seasons, though most civilizations have adapted, in part, to save themselves from these threats.

The world and civilization within is mostly local to the two main continents, Halimeda in the east, and Loupe in the west.