Driders are gifted servants of the spider queen, their devotion and strength rewarded by Lolth in the form of spydric stature.

The drider arachnomancer relies on its ranged and area attack powers to deal with its foes, using web if a foe gets near, and living tide on a mass of enemies. If bloodied, it will try to retreat, using web as cover if possible.

The drider fanglord uses web to restrain its foes to gain advantage during combat, and uses its greatsword. It relies on sheer toughness for survival.

The drider shadoweaver uses stealth to try to surprise its foes, using its rapier when it is in an advantageous position. When bloodied, it flees, using web as a cover for its retreat. 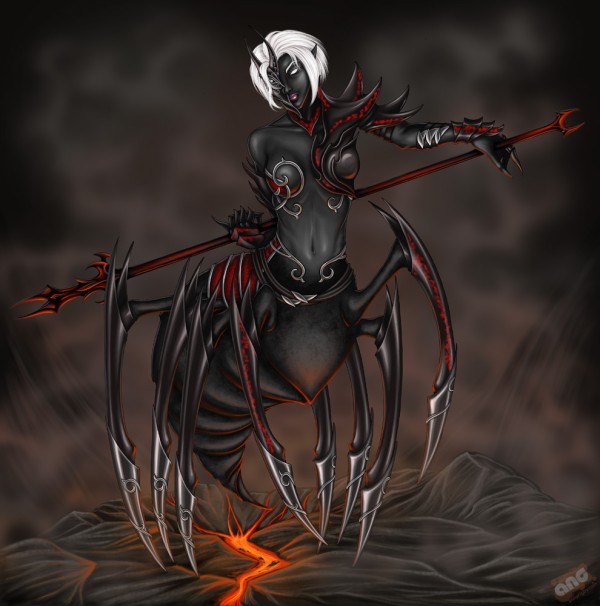 The drider widowmakes uses similar tactics to the shadoweaver, relying on stealth to surprise its foes.

A character knows the following information with a successful arachana, arcana or religion check.

DC 15 (arachana), DC 20 (arcana or religion): In drow society, the strongest and bravest can take a test of Lolth. Those who succeed can become driders, members of a privileged caste. Those who fail are usually transformed into chwidenchas.

Driders are usually found amongst drow or spiders. They are often part of drow raiding parties.