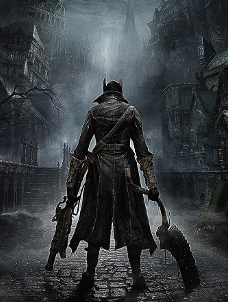 Hailing from far off lands, Bloodborne hunters travel the world hunting Eldritch abominations and monsters. The Bloodborne hunters have an unsettling supernatural mastery over the blood that runs through their veins, learning to use it to perform incredible feats not achievable by other warriors.

Attacking fast and relentlessly, Bloodborne hunters are masters of the battlefield, experts at controlling the flow of battle and conquering their foes through indomitable will.

This class is based on the hunters from Fromsoft's Bloodborne. 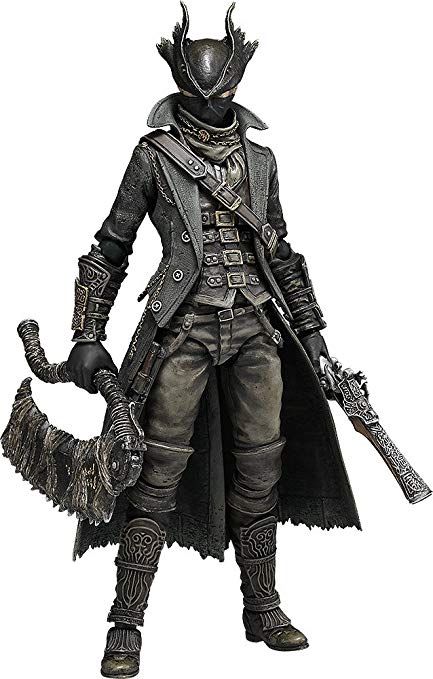 Dexterity or Strength should be your highest score depending on which stat you choose to prioritize, followed by Wisdom. Pick Human as your race, and pick the Slayer background.

As a Bloodborne Hunter you gain the following class features.

Your body runs lush with blood, creating more blood than other members of your race. Starting at 1st level, the cost of producing health potions is halfed. The health potions you create using this ability are created from your own blood and therefore can only be used by you.

Starting at 1st level, the blood running though your veins calls to the blood of enemies, hungering for their blood to become one with your own. You can choose to regain a number of hit points equal to half the damage you deal on your turn, up to the amount of hit points you lost within the last attack that hit you. You must deal damage for this to take effect.

You can use this feature a number of times equal to your Old Hunter level before needing a Long Rest to use it again.

Your mastery over your own blood allows you to manifest your blood as bullets for your counter weapons. Starting at 2nd level you possess an amount of silver bullets equal to your Bloodborne Hunter level, which can be used to perform counter actions.

The Silver bullets you manifest from your blood can be used to perform certain counter manuevers.

Miss: At 2nd level, when an opponent makes an attack action against you and hits, as a reaction, you can spend 1 bullet to make a weapon attack with your counter weapon against the opponent and if you hit, you force that attack to miss.

Parry: You've come to learn and understand the ebb and flow of the hunt. At 2nd level, when an enemy makes an attack against you and hits you, but before damage is calculated, you can spend 1 bullet to make an attack action against the attacking opponent.

Dodge roll: At 2nd level, after you take damage from an attack, you may spend 1 bullet to use your reaction to move half your movement speed in any direction without taking an attack of opportunity.

At 2nd level, you adopt a particular style of combat as your specialty. Choose a fighting style from the list of optional features. You can't take the same Fighting Style option more than once, even if you get to choose again.

Dueling: When you are wielding a melee weapon in one hand and no other Weapons, you gain a +2 bonus to Damage Rolls with that weapon.

Gunslinger: You gain a +2 bonus to attack rolls you make with ranged weapons.

Power of Attrition: You gain progressive +1 bonuses to damage for each consecutive hit you land, up to +4. The hits must do damage to count for this increase in damage.

Hunter combo: You gain a +1 bonus to both your trick weapon and counter-weapon.

At 3rd level, you take a sworn oath to a covenant of warriors. These covenants give the Old Hunter abilities as they level up. You may choose from the Cainhurst Vilebloods, the Executioners, the Hunter of Hunters, the League, or the Blood Beast

When you reach 4th level, and again at 8th, 12th, 16th and 19th level, you can increase one ability score of you choice by , or you choose a feat from the list of feats. You can't increase an ability score above 20 using this feature.

Starting at 5th level, you can attack twice, instead of once, whenever you take the attack action on your turn.

At 7th level, your instinctive agility lets you dodge out of the way of certain attacks, such as a dragon's breath or the fireball. When you are subjected to an effect that allows you to make a Dexterity saving throw to take only half damage, you instead take no damage if you succeed on the saving throw, and half damage if you fail.

Starting at 7th level, you've mastered the use of your silver bullets, and can now draw from your own healthpool to create more of them. You may deal 1d6 damage to yourself per bullet regained.

At 9th level, you have faced creatures that give children nightmares and lived to tell the tale, you have immunity to being frightened.

At 9th level, your mastery of the blood flowing through you makes you immune to disease and poison.

You have become of master of the nonstop flow of combat, never needing to rest or stop. At level 10, you can use a bonus action to drink potions instead of a standard action,

At level 11, if you can obtain a sample of a creatures blood that was spilt from the creature within the last 30 days, you may track the creature using its blood.

When you take this oath at 3rd level, you learn new techniques to restore health points. You gain 3 additional hit die.

Starting at 9th level, you are skilled in absorbing enemy health into your own healthpool. Whenever you attack an enemy, you can choose to heal an amount equal to the damage you just dealt. This ability can only be used once and can be replenished by taking a short or long rest.

Starting at 15th level, You can now use your second wind to heal yourself twice before requiring a long rest.

Starting at level 3, you gain 2 extra blood vials for each level as opposed to the normal 1 vial you would gain each level

When you take this oath at 3rd level, your attrition bonus increase limit increases by +1.

Starting at 15th level, You can now use your second wind to heal yourself twice before requiring a long rest.

When you take this oath at 3rd level, your hit die increases to a d10

when you take this oath at 6th level, your armor class, when not wearing any armor, is 10 + dexterity modifier + wisdom modifier [Minimum of 15 AC]

When you take this oath at 9th level, you may choose to increase either your Dexterity score or Strength score by +1

Prerequisites. To qualify for multiclassing into the old hunter class, you must meet these prerequisites: 13 DEX or STR

Proficiencies. When you multiclass into the old hunter class, you gain the following proficiencies: Trick weapons; Counter weapons; medium armor