Way of Nine Gates of Hell[edit] 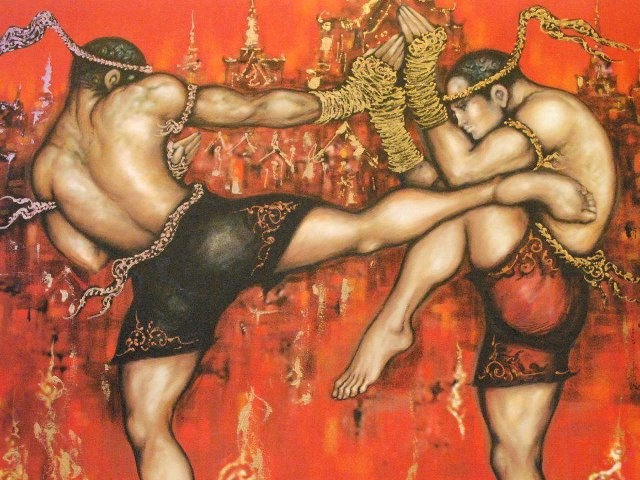 Two monks fighting in the way of nine gates of hell, by Raul Andrei, Source

Mastery of the Body[edit]

Starting when you choose this tradition at 3rd level, you can use nearly any part of your body to make an unarmed attack, not just your arms and legs. This will allow you to attack in different situations, even when wielding two weapons or two-handed weapons.

Starting when you choose this subclass, your martial arts have improved. Your martial arts die is now permanently one die size bigger than stated on the Monk table in the PHB. A d4 on the table becomes a d6, d6 -> d8, d8 -> d10, d10 -> d12.

Starting at 6th level, immediately after taking damage from a creature within melee range, you may use your reaction to make an opportunity unarmed attack against that creature. If your unarmed attack lands, you may choose to expend a ki point to deal maximum damage.

Starting at 11th level, your Flurry of Blows is upgraded to Flurry of Wrath. After taking the attack action, you may now spend 1 ki point to make 3 unarmed strikes as a bonus action.

Additionally, you can spend 3 ki points to make 6 unarmed strikes as an Attack action. You may only use this feature once, regaining use after a short or long rest.

Starting at 17th level, as an action, you can spend all of your remaining ki points to make a number of extra unarmed strikes equal to the ki points spent + your Dexterity modifier.

You gain a level of exhaustion after using this ability and must end your turn. You can only use this feature once, regaining use after a long rest.