"Through faith there is redemption." 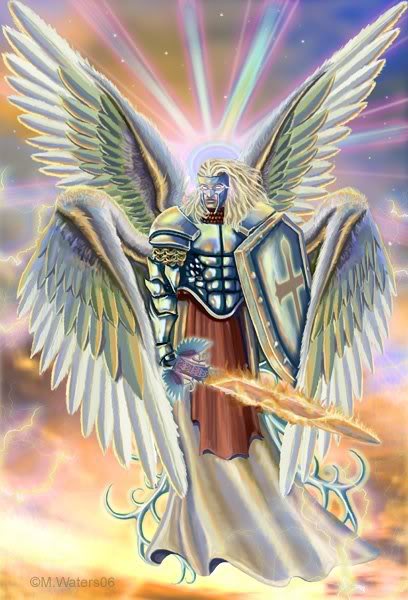 Citizens of the holy city of Sykuin, in the heart of Drexsistan, the Sykuin are the faithful warrior priests and knights who maintain Valgora's most holy site. They are rumored to be descendants of celestial beings who formerly maintained the site, not long after ascension of the god Vargach.

They serve as powerful emissaries of good, honor, righteousness, and strength - the core values of Vargach. Members of the Sykuin hunt down and confront evil whenever possible. Adventuring Sykuin outside of their native country are common, usually on quests to defeat evils across the land.

Sykuin are little different from humans in appearance, the only major exception being the wings that extend from their upper backs. They usually stand from 7 feet to a little over 8 feet in height and weigh from 195 to 285 pounds. Men are noticeably taller and heavier than women. Sykuin coloration spans the same spectrum as [SRD:Human|humans]], with blue and green eyes and hair that ranges between a light brown to a very pale blonde.

Sykuin dress is always more practical than decorative. Knights carry defensive gear and armor covered in the holy signs of Vargach, while priests and other non-combative workers wear simple robes and gowns. If any clothing does have decorations, it will usually feature wings or symbols of faith. Sykuins, like humans, reach adulthood at about age 15, but can live to be upwards of 150.

If you're looking for a flight-capable race, with a rich heritage and a deep sense of faith, then the sykuins are perfect for you.

Most sykuin adventurers undertake missions on behalf of their faith or for goodness in general - combating evil and treachery wherever it forms.

Though rare, there can be found the sparse sykuin adventurer who is more independent, with a weaker faith or non-existent sense of duty to the gods. There's a long tradition in sykuin society - a cultural safety valve of sorts - where sykuins who don't fit in choose a period of self-exile, during which they wander the lands. This is to teach the sykuin how evil can hurt the lands, as it is expected for the exiled to run into trouble. The end goal is for the individual to return to Drexsistan with a renewed faith. Whether your character seeks to regain his faith, and as such, his place in sykuin society, or forge a new destiny for himself, is up to you.

Even though you have a flight ability and speed, it's still a good idea to look for items to improve your maneuverability in the air. Doing so will help you when you're facing hazards and when you're wearing heavy armor. If you're a spellcaster, you'll want to know every spell in the Player's Handbook with the air descriptor.

Sykuins keep the names they are given at birth, even after marriage. When among other races, sykuins do not give their family names, instead taking the name of their settlement as a substitute surname (example: Garbriel of Sykuin instead of Garbriel Iresky). Given names among sykuins always begin with consonants, while family names typically begin with vowel sounds (though this is not across the board, irregularities do exist). 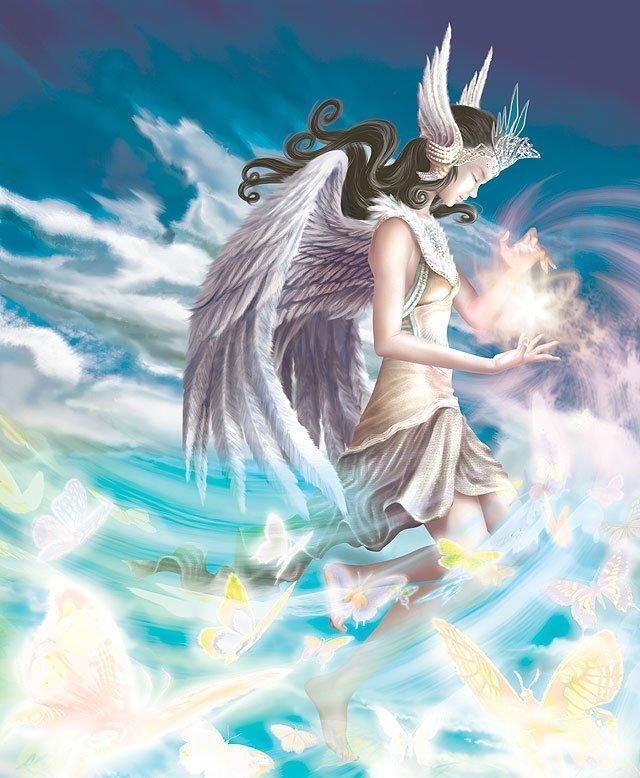 As a sykuin, you're exotic both physically and culturally. You're able to traverse the boundary between the worlds of land and air - a boundary that most find impassible. You're from a culture with a rich history that few human nations can match. You carry the weight of your people's honor and heritage on your shoulders, a mixture of pride and faith.

Sykuins are, first and foremost, a very devout people. They literally owe their existence to their patron God, after all. Sykuins are also a very proud people, sometimes to the extent of being considered prickly about things such as their honor. They are not quick to take insult, but they are very particular about their own honorable behavior. They expect less out of other races, though are pleasantly surprised when on of the less-devout folk matches their standards for honor, good, and strength.

Sykuin culture is very tradition-bound and ordered. They honor the values of good, faith, strength, righteousness, and honor above all else. Of course, these are ideals to which individual sykuins strive, but the assumption of these virtues as being the norm colors everyday sykuin life.

Roleplaying Application: When you're faced with an important decision, frame your answer with your faith in mind: "An intriguing dilemma...chasing the pirates would protect the good coastal people, but continuing with our sea voyage will honor our God's original wishes."

Sykuin culture is regimented enough that even rebels, misfits, exiles, and other adventurers tend to go about their daily routines in an organized, mindful fashion. Devout sykuins undertake many small rituals of thanks and acknowledgment through their day, and nearly every sykuin prays at the end of the day.

Roleplaying Application: During your adventuring, remember to take time to honor your gods. Perhaps you leave a bit of each meal as a offering, or you shout his/her name in battle.

Sykuin speak common, as their country receives many annual visitors to the holy sites and the common language breaks down barriers. They speak celestial when among only other sykuins, or individuals who they know also speak the language.

Roleplaying Application: Sykuins are extremely holy people, and their idioms and sayings reflect this. When enjoying good fortune, other races may say "thank God," but sykuins take it a step farther and say "By Vargach's light."

Long ago a completely different society rules over Valgora. Some day even the land itself was different. All stories agree on one thing: Vargach changed all that. He shaped the world to be what it is today when he ascended to his throne as the deity of all deities.

The city of Sykuin is where it is said that his ascension took place. Shortly after the ascension, celestial beings began monitoring and maintaining Vargach's former home. As Vargach slowly grew into his role as a God, he no longer held such a personal interest in one spot over another, and as such began recalling his subject. However, the descendants of those beings and their various mates still exist today to do their job. They are the Sykuin.

Sykuins living within their home country base their day around their faith. Workers enjoy worship breaks where they eat, instead of lunch breaks. Community events are always synonymous with religious events.

As descendants of celestial beings, sykuins are always Good. Respectful of tradition and personal honor, sykuins tend to be lawful. Sykuins do not have any need for stringent legal codes and expansive laws, as they naturally obey and maintain order. Each member of their society is assumed to act with honor and integrity, seeking the best outcome for the most people. Dishonorable behavior is dealt with by the local clergy.

The sykuins are the predominant and leading race of the country of Drexsistan, which is located on the southern half of the main continent (also known as Valgora) within the Allied Lands of Malsvir. Other communities exist throughout the land, and are usually faithful communes placed on high-altitude locations, typically next to a cliff.

Currently, sykuins live in small enclaves of up to a thousand members. Each enclave is rules by a priest, who is often a paladin or cleric of Vargach. The only exception to this is the capital city of Sykuin, where the population exceeds 40,000 and is ruled by the Archbishop.

Most sykuins revere the mighty god Vargach as their patron and savior, as his ascension led to their home being holy, and his subjects are their ancestors. The temple hierarchy of the church is a pillar of any sykuin community, and high priests often serve as the principal advisers for anyone.

The sykuin have excellent relations with all foreign governments and races, as the annual holy festival in Sykuin is the world's largest celebration. People come from all lands, and all races are usually represented, even the most obscure. As such, the sykuin are quick to befriend any stranger.

Adventurers that involve holy sites or air-travel may showcase sykuins. When you need to use the plot device of an ancient culture with long-lost magic lore, consider a culture with a divine past, instead of a ruined mage's tower.

A few ideas include: 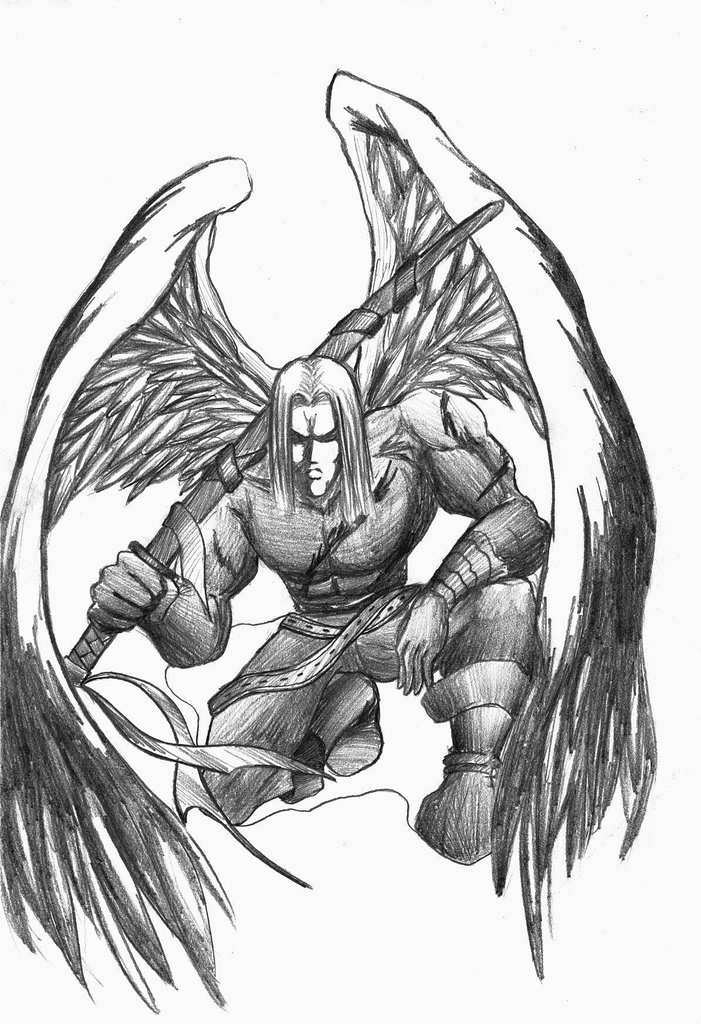