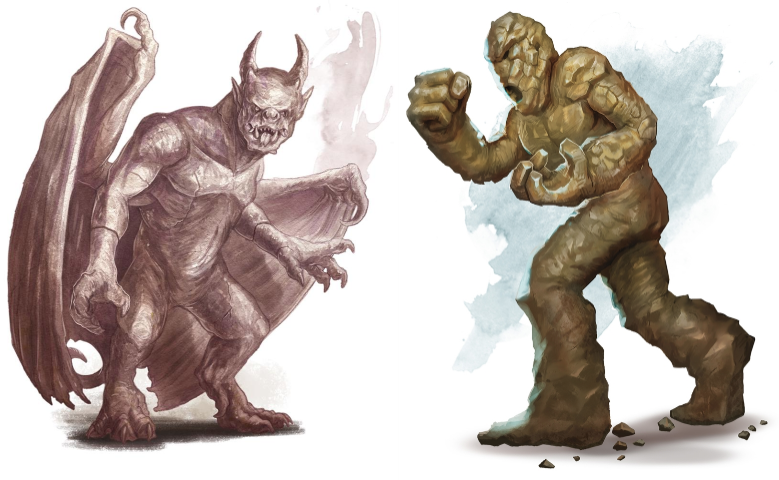 The people of Minralis are caught between a war of constructs. On one side, The Golems have been created by selfish spellcasters to help take what they want and to destroy anything in their way. On the other side, The Gargoyles were created to defend and protect against the evils of the island. But no side is clear cut good or bad.

The Gargoyles follow a strict code, almost physically unable to break that code whether it helps or hinders their mission. But their tenacity and relentlessness more than make up for it.

The Golems are the immovable object to The Gargoyle's unstoppable force. While they may not be able to think quickly or creatively, their strength and toughness is enough for them to not need it.

There are various different kinds of spellcasters, most foreign but all coming to the island for one purpose: to experiment. Minralis is rich with materials for creating constructs and is separate enough from the rest of the world to not draw too much attention. Their ability to create life, while useful, makes many of the inhabitants fearful.

Freelance Stonecutters are employed to dispatch of any Golem or Gargoyle deemed to be a persistent problem. They tend to be expensive but effective. 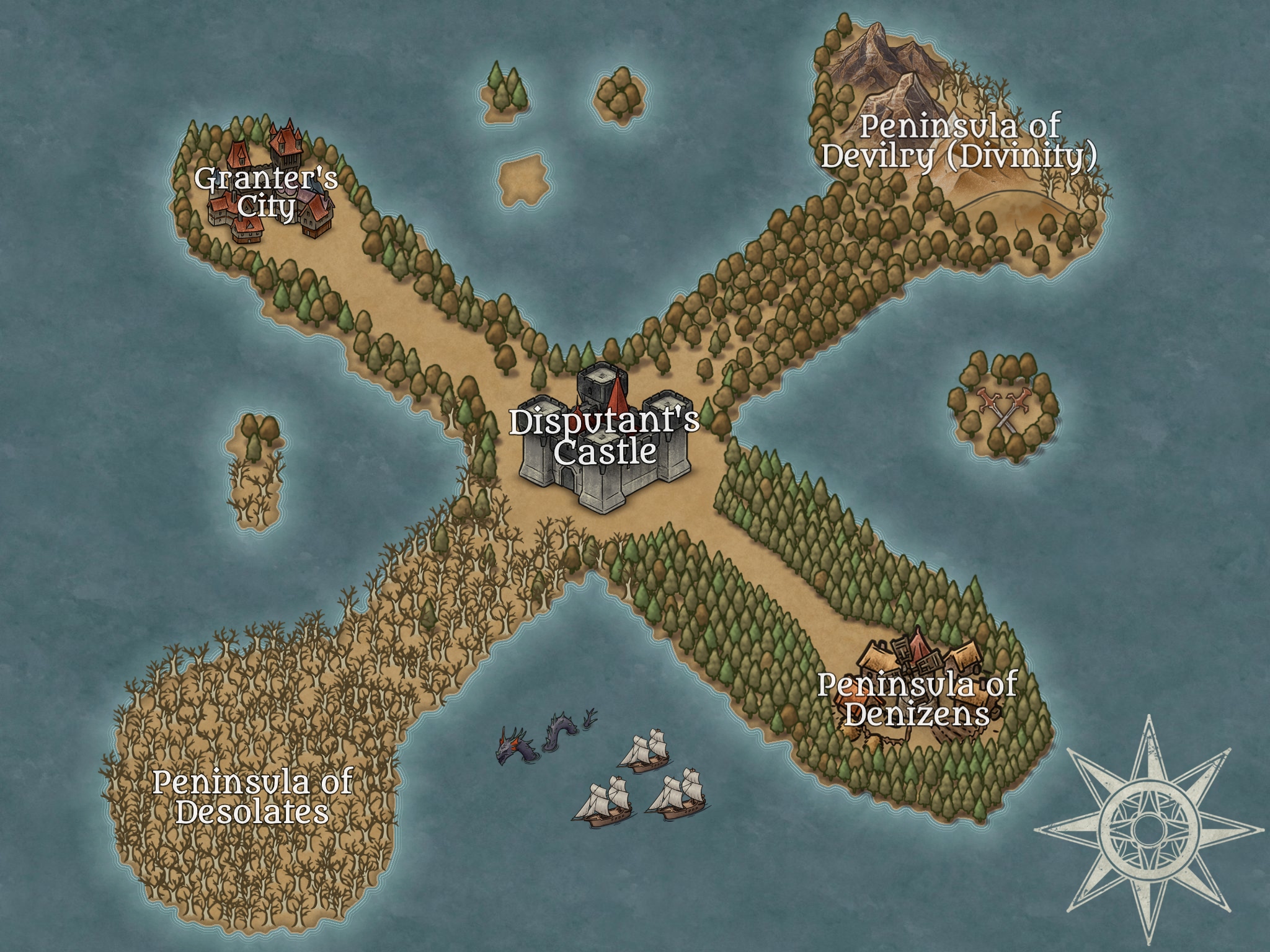 The Isle of Stone

Minralis is an island off the coast of Marculis, nicknamed The Isle of Stone because of its rich mining facilities. It has five major regions, with smaller ones mixed about.

The main trading region of Minralis. Goods and services are heavily traded here and it is the closest area to Marculis, which they regularly do business with.

Many of the commoners belong to this region and make their living off of mining the nearby quarries.

The quarries in this region have been abandoned after the spellcasters took control of it and started using it for their experiments. Those that live there call it "The Peninsula of Divinity".

Another abandoned region, as spellcasters used up its resources before moving across to their current peninsula. The area is populated by strange and mysterious creatures that kill travelers on sight. Those who commit atrocious crimes are sent into this region with nothing but a small knife. It is considered a death sentence and very few have ever returned. Those that have became Disputants.

Disputants are the main protectors and defenders of the island, which is why they rest in the center. Many of the commoners feel oppressed by the Disputants, many of their members being spellcasters and their creations. The people need protection from The Golems, but they are not sure if they want it from Gargoyles.

Gargoyles were a direct response to The Golems, made to protect people against them and other constructs. Many don't trust Gargoyles due to their striking resemblance to their enemies and the association with spellcasters. As Gargoyles only care about their code, they

As most creatures hate and fear the spellcasters, Golems are created to protect them. But some spellcasters use them to create armies for their own sinister purpose.

Artists who push themselves hard enough can use their passion to bring their work to life.

Paladin: Oath of The Gargoyle[edit]

Gargoyles who advance high enough into the hierarchy of the army that they become an elite member, gaining benefits most do not.