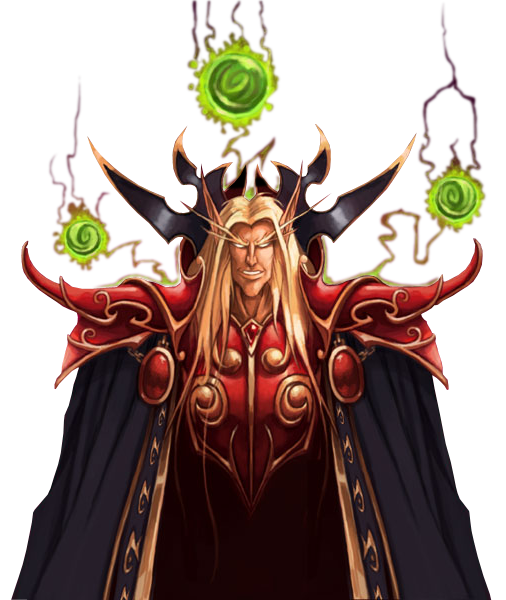 Blood Elf are a people of knowledge and power in the arts of magic and sorcery, they founded themselves by using their power to find areas of connection to the other worlds so that they can hide there and study to their heart desire. They hold no quarrel with any race but are more than willing to harm those who harm them. Blood Elf are similar to High Elf to a point, for they share the same ancestral origin but they have different eyes that which are fully covered by a strong Red, Yellow, Green or Blue light that fill the eye because of their continued usage for their magic and the strong connection they have to it. A well known fact about Blood Elf is that they are easily corrupted by fey or demonic magic. When they absorb these types of magic using their abilities they become addicted and suffer withdrawal if they don't keep feeding themselves with it. In this regard, those Blood Elves who seek to make foul deals with evil creatures of the fey and fel will find themselves outcast or exiled from their own people.

Ability Score Increase. Your Charisma ability score is increased by 2. However your Intelligence is increased by 1.
Arcane Affinity. You have proficiency in the Arcana skill.
Arcane Acuity. When you score a critical hit with a spell, you can roll one of the spell’s damage dice one additional time and add it to the extra damage of the critical hit.
Arcane Torrent. When you reach 5th level, you can cast the dispel magic spell once, and regain the ability to do so after finishing a long rest. Charisma is your spellcasting ability for it. If you end a magical effect on a creature using this trait, you gain 5 temporary hit points.