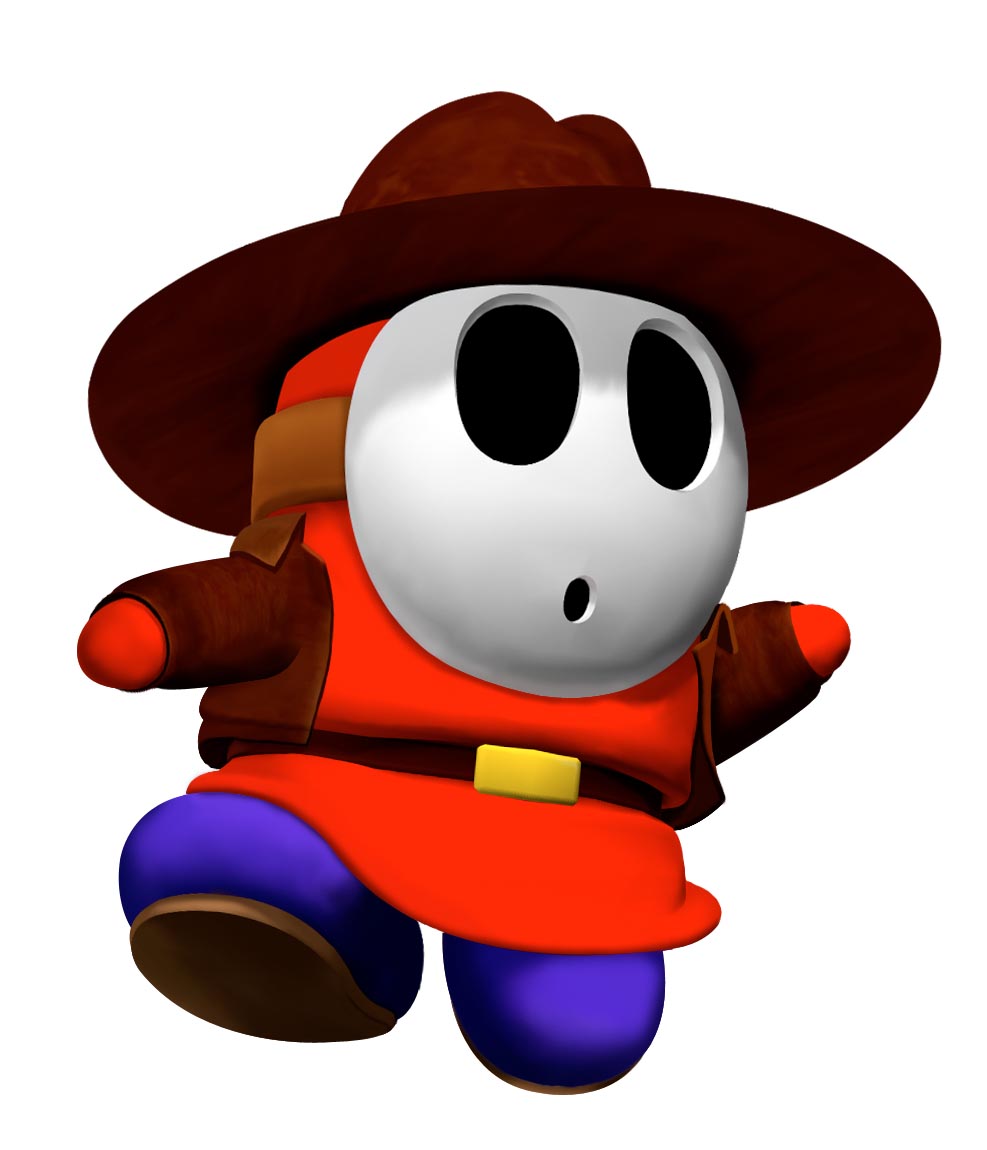 A typical Shy Guy with a hat.

A small humanoid runs towards you. It wears a white mask and a red robe and hood. It's entire body is concealed by it's garments. It raises it's hand, ready to strike.

Shy guys have never been seen without their trademark red robes and white mask. Most are loyal to Bowser through their leader, the mighty General Guy. Their base of operations is within the Shy Guy's Toybox. Long ago, when Bowser was merely a prince, the shy guys formed the bulk of the Koopa Troop. Their race orginates from the strange world of Subcon.

Shy guys run up to foes and slap them as hard as possible and then usually run away as fast as they can. They can summon reinforcements if necessary.

Summon Reinforcements (Sp): Twice per day a shy guy can attempt to summon another shy guy with a 45% chance of success.This ability is the equivalent of a 1st-level spell.