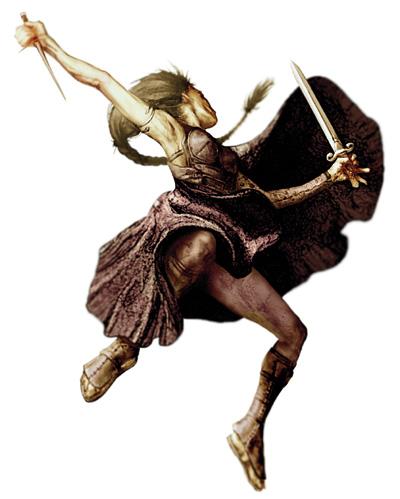 For most, shadow is merely the absence of light. It may even be thought of as a synonym for evil. You know better. You can conceal yourself in mere shadow and dance where nobody sees unless you wish it. Your knowledge of shadows enables you to summon a friend for yourself from your shadow, and dance from darkness to darkness, always too fast to be seen. You understand the significance of light and its necessity; for neither shadow nor light can exist without the other. Sometimes, when others cast you out for your knowledge of shadow, you seem to be alone. But you know that while shadows surround you, you will never be truly alone.

Hide in Plain Sight (11th Level): You can use the stealth skill to hide even while being observed. So long as you are in an area of dim light or darkness, you can hide even if you are not in cover or concealment.
Summon Spiritshadow (11th Level): You gain the ranger's beast companion class feature, with the following exceptions;
Darkvision (16th Level): You gain darkvision. You can see through supernatural darkness which even darkvision cannot normally penetrate, such as that caused by cloud of darkness.