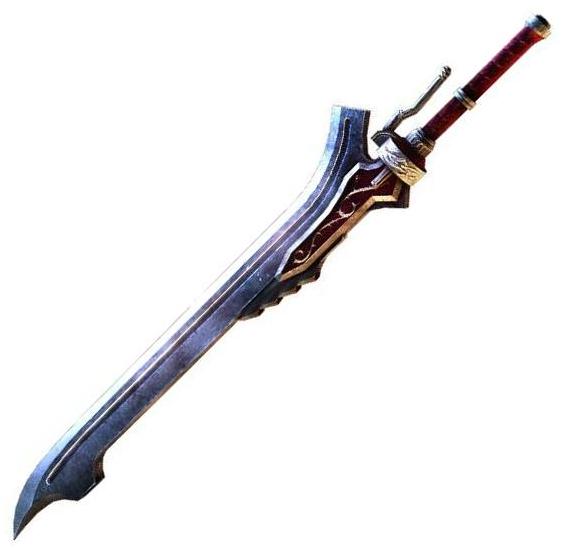 Goals of The Red Queen[edit]

The Red Queen is an object long forgotten, and carries within it the spirit of its creator. He is on a constant mission to save someone to whom he had been unable to, and now embodies those ideals on less of a personal level. Aiming to slay all unnatural monsters out of revenge, and prevent women from being drawn into the battles of men out of regret. Not having been one to back down in life, part of the reason for his demise, he attempts to shine that into anyone who wields him, encouraging them to never flee from a fight, regardless of the odds against them. There is a lot of regret and revenge inside of this sword, and it wishes for harm not to befall anyone unnecessarily.

When gripped for the first time nothing of any supernatural behavior happens, the weapon seems to be a normal sword, though a strange one at that. The First time the wielder uses it in battle they'll realize that something is strange, and understand that their rests a soul inside of it. However the legacy of this item will not reveal itself until the "Exceed" System is used, ether by fluke or understanding of the object through historical notations. Once unleashed there will be a connection between the two, and asks the wielder to take up his fallen quest of slaying demons and saving those in distress.

"Together we can purge the world of evil"
Enthusiastic about the job done in defeating those around the sword begins to channel his energy more into the owner than ever before. The spirit the lay within the sword is visible around the owners body as the blade is used. The two fight together as one making attack reach all the further.

"The World isn't nearly safe enough yet"
At this stage The Red Queen is unsure as to the path its owner follows, not willing to grant over all of its powers just yet, but their is still hope in it that the wielder will strive to meet its goal as well. However it will take much hoaxing to keep the sword from breaking out of this stage...

"Become One With Me and We Can Save the World."
The Sword feels as though the owner might have a personality compatible with its own, However it urges to feel more from them before opening itself up.

"You're Far too much like the demons i wish to destroy..."
The Sword no longer appreciates the company of its owner, and will punish the wielder until the owner gets rid of the sword, or acts more appropriately towards a relationship that it will enjoy.

"I fear I have angered forces far beyond my control."
At this point the sword is sending out waves of utter terror and futility. It wants nothing more then to be rid of its owner and will soon leave to find a better host.

"My Wielder is as much a demon inside as anything i would try to slay"
When the sword no longer wishes to stay with the person who holds it, it erupts into a burst of flames, causing 5 ongoing fire damage to the person holding it (save ends) and a burst 1 attack +15 vs Fortitude attack dealing 1d10 damage if its “Unsatisfied” Doubling the damage if it is “Angered”.

However in a case that the sword feels it needs to move on and help other souls obtain their power the sword emits a large blast of flame that seems to be alive and moves on, leaving a physical sword of the same type and style with this blade as a "Normal" amount of satisfaction.