The alleged "Impregnable Kingdom," Preius is a strong nation with multicultural roots which attributed to its success as both a military power and a diplomat. It was the largest kingdom on the continent of Bevel.

Banesend, the capital of Preius, is a bustling cosmopolitan center. 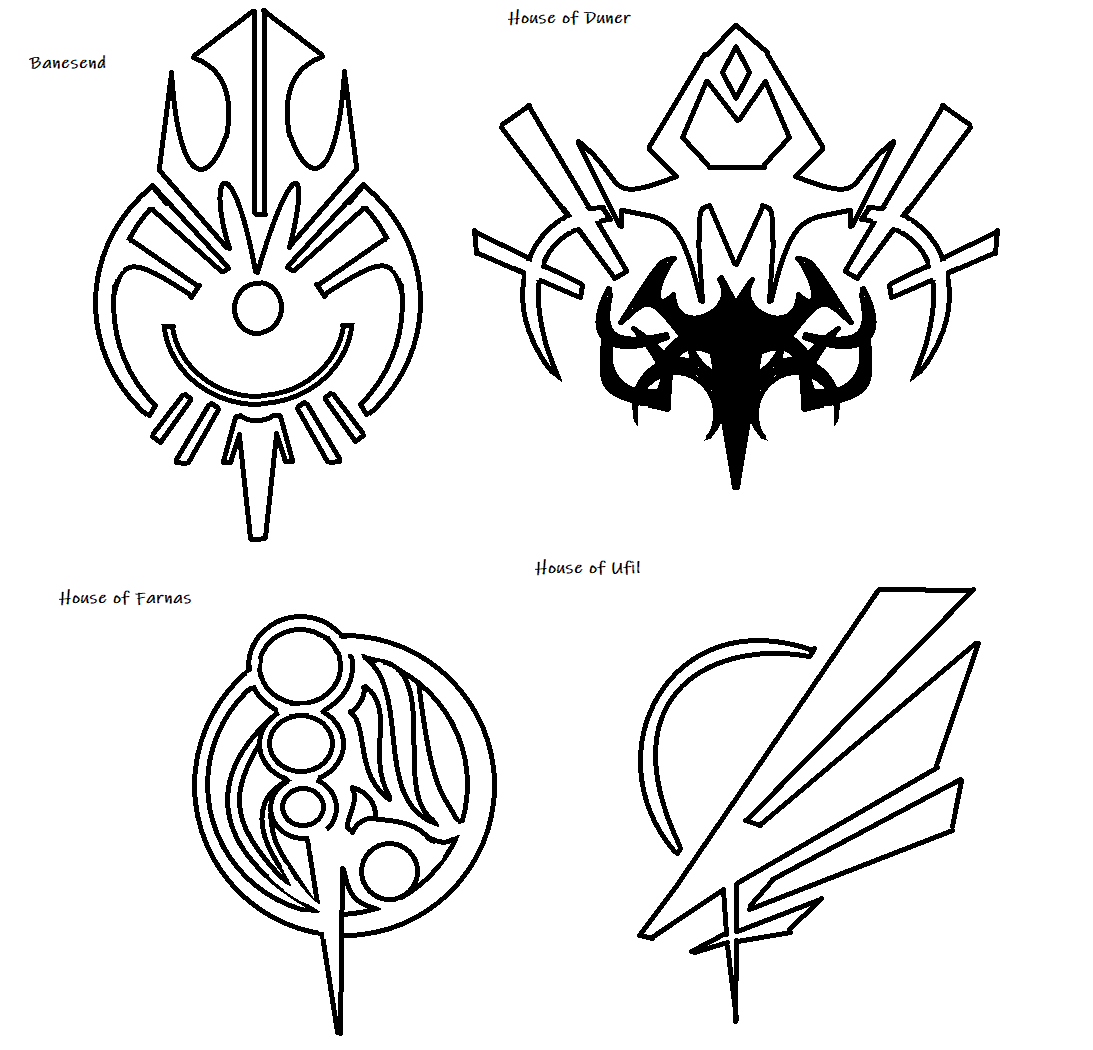 The capital and Three Houses of Preius

The military might of the kingdom is not only balanced by, but supported by the four powerful houses. They each hold power like a general in an army. The heads of the houses make up the main governing authority of Preius, rather than a single centralized figure. Banesend, the capital, is where the three ruling houses of Preius reside: Duner, Farnas and Ufil. They are not necessarily bloodline families and include members more like an organization. All three of them have reins of control spread throughout the country.

The Duner house is considered the operating core of the government, hidden behind the curtain of politics. They consist of two facets, the Faccia and the Noirblades. The Faccia are the political strongarm. They are extremely visible in public life and well versed in politics. They are known to negotiate on behalf of the house in the aristocratic council. The Noirblades are a more secretive facet of Duner. They are known to take part not only in the usual dirty business, like assassinations but also in espionage and other dealings beneath the table. Their expertise is invaluable when it comes to extending the power and influence of the aristocracy when diplomacy fails. Their members tend to be very duplicitous and well-trained in what they do.

Their house crest shows the predominant Faccia above, with radiance. This radiance is contrasted by the shadow that is the Noirblades. The symbol of the Noirblades is depicted as a black spider dragon. Their house colors are black and gold with green accents.
The House of Farnas

The Farnas are a powerful house occupied with convoluted laws and various forms of scholarship in Preius. They are often cited to be the center of school formations, magic laws, and legal rulings. They employ possibly the largest number of members of the three houses, gathering talents from even outside Preius. Where Duner is secretive, Farnas is complicated. They maintain a vast umbrella of schools all over the nation, as well as libraries and keeps of knowledge. Sites of religion sometimes are also sponsored by them. The central courts, the highest legal hurdle in the country, is predominantly members of the Farnas house, and they also vet nominations to judgeship. The Farnas are also holders of the largest magic research facilities on the continent, and they are also making forays into psionic abilities as well. This research serves to empower Preius' military capabilities, making Farnas a multifacteted necessity. As if that wasn't enough, the Farnas also hold a significant amount of power over the workings of the national economic policy, and also command the respect of artisans and merchants.

The Farnas house crest has four circles. They symbolize the four main functions of the house: economy, education, arcana, and law. They do not have specifically named factions like Duner. Their house colors are blue and gold with orange accents.
The House of Ufil

Ufil is the house of strength, controlling the manpower behind Preius' military success. While their main functions are within the military's troops, they also have connections with the farmers and hard laborers of the land, making them possibly the most representative family of the population. Military constructions are also overseen by this house, as opposed to Farnas' artisans. Thus, Ufil constructs the many fortresses, ships, and walls around Preius. Ufil is led by a series of old military families, but they commonly induct rising star members into their ranks. Training facilities across Preius also serve as recruitment points of the populace into the military. From these centers, Ufil also invests in the local infrastructure through the training of masons, woodworkers and seafarers. Weapon and armorsmithing standards are also set by the Ufil house, and they also oversee the creations of mines and forges.

The colors of the Ufil house are supposed to resemble dawn on the side of a mountain. Some say it actually looks like a wing. This design was made due to the founding families of Ufil having a lot of symbols of the sky in their own family shields. Ufil's house colors are silver and cobalt blue.