Pit Drones are the weakest troopers of the Race X army. They are often found in packs or with the higher ranking Shock Troopers to command them. They have spikes growing from their cranium that they can forcefully "shoot" at a target. 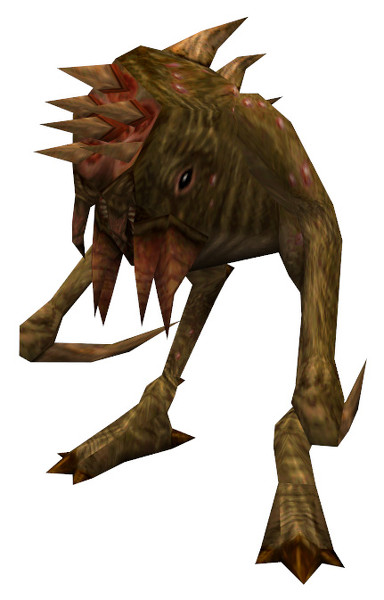 "I'm afraid I have trapped myself here, to escape those... beasts."

Pit Drones prefer to use their ranged spikes to weaken opponents before rushing in to attack as a pack. They use their superior numbers to their advantage to flank, surprise, and outmaneuver their opponents. A Pit Drone can run out of spikes to shoot. Each Pit Drone originally has 8 spikes. They regenerate these spikes at 2 per hour.