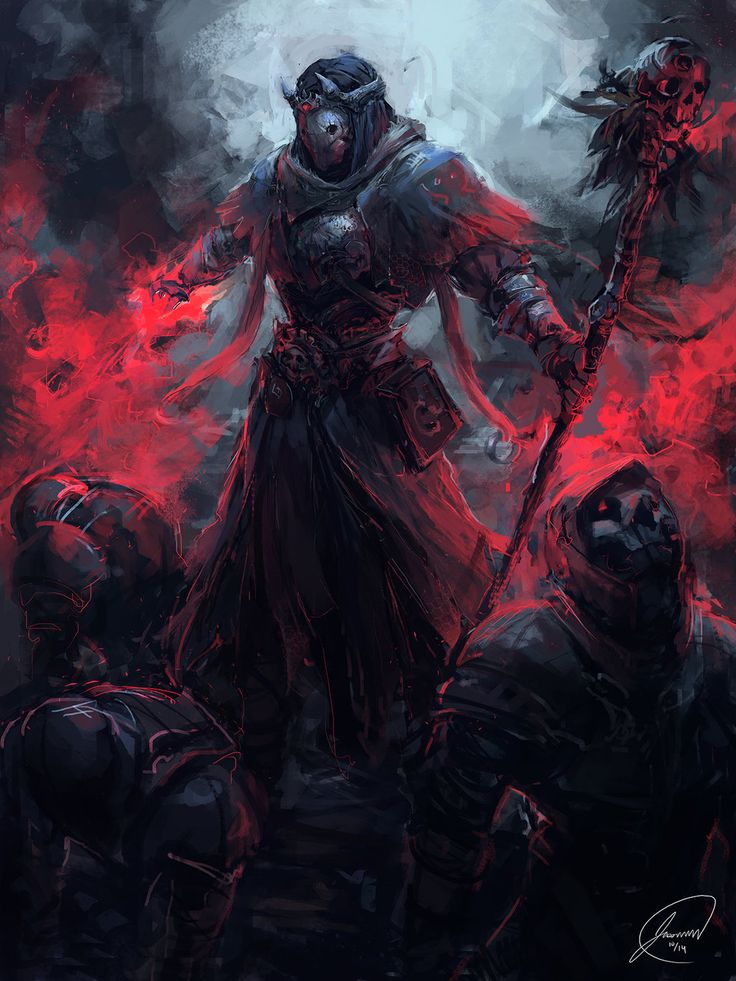 Shadows leap from corner to corner, walls of flames erupt from nowhere, a disembodied eye stalks the shelves of an inn; these are the calling cards of a Master of Fell Secrets. These particular Warlocks search to expand their fiendish power through the increasing use of their invocations. While not forgoing the use of their eldritch blast, they do use a variety of other trickery and expanded powers to continue their quests and plots.

Becoming a Master of Fell Secrets[edit]

Master of Fell Secrets are Warlocks who rely less on their eldritch blast, and more on the utility provided by their invocations. Be it by summoning elementals, taking control of the mind of an enemy, or covering the battlefield in a noxious gas, Masters of Fell Secrets always try to avoid engaging in combat directly.

All of the following are class features of the Master of Fell Secrets.

Warlock Abilities (Ex): Your levels in this prestige class stack with your levels in your Warlock Prestige class for determining what type of invocations you have access to at any given level. Additionally, your Eldritch Blast damage and Damage Reduction abilities continue to increase at the same rate.

Improved Invocation (Su): At every level, the Master of Fell Secrets improves one of his existing invocations as per the list below and can choose a new one from the list as they progress. He must know the invocation before electing to improve it with this class ability. Benefits only apply when the invocation is used or while it is in effect. Once the invocation is chosen it cannot be changed.

Masters of Fell Secrets in the Game[edit]

Masters of Fell Secrets don't tend to be the easiest to work with in adventuring parties but they do tend to valuable assets or terrible enemies to any group.

These special kinds of warlocks tend to be slightly more power hungry and a overall more pretentious than regular warlocks. As a character they will look down on regular arcane casters, viewing their methods to be insufficient since invocations can be used any number of times they wish. With combat focused characters they tend to get along, allowing the brutes to be used as a shield for their fiendish powers. After all better them take the beating then the Master. As NPC's they will play similarly, usually traveling alone though some through history have started academies to teach other lost warlocks of their ways, while most who do this end up starting a kind of tyranny over their local towns or cities, some out in the world truly wish to teach...albeit to increase their own power.