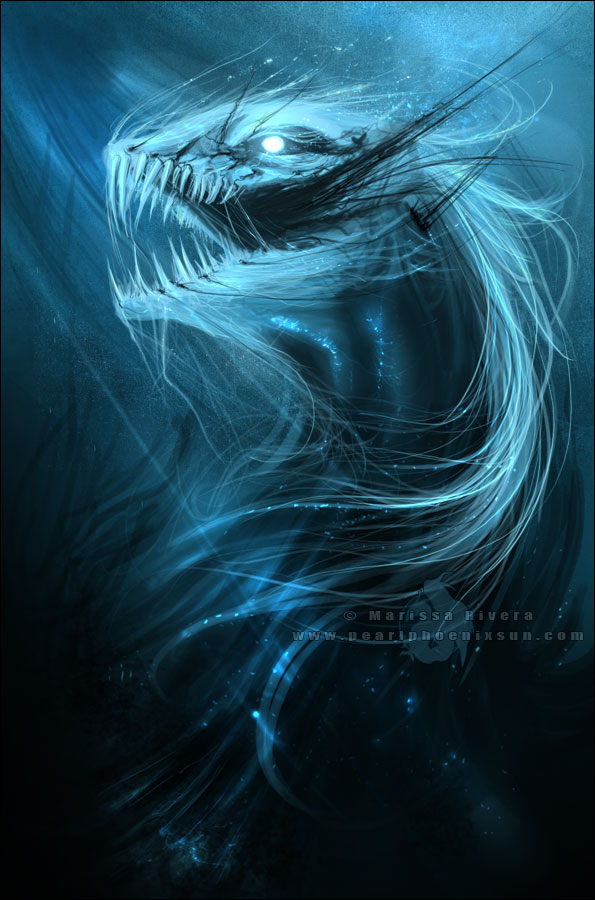 The world was quiet save for the crumbling of stone in the distance and the dripping of some ancient liquid from the ceiling high above. Then there was a sound, a distant cackle that seemed to emanate from all directions. Suddenly the air grew cold, and a pair of psychotic eyes peered out of the darkness at us. Before we could even comprehend what was going on, the devil was upon us, cackling insanely as it tore though flesh and metal.

Madness devils are believed to be the incarnations of insanity by most beings, including other devils, who do not truly know where madness devils come from and merely assume they are of their own kind due to the fact that they are immune to the majority of the madness devil's attacks. Devils do not usually employ the help of madness devils, seeing as they are insane and effectively unreliable, though, in conditions such as cease fires, it isn't uncommon for madness devils to be sent in since their actions can be written off as "by their own volition".

Madness devils are volatile enemies in combat who can reduce the sturdiest man to tears with their terrifying screams and horrid presence. The motions of a madness devil are unpredictable and terrible to behold despite the fact that they are lawful. Upon the battlefield madness devils often scream and cackle as they surge through the ranks of their enemies, ripping out vital organ with their violently toothed mouths as they go.

A madness devil’s natural weapons, as well as any weapons it wields, are treated as evil-aligned and lawful-aligned for the purpose of overcoming damage reduction.

Death Throes (Su): When killed, a madness devils screams a single, unparalleledly loud scream, dealing 18d6 points of sonic damage to everything within 100 feet (Fortitude half DC 21). The save DC is Constitution-based.

Fear Aura (Su): A madness devil can radiate a 25-foot-radius fear aura as a free action. A creature in the area must succeed on a DC 24 Will save or be affected as though by a fear spell (caster level 14th). A creature that successfully saves cannot be affected again by the same madness devil's aura for 24 hours. Other devils are immune to the aura. The save DC is Charisma-based.

Gaze Attack (Su): A madness devils eyes are said to be windows into the darkest depths of insanity itself. All characters within the madness devils line of sight and within 30 feet of the devil must attempt a Will save (DC 24) each round at the beginning of their turn or be affected as though by a feeblemind spell cast by a 14th level caster. This attack is a mind-affecting compulsion effect. Other devils are immune to this attack. The save DC is Charisma-based.

Incorporeal: A madness devil can be harmed only by other incorporeal creatures, +1 or better weapons, magic, or psionics, with a 50% chance to ignore any Damage from a corporeal source. It can pass through solid objects at will, and its own attacks pass through armor (except for its bite attack, which is treated as if a corporeal attack). It always moves silently unless it chooses otherwise.

The check DC is Charisma-based. The confusion effect of madness is a mind-affecting compulsion effect.

See in Darkness (Su): Madness devils can see perfectly in darkness of any kind, even that created by a deeper darkness spell.

Spell-Like Abilities: At will—death knell, greater teleport (self plus 50 pounds of objects only), silence, ventriloquism; 3/day—confusion, eyebite; 1/day—insanity. Caster level 14th. The save DCs are Charisma-based.