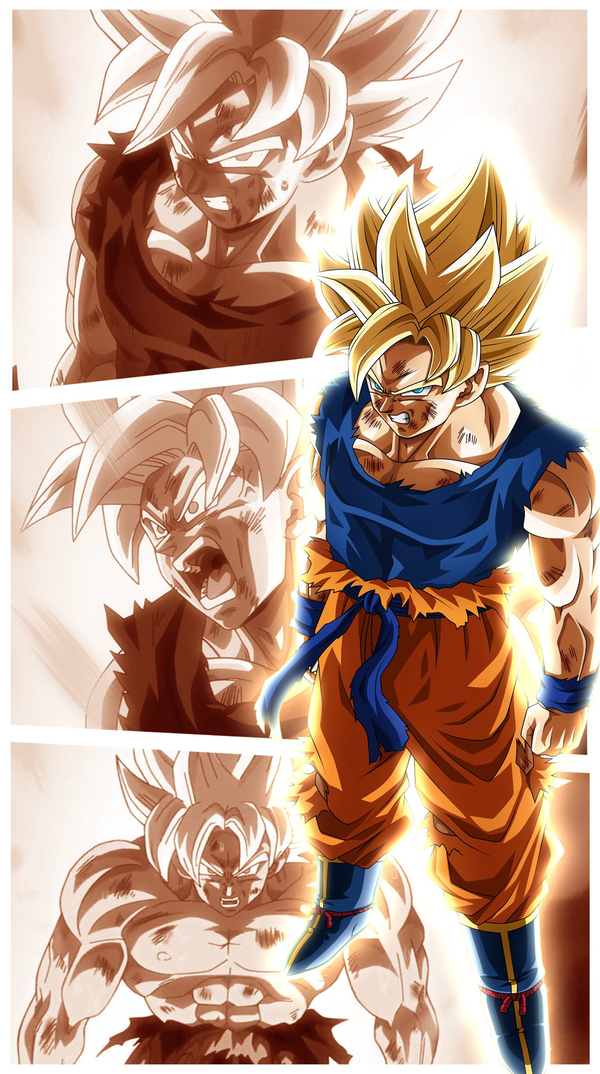 Monk Subclass You have grown accustomed to leading the charge through valor, bravery and will always defend whats right.

As a Saiyan/Monk you have access too three resources called, Ki, Super Ki and Chi.

Super Ki is a unique Resource to this subclass, It's dependent upon your Super Saiyan level, This is a critical resource and should be spent wisely.

Chi is a unique Resource to this subclass, It's based upon your Level + Wisdom Modifier

All Super Saiyan abilities carry to your latest variant of Super Saiyan, however Ultra Primal Instinct is its own state.

You may only be effected by 1 transformation state at a time.

Your Khamehameha Wave travels a massive distance, However is limited by the map itself, For balance purposes the Khamehameha cannot penetrate walls.

If your dm allows it, You can buy a Medicine Kit and rename it to Senzu Bean Pouch,

It'll function the same, just adds abit of flavor to your Saiyan.

At level 3, You grow a tail(If you have one already, great!)

Should an enemy grab your tail you will be under the grappled state, You might roll a contested Strength against the target, however you will have disadvantage.

Due to having this tail, your more agile and can balance upon things most people cannot.

If you are defeated in battle and fall unconscious, Upon waking up gain an additional 10 Temporary Health + Con Modifier , this hp is lost upon a short or long rest.

Having a tail you gain access to the Oozaru.

As an Action, Place your hands together and unleash a large blue beam, This consumes 1 points of Ki to deal 1D8 force damage in a straight line up to 80 feet.

This attack does not bypass walls.

Consume 1 Ki per 100 feet. Your base movement is used. Consume an additional 1 ki to boost your movement by 10.

Consume an action and a point of Chi, Throw a ball of energy at a target creature within 60 feet,

Consume an action and a point of Chi per Ki Blast, You Throw Multiple balls of energy and hurl them at targets within range.

You can hurl them at one target or several. Make a ranged spell attack for each ball

Should you have your tail and be in direct sight of a Full Moon for up to 2 minutes you will transform into a blood thirsty Oozaru.

The DM will take control of your character and you will attack and destroy your surroundings prioritizing living creatures.

This creature will carry the same stats as the Saiyan whom transformed however their AC +2 +50% of their maximum hp as additional health.

All skills will be locked and usage of weapons.

The player will not be allowed to control their actions unless they succeed a Constitution check (14).

They will attack ANY creature within the vicinity should it be considered alive.

The Oozaru has two abilities.

The Oozaru will typically only use the Ki Wave should a target attempt to run away. The Oozaru will not show any form of mercy if the player does not succeed a Constitution check (14).

At 6th level, You get 3 points of (Super Ki) charges, these are replenished on a short or long rest.

Should an attack otherwise kill you and you have a Super Ki remaining, expend a single Super Ki and force your hp to 1

triggering this will automatically activate your Super Saiyan Transformation should you not be within it.

Expend one Super Ki to transform into the Super Saiyan Gaining Access to the following.

Expend one Super Ki to transform into the Super Saiyan 2 Gaining Access to the following.

As an Action, Place your hands together and unleash a large blue beam, Consume 2 points of Super Ki to deal 3d10 + Wisdom Modifier force damage in a straight line up to 120 feet. 11th level (4d10), and 17th level (5d10). This attack does not bypass walls.

Expend one Super Ki to transform into the Super Saiyan 3 Gaining Access to the following.

You will require the Saiyan Tail to achieve this form

Expend one Super Ki to transform into the Super Saiyan 4 Gaining Access to the following.

All unarmed attacks deal an additional D4 fire Damage, Additionally your Khamehameha waves fired from this from also deal Fire Damage and the beam is Red.

You get 6 charges of Super Ki, these are replenished on a short or long rest.

Expend one Super Ki to transform into the Ultra Primal Instinct (Does not stack with Super Saiyan) Gaining Access to the following.

Receive Advantage on all saving rolls & add 20 to base movement. You cannot trigger attacker opportunity by any means & you may use your bonus action to prepare a counter stance.

Should an enemy attack you with a melee strike, reflect the damage they would otherwise deal to you and sending the attack back at the attacker making the attack a critical, pushing the target 15 feet away.

Intelligent enemies that have seen this stance may be wary to attack you.

You may revive an enemy killed by your hand, this will expend 3 Super Ki.

The creature revived will be under the effect of "Charm".