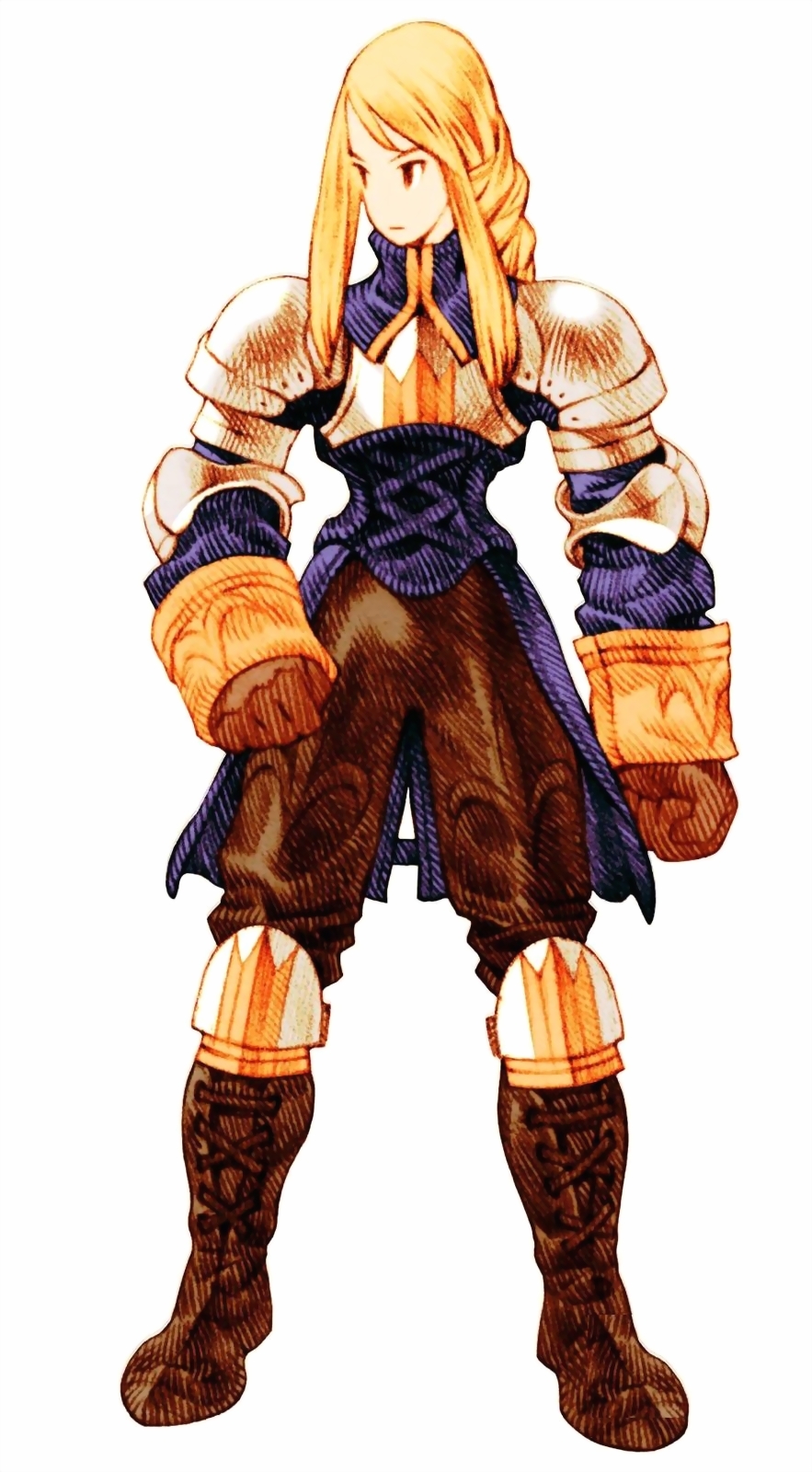 Holy Knights are strong-willed, and incredibly loyal people, and often devoted towards serving a particular lord or regent that their patron deity has evoked his support for. They wield wondrous powers, granted by their God, and use them to smite their enemies, as well as inspire their allies. While a Knight may be skilled in any weaponry, they can only use their deity's favored weapon to call down their powers.

A Holy Knight absolutely must have a deity, or they have no power.

Holy Knights are direct servants of their gods, and answer to no higher power than the gods, themselves. This means that unlike Paladins, they are not held to any code of conduct besides what their deity prohibits. On the opposite side, their powers are distributed more in their Holy Sword abilities, rather than any divine spell-casting. Despite this, their relationship with other members of their Deity's faith are not strained, with each side representing different needs and strengths.

Holy Knight's wield a special power, of Divine origin. Their abilities are entirely dependent on their relationship with their patron deity. All of the following are class features of the Holy Knight.

Prayer (Ex): Holy Knights are able to communicate with their patron deity, often when they need to decide on what to do in order to best serve them. This ability functions as the Commune spell, and is usable at will.

Holy Sword Techniques: The Holy Knight employs abilities of divine power, often dealing high damage from a distance: A swordsman's dream. A Holy Knight may use all currently available techniques at a collective maximum of his Charisma Modifier + 3 times per day. All damage done by the following abilities is considered to be sacred damage. Furthermore, all techniques are only usable if the Holy Knight is using his deity's favored weapon. Each attack has a different range and effect. Finally, all attacks must succeed an attack roll against the target's touch armor class.

Judgement Blade (Ex): By swinging your weapon, and shouting "Life is short... Bury! Judgement Blade!", you summon divine shards of ice to fall onto your opponent. The attack does 2d8 sacred damage, and an additional amount of damage equal to your Holy Knight level. This damage applies to your opponent, and all targets adjacent to him/her, friend or foe. It also has a 20% chance of causing those struck to become stunned. This attack can only be used on targets at 10 feet of range.

Hallowed Bolt (Ex): By swinging your weapon, and shouting "Absorb Power from the Sky... And Strike! Hallowed Bolt!", you can call divine bolts of lightning down upon your target, dealing 3d8 damage, and an additional amount of damage equal to your Holy Knight level; half Sacred damage, and half Electric damage. This attack applies to your target, and all targets adjacent to him/her, friend or foe. It also functions as the Dispel Magic spell, with your Holy Knight level as the caster level. This attack can only be used on targets at 20 feet of range, or shorter.

Cleansing Strike (Ex): By swinging your weapon, and shouting "I sense the devil's spirit of recklessness... Cleansing Strike!", you can cause a deep, unseen wound to appear in your opponent, dealing 2d4 sacred damage, and an additional amount of damage equal to your Holy Knight level. This damage applies to your target, only. The target also takes 1d10 sacred damage each rounds, for three rounds thereafter, as well. This attack can only be used on targets at 20 feet of range, or shorter.

Northswain's Strike (Ex): By swinging your weapon, and shouting "The doom of a planet.. No! Northswain's Strike!", you can cause a shock to the target so powerful, they might instantly incapacitate themselves. This attack deals 2d6 sacred damage, and an additional amount of damage equal to your Holy Knight level. This attack applies to your target, only. When damage applies, the target must make a Will Save (DC equal to 10 + 1/2 Character level + CHA modifier) or die, instantly. Creatures immune to critical hits are also immune to this death effect. This attack can only be used against targets at 10 feet of range, or shorter.

Divine Ruination (Ex): By swinging your weapon, and shouting "Heaven's Wish to stifle all evil minds... Divine Ruination!", you can cause a blast of divine energies hurtling at a string of opponents. This attack is effectively a Breath Weapon in the form of a 60 foot line, doing 4d10 Sacred damage to any living creature, friend or foe, caught in the line, plus an additional amount of damage equal to your Holy Knight level. This attack applies to any creature caught in the line. You do not need to target any particular opponent to use this ability, but the line is always 60 feet in one direction. Anyone taking damage may reflex save for half damage.

Bonus Feat: At every other level, beginning at 2nd, Holy Knights may take a single bonus feat from the Fighter's Bonus Feat list.

The Greater Good: Holy Knights are recognized by their deity as one of the greatest and most devoted followers they have, as well as a very powerful force of their will. All holy sword techniques become more powerful, symbolizing the approval of the god. All damage die for Holy Sword Techniques are increased by one. (2d8 -> 2d10, 1d4 -> 1d6)

If a Holy Knight denounces his patron deity, or is rejected by his deity for acting against it's whims, he loses all class features of the Holy Knight class, as well as the ability to take anymore levels in the class. This cannot be undone by the Atonement spell. It can only be reversed by the whim of the Deity, or by finding another deity who might receive your service.

Holy Knights in the World[edit]

Where Clerics are the hand, and Paladins are the shield, Holy Knights are the sword. They reserve the ability to strike beyond the means of Clergy and Crusader, both in practice and in combat, and are one of the most powerful forces at their deities disposal. They are often seen commanding large units of Paladin or Cleric forces, as well as governing cities. They might also serve lords that are blessed by their deity, as well.

NPC Reactions: Clerics and Paladins of the same deity tend to respect Holy Knights, and even admire them, in some cases, as they are directly chosen by their deity. When of indifferent deities, they respect them, for having been chosen by the deity, but do not respect their authority. Clergy and Paladin orders that serve opposing deities might fear and/or hate them, sometimes hiding from them, or openly defying them. Other classes are largely based off of their religious beliefs, or their combat skills.

Characters with ranks in Knowledge(Religion) can research Holy Knights to learn more about them. When a character makes a skill check, read or paraphrase the following, including information from lower DCs.