Hocheim is a kingdom located in eastern Himmländ. They have been considered one of the most influential if not one of the strongest kingdoms of the Old World. While they are formally a kindgom, the rule is a bit loose, like a confederacy or feudal state almost. Their nation's colors are silver, light blue, and black. 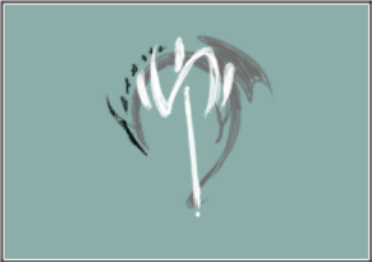 Hocheim is mainly inhabited by a variety of humanoids, mostly humans and dwarves. Their proximity to the mountains has lent a unique culture to them endowed from that of giants and savage orcs. There are four main tribes of humans: the people of Mnuik, Arbasch, Tocht, and Jäger. One united dwarven clan resides in the east here in contrast, the clan of Eirenschlag.

The people of the Mnuik tribe live near the northern ridges of Igdrys' Scepter. They monopolized the mines there, which held loads of ores including the legendary ice iron. This became their livelihood, and they specialize in the production of weapons as well as armor and other metal ornaments. Due to their trade, they maintain close business with the dwarves of the region, and have had perhaps the best of relations among humans on the continent. Mnuik peoples are often described as very withdrawn and pragmatic, like the dwarves themselves. They have stocky builds and are well adapted to both the heat of the forges as well as the chill of the northern arctic.

People of Arbasch are centered around the shores in the east, and consist of about 14 individual family groups. Some of them occupy the floating isles off the coast, and so they are sometimes considered a bridge between Himmländ and the Sarushian Isles. Their livelihood is based on fishing, and they are extremely adept at aquatic transport. Many are able seamen, and they hunt even larger game, such as whales at times, or even morkoths to steal their hoard. These hearty peoples are characterized as warm and inviting when they accept an outsider. Otherwise, they appear a little cold and impassive.

The so-called "Tribe of Daughters" is the smallest of the tribes of Hocheim. They are a female-exclusive tribe and they live mainly inland, but are known to migrate around all of Hocheim in a nomadic fashion. They replenish their numbers by picking up orphans from the towns they stop by. This created some issues historically when they were known to sometimes kidnap women and babies to induct into their group. However, due to their infamous battle tactics, few usually spoke up against them when they stayed. Often, they traded in furs and pelts from the fearsome beasts they hunted, and were also adept at processing plants and animal remains into clothing and jewelry. Due to their focus on hunting and gathering, it is rumored they were originally a part of the Jäger tribe before a falling out split them. The people of Tocht are a proud tribe and they look down upon males and females who become "domesticated" by marriage.

The Jäger people are aptly named "Hunters." They are a tribe focused along the south of the kingdom, where there is the wilderness of the tundra and sparse, pristine forests. Unlike the Tocht tribe, they are not nomadic and settle in a rather primal fashion among the trees, living off the land. Their communities are spread out across the forest coast, and have a very gender-specific stratification. In their communities, women rarely are allowed to hunt, instead reserved for the practices of child-rearing, house-keeping, and other mundane chores. They are however allowed to aid the men in weapon production and upkeep, but they are not taught to use it themselves. Men are committed to hunting and protecting their tribe from invaders like the monsters of the mid Scepter as well as the wild.

This dwarven clan, literally named "Iron Hammer," is the sole dwarven authority in all of east Himmländ. They originally held only formal relations with the people of Mnuik. However, after the Treaty of Gósoł (pronounced gu-seel), they joined the table with all four human tribes and established the Kingdom of Hocheim. Like most dwarves, they live by the hammer and forge, being experts in mining and production and processing of metal to produce amazing products of artistry and craftsmanship. Their numbers are about 2/3's that of the human population of Hocheim and they are highly revered for their skill. It is believed that they occupied the land first and then aided the human settlers who arrived later.