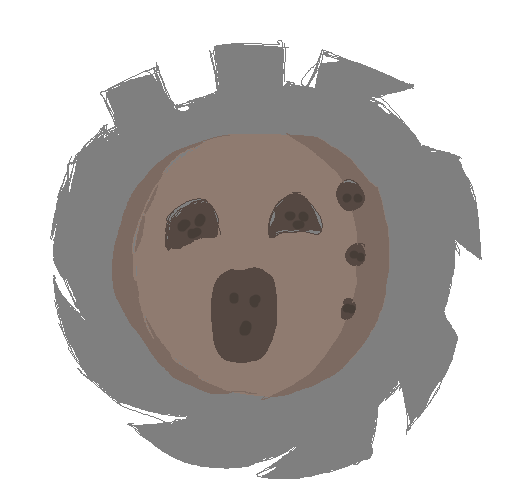 He'Nth is a minor deity, and sister to the goddess Valia. She is sometimes referred to as the goddess of ugliness in a derogatory sense. In the Old World, while she loved her sister, she remained an unaligned god in the world. After Valia's fall at the Gorge's aftermath however, He'Nth has taken up her mantle of searching for heroes who might dispel the grip of the Void on the world.

She does not solicit followers, though some naturally find their ways to her. Her ways of teaching are:

He'Nth often appears as an old, decrepit woman in a ratty shawl and holding a staff which rarely looks the same twice. But the staff will always usually have some kind of face, metal, and holes on the side, through which it can be played like an ocarina. He'Nth is said to be extremely ugly, having been born appearing like an elderly woman even. Her sister, Valia, was a beautiful goddess, but she never neglected He'Nth. He'Nth loved her sister dearly but did not find favor in the Four Meditations Alliance. While she did view the Four Deeds with distaste, she disliked conflict even more.

After the death of Valia, He'Nth was inconsolable. However, she vowed to vanquish the void with the heroism her sister gifted to the mortals. As such, she sends out her followers in the form of magic merchants to aid heroes in the world of Shard Ne'Vaal. She transports promising souls to the Valia Isles, where they will pass a grueling series of tests to prove themselves worthy of freeing the world from the grasp of the Void.

He'Nth had good relations with her sister Valia, despite the big difference between the two of them. Where Valia was full of zeal and admiration, He'Nth was withdrawn. Valia was one of the Four Meditations Alliance, but He'Nth chose to remain neutral. Despite this, He'Nth did love her sister, and she grieved for her when the Gorge extinguished her life forever. thus, she seeks to preserve the legacy of the goddess of victory, and she tends to the Valia Isles.