The Green Lands, located in the northwestern corner of Patronage, as the name implies, is a verdant land, though very little of it is actually farmed. Rather, the terrain an odd assortment of jungles, meadows, swamps, forests, grasslands, and brushland. The terrain is grouped with no cognizable rhyme of reason because these lands are not created by the natural wend and weave of erosion, rivers, and weather, but by the will of the Oni Patrons who govern the Realm. They have created a patchwork of various terrains in order to better challenge themselves in their eternal wargames.

The Oni conduct their maneuvers in relative peace, sheltered to the south and east by mountains, and to the west and north by Mists. Only a narrow pass between the Fire and Ochre Mountains allows access to the Free Kingdom of Verdant, itself rumored to be governed by a rogue Oni. 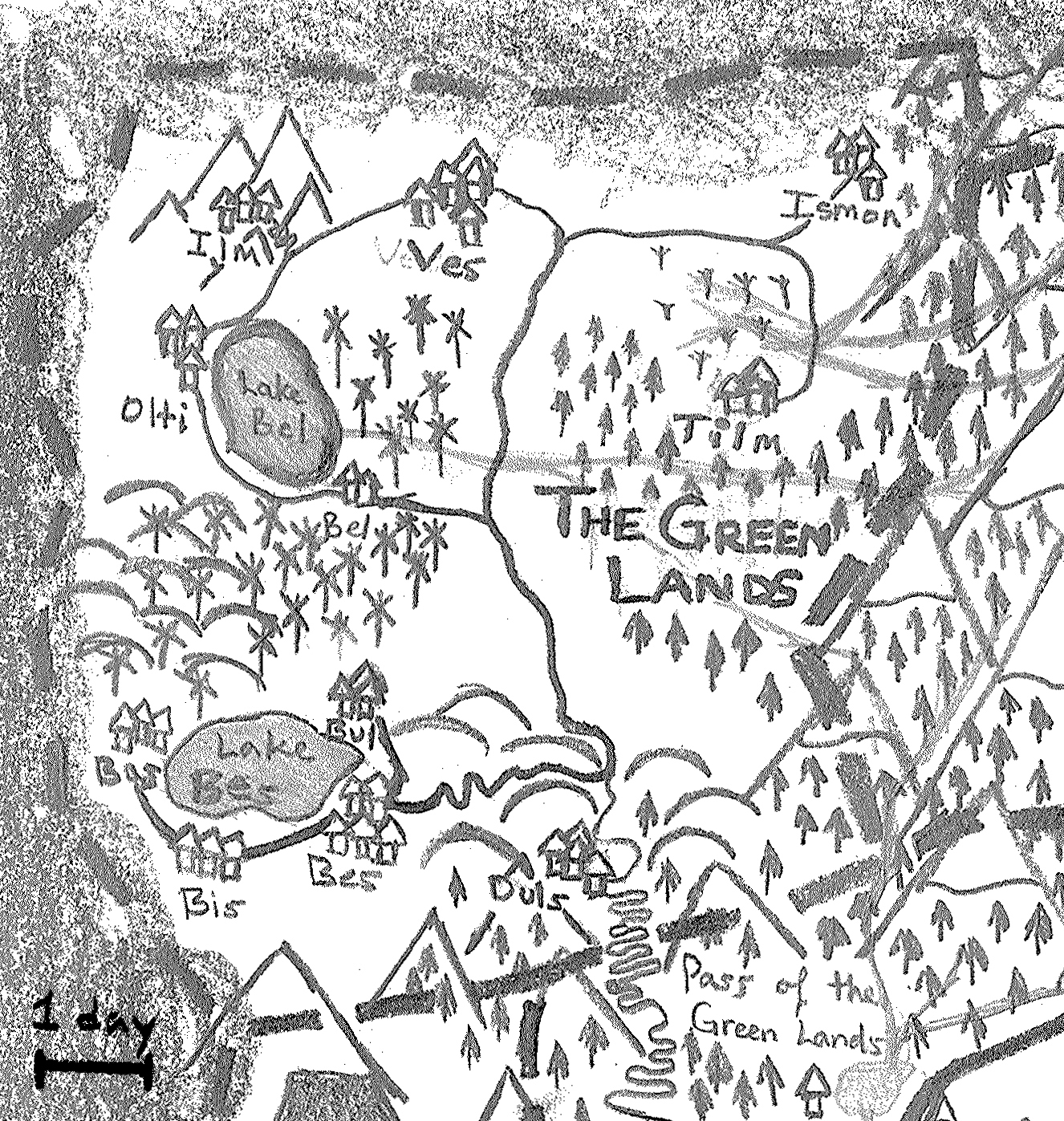 The Green Lands. The map's scale is based on the average medium race's walking speed.

The Oni each command their own armies of orcs and half-orcs from secluded bases throughout the Realm. They throw these armies at one another in complicated well-executed maneuvers and then retreat to their bases once more to replenish the slain. It is unclear what the Oni gain from these maneuvers; perhaps, they merely enjoy the spectacle. It is not believed that the Oni ever take a direct hand in the battles, and there is only one legend of two Oni ever facing off against one another, but over what nobody can say.

The Oni's subjects are arranged in military regiments, and military discipline is the culture of the Green Lands. Orcs and half-orcs exist to serve their Oni warlords, and to rise in the ranks through displays of valor, courage, and skill. The worst crime in the Green Lands is disobedience and the punishment for almost any crime is death or, worse, exile to the anarchic Free Kingdoms.

Despite their belligerent nature, the Oni have interfered in the lands beyond the Green Lands infrequently. When the settlement of Dragonseye was first founded, some ambitious Oni known as the Immortal led its army across the Dragonslands to crush it, only to be stopped by the power of the city's Great Wheel.

After the halfling Empress Lucinda destroyed the Dragons and vanquished the Anthropophagi, she turned her sights on the Oni of the Green Lands. However, her armies rebelled before they engaged the armies of the Oni. Neverthless, shortly thereafter, orcs and half-orcs began to desert their companies and their Oni for the relative freedom of the Free Kingdoms. According to those stories preserved from that time, in preparation for Lucinda's invasion, the Oni had begun to impose draconian levels of discipline, even torturing their own soldiers, not or disloyalty, but merely for not meeting ever-increasingly impossible standards of behavior. 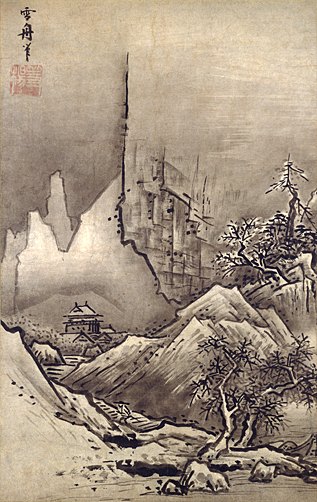 The Green Lands shape themselves to the wills of their Oni masters.

Three hundred years after Lucinda's disappearance (about 1,500 years ago), a massive exodus of orcs and half-orcs flooded the Free Kingdoms from the Green Lands. Few of the exiles would speak of what had occurred, but as best as can be determined, there had been a civil war in the Green Lands. One Oni had apparently instructed her troops to directly attack another Oni. The troops could not bring themselves to do this and they broke ranks. The Oni sent other loyal troops to slaughter her army, which was then set upon by the troops of the Oni she intended to assassinate. Most of the orcs and half-orcs were slaughtered, but some of them fled into the wilderness at the feet of the Fire Mountains, and founded the secret city of Ramhead.

A thousand years ago, an Oni led his troops outside the Green Lands and occupied a new territory. This Oni also called himself the "Immortal", although it is not clear whether this is the same Immortal who assaulted Dragonseye. The Oni directed his troops to experiment and explore new fighting styles, which had been developed in the Free Kingdoms. The Immortal also explored the connection between martial prowess and mental states of mind. This land would eventually be recognized as the Free Kingdom of Verdant.

The Oni remaining in the Green Lands seemed remarkable sanguine about the defection of one of their own until 2488, when the Immortal appointed an elf, Queen Tsune, to rule Verdant. Shortly thereafter, an orc named Ranshi founded the Pure Land Sect, a group dedicated to cleansing Verdant and all the lands between the Barrens and the Green Lands of any race other than orc or half-orc. Ranshi claimed that the Immortal was a false Oni, and that he had received a vision from the true Oni that they would soon arrive to reclaim Verdant as part of the Green Lands.

A hundred years later, a lone Oni did reportedly leave the Green Lands. Verdant sent armies to stop it, but the Oni countered every force sent against it. The Oni cast a spell to enshroud the lands around the Immortals' tent in darkness. Witness report hearing the sounds of battle and of argument in a strange unknown language. The battle, known as the Immortal War, raged for three months with no rest or respite. Finally, the darkness lifted and only one Oni remained standing -- the Immortal. The Immortal had slain a fellow Oni. This was the first Patron to be slain since halfling Queen Evara slew an Avatar with the Evararm, and the first Patron known to have been slain by a fellow Patron. The Immortal lifted the Oni's lifeless body and carried it hundreds of miles into the Green Lands. It is said he wept with every step. The Immortal returned to his tent shortly thereafter and returned to his passive oversight of Verdant.

The Oni of the Green Lands have not interfered in the Free Kingdoms since.